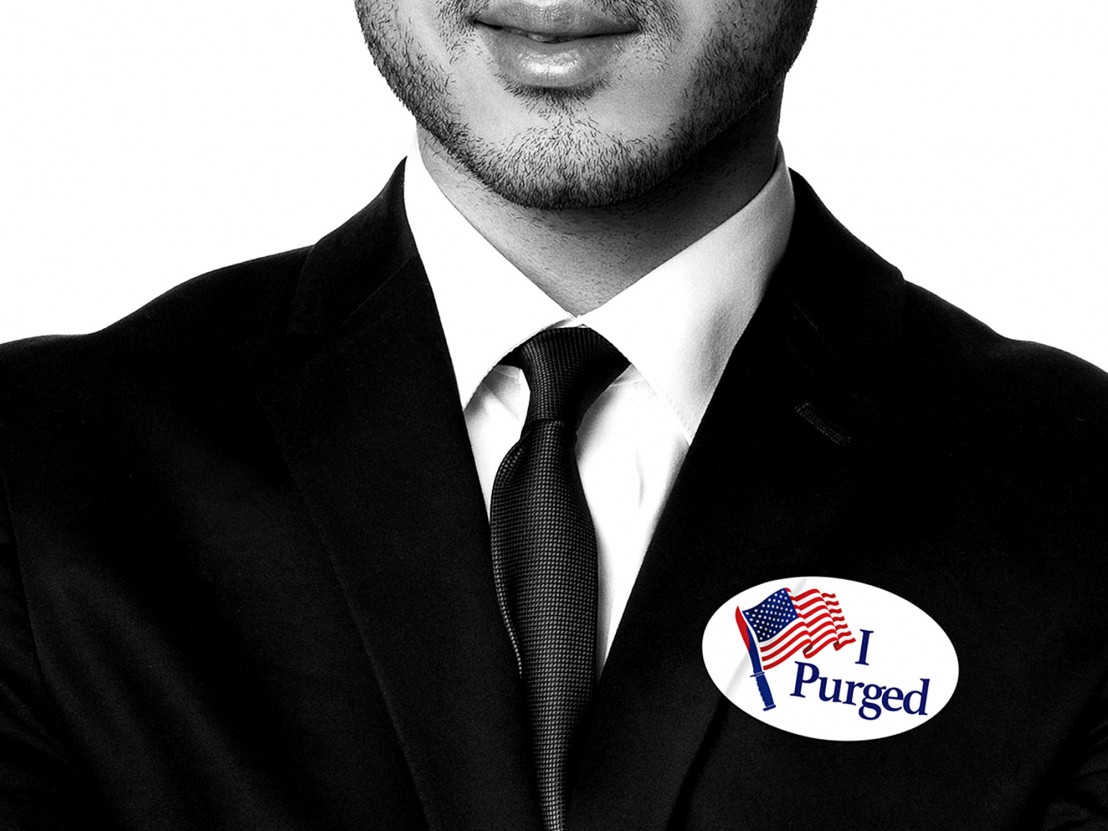 In a recent interview, defeated Jeb Bush strategist and sarcastically sanguine hired-gun Mike Murphy, happy at the thought of a contested GOP convention, expressed a longing for the old smoke-filled-room days of American democracy when elections were won (as he recalls it) less by the ballot box than the principled application of favours and the occasional threat: “You’d just pack a quart of liquor, a revolver, and go to the convention.”

What we’ve seen over the past year on the scorched-earth plains of American electioneering, though, resembles not a return to the grand old days of two-fisted retail politics but another entry in the subversively political Purge series – the horror franchise set in a near-future America where each year all laws are suspended for a 12-hour-long spree of supposedly cathartic violence called “The Purge”.

The first film hit theatres in 2013. It was a time when the tide of Tea Party individualist anti-collectivism had peaked but was still frothing up parts of the electorate who couldn’t reconcile to a country perceived as slipping from their control. Outwardly the film was a semi-futuristic home-invasion thriller in which Ethan Hawke defends his home against Purgers; neighbourhood dads competing over proper fortifications like they might do their front lawns today.

Yet writer/director James DeMonaco conjured darker shadows behind the plot’s obvious violence by highlighting the Purge’s reactionary roots. He tosses a thematic flash grenade into the room by (as conservative talk radio habitués would likely call it) playing the race card. The Purgers aren’t just random thugs; they’re country-club preppies looking to clean the streets of “filthy swine” like the homeless black man whom Hawke’s family is sheltering. And the Purge isn’t just an unleashing of the animal id, some backlash against a decadent and demilitarised society that neo-conservatives are forever griping about. It’s a hunt where minorities, immigrants and other undesirables are flushed out and cut down in a Marxist gloss on ‘The Most Dangerous Game’.

The point is driven home in 2014’s The Purge: Anarchy. Although a broader, less-satisfying film overall, it benefits from DeMonaco’s playing off the reverberations of the 2012 Presidential Election (just as the first film was fuelled by resentments about illegal immigration and Obama’s 2008 victory). The scenario is essentially a chase scene, with the standard-issue Good Tough Guy (Frank Grillo) reluctantly helping a number of vulnerable civilians survive the roaming psychopaths of Purge Night.

A welcome addition here is an outright revolutionary element, embodied by the Black Panther-suited Carmelo (Michael K Williams), who rages about it being the poor who die in the greatest numbers on Purge Night: “We can’t afford to defend ourselves.” Setting an armed revolutionary cell of mostly poor minorities against the well-heeled Purge homicide hobbyists can’t help but resemble a guerrilla theatre take on that election’s Darwinian dialogue about “takers” and “makers,” the worthy and unworthy in American society, the open-carry debate, and the ways in which the lower class is ever blamed for the violence it suffers.

Although DeMonaco wrote the script for The Purge: Election Year back in 2014, well before the outlines of the 2016 election became known, it is perfectly primed to chew up all the current season’s ugliness and spit it back at us. The film is set for release on 1 July. That’s just weeks before the parties gather to wear funny hats, applaud, bicker over procedure, select their nominees, and maybe – if certain dark murmurings are to be believed – indulge in a little light rioting at the GOP convention in Cleveland.

The trailer points to an expanding of the Purge universe into a 24-like scenario, in which Grillo returns to protect a senator (Elizabeth Mitchell), the lone survivor of a Purge that killed her family years before, who is now trying to ban a practice that “targets the poor and the innocent.” We see a shot of her (black) supporters before the trailer cuts to a cabal of suited (white) power players carping that “something” has to be done. It’s a canny exploitation of real-world tensions that are already boiling over.

At this point, the 2016 election race has been an unprecedented (in the modern era, at least) devolution in everything once considered de rigueur in American politics: the rolling out of endorsements, carefully plotted position papers, tapioca interviews on Sunday morning television and the deployment of well-timed surrogate attacks and black-arts opposition-research attacks carried out under the cover of night. Instead, the public has been witness to a Roman circus of calumny, threats, vulgarities, loyalty oaths and shameful violence.

The right-wing media has been quick to brand this a year of “anti-establishment” fury – of “anger” about the status quo. These baseless claims have been repeated and glorified by members of the ever-shrinking GOP clown car, many of whom are delighted to crow about how “broken” America is, and how much it needs a purgative blast of righteous nationalist fury to set things right, send the immigrants and non-Christians back, and return the country to the people that they suggest truly deserve it.

Rebirth and retrenchment are perpetual conservative themes, of course, but have been given extra fire by the current spate of post-Tea Party demagoguery. Call it Purge Lite. Not for nothing did DeMonaco name the creators of his exercise in evolutionary democracy the New Founding Fathers. What rough beast slouches towards Cleveland to be born, with liquor and revolver? 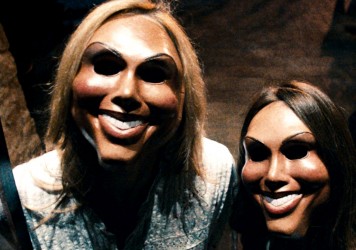