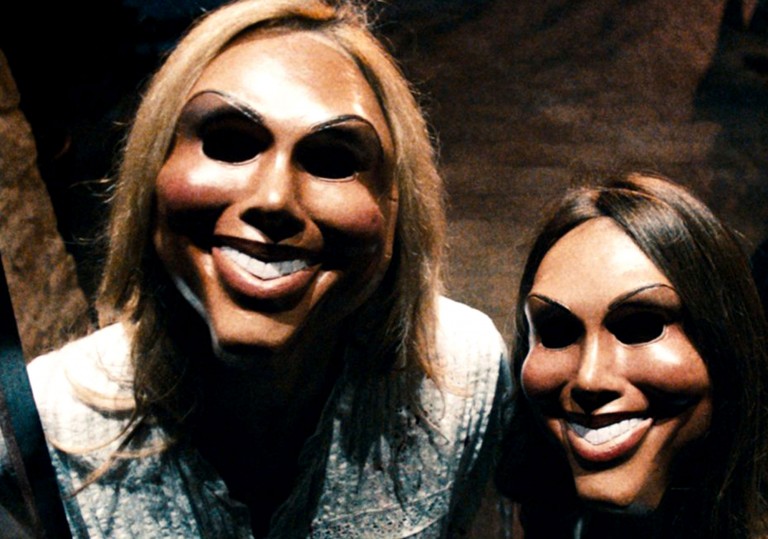 The Purge movie that the original only promised to be.

It almost feels as if this year’s Purge is being shown in real-time.

The politics are surprisingly complex, in the way that a jigsaw puzzle missing its biggest pieces is hard to solve.

The sequel to last summer’s most strikingly profitable film, The Purge: Anarchy expands on the scale of its predecessor while still continuing the franchise’s proud tradition of making the least of its premise, this hastily produced second instalment finding an impressive number of new ways to humiliate and discredit the series’ intriguing central conceit.

Set in a dystopian future in which crime has been all but eradicated because Americans are allowed 12 hours every year in which to “release the beast” (the government’s official slogan) and cleanse themselves of their most violent desires, The Purge series is potentially fascinating because of how it resists and complicates the obvious dynamics of its supposed genre.

The first film was a home invasion story that upended the sense of safety that a wealthy family had bought for themselves. It was like an unusually hostile episode of The Twilight Zone punctuated with bloodshed and jump scares, it began as a fantasy before ending as a horror movie. The sequel, which takes place exactly one year after the events of the original, flips that idea on the hollow side of its head, beginning as a horror movie and slowly (so slowly) morphing into a classical fantasy.

Shane and Liz (Zach Gilford and Kiele Sanchez) are the two least interesting humans on this mortal coil, the fact that they have survived the first five purges is proof enough that the system is flawed. For reasons that the film doesn’t even attempt to justify or explain, the couple – who are in the midst of a break-up — have waited until the hour before the Purge begins to drive to their safe house. When their car breaks down in the middle of the pointedly generic city just minutes before the Purge begins, the setup feels less dystopian than it does Darwinian. This isn’t a portrait of the One Per Cent, it’s a human version of that scene in Jurassic Park wherein a goat is lowered into the T-Rex pen, and we’re in the Jeep with a pair of binoculars.

Elsewhere in the city, a working class waitress named Eva (Carmen Ejogo) and her daughter find themselves being hunted by a group of extremely well-armed soldiers. Both groups of innocents soon find themselves under the wing of Leo Barnes (Frank Grillo), an iron-jawed anti-hero whose protective instincts are at odds with his vengeful agenda. Anarchy sorely misses the gravitas that Ethan Hawke brought to the original. Frank Grillo is a rising star whose blunt charisma belies his age, but the rest of the cast is so serviceably low-rent that the movie smacks of the cheapness that the best of Jason Blum’s films have succeeded by disguising.

On some level, the film works because contemporary America is this much of a cartoon. In a country where the top 1% make almost 20 per cent of the income, it shouldn’t be a surprise that there’s such a thin line between satire and reality. While Anarchy’s commentary couldn’t be more obvious, the catharsis that allegedly justifies its premise is made real by its audience who have two — not 12 — hours each year to indulge in their fantasies, the film offering all the joys of class warfare that a movie ticket can buy.

Surprisingly, Anarchy’s political discourse is failed by its schlock, rather than the other way around. The action sequences are uninspiring, the disorder in the streets far too sane and sedate – Grillo and the ragtag bunch of characters he leads to safety are palpably vulnerable, yet the perils they encounter are too generic for a night that’s supposedly one of a kind. Bathed in the grungy darkness of a film that’s always ugly without ever being interestingly so, DeMonaco’s sequel is overeager to feed the terror of its scenes to the silliness of its premise.

It doesn’t help that Anarchy is pitched to the very back of the class, the script making it so abundantly clear that the Purge is actually a flimsy psychological construct designed to control the population, clip the lower class, and spark the economy, that it becomes impossible to fathom how anyone within the world of the film would fail to see through it, themselves. And that holds doubly true for its audience – there’s some real catharsis to be found in this bloody slice of reverse poverty porn, but the answers come so easy that you can’t shake the feeling this is less of a funhouse mirror than it is a fairytale.

The Purge movie that the original only promised to be.

It almost feels as if this year’s Purge is being shown in real-time.

The politics are surprisingly complex, in the way that a jigsaw puzzle missing its biggest pieces is hard to solve.