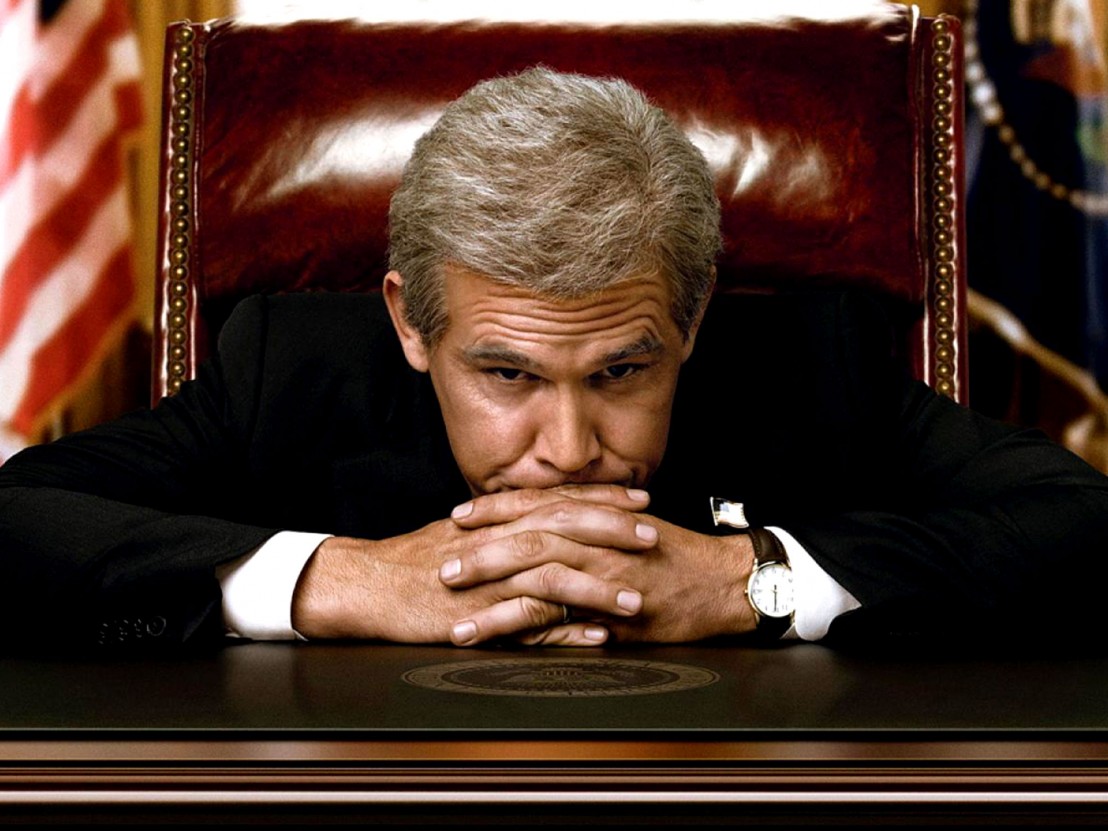 Although more famous for playing a bemused George W Bush Jr, Will Ferrell is said to be eyeing up a political satire which will see him star as a dementia-ridden Ronald Reagan. The Black List endorsed script, titled simply ‘Reagan’, is reportedly as controversial as it is hilarious.

Of course, it’s not the first time a former US Commander-in-Chief will be portrayed with blunt honesty. To acknowledge a fresh interpretation of the one-time actor and 40th President of the United States, we thought we’d take a look back at some of the most interesting, inventive and downright weird appearances of the leader of the free world on the big screen.

Mired in more controversy than perhaps any Oliver Stone film before it, W. sees an almost unrecognisable Josh Brolin make a bold attempt to humanise the war-loving President and painter. However, the film failed to reveal anything new and was cast out as the least factual of Stone’s numerous forays into political filmmaking.

While thousands died in horrifically bloody battles during the civil war, Lincoln seemed only to be philosophising. Such was the burden of being the big cheese. In this slick interpretation of how Honest Abe came by his famous nickname, the President is seen kicking ass, taking names and generally dispensing some good ’ol Constitutional justice.

The secrets of the Jefferson Rose Line aside, Nolte manages to convey a real sense of the man behind the most important document in American history. Jefferson was a unique mind battling with personal tragedy, while being expected to birth a new nation into prosperity. Nolte summons the performance of a man at odds with the women in his life, the country he is forced to entertain and the young nation he has left behind.

Polly Bergan in Kisses for my President (1964)

Sometimes it takes a film 40 years to become relevant. But when it does, boy does it make for fascinating viewing. Who would have ever have considered the possibility of a female US President in 1964? Polly Bergan certainly wasn’t deterred by what at the time was a highly unlikely prospect, carrying herself with dignity and poise throughout.

Having played JFK no less than five times prior to appearing in Zack Snyder’s Watchmen, Stimely was the obvious choice to pull off a convincing profile shot with little alteration. Then there’s the alternate portrayal of the most tragic moment in US Presidential history, which set the tone for a new style of comic book adaptation.

A fantastically compromised performance that straddles the heroic and the ridiculous. Bridges found great humour in the role before George “Dubbya” Jr was even elected as Senator of the state of Texas. He set the blueprint for how comedians would portray Presidents for years to come.

Turning the Oval Office into some bizarre hunting lodge and mistakenly hiring Nazis to handle her marketing campaign, Stephanie Paul’s Sarah Palin parody is regrettably one of the few occasions where a woman has got the top job on screen. Her performance says a lot about how many Americans still view the notion of a woman in the White House.

Richard Nixon’s epic fight against his invisible tormentors is furiously played out in this astonishing one man show. In the Oval Office of his subconscious, the President addresses his demons in the ultimate loaded gun scenario. Philip Baker Hall passionately reenacts Nixon’s descent, while still taking great care to not dive straight into paranoia.