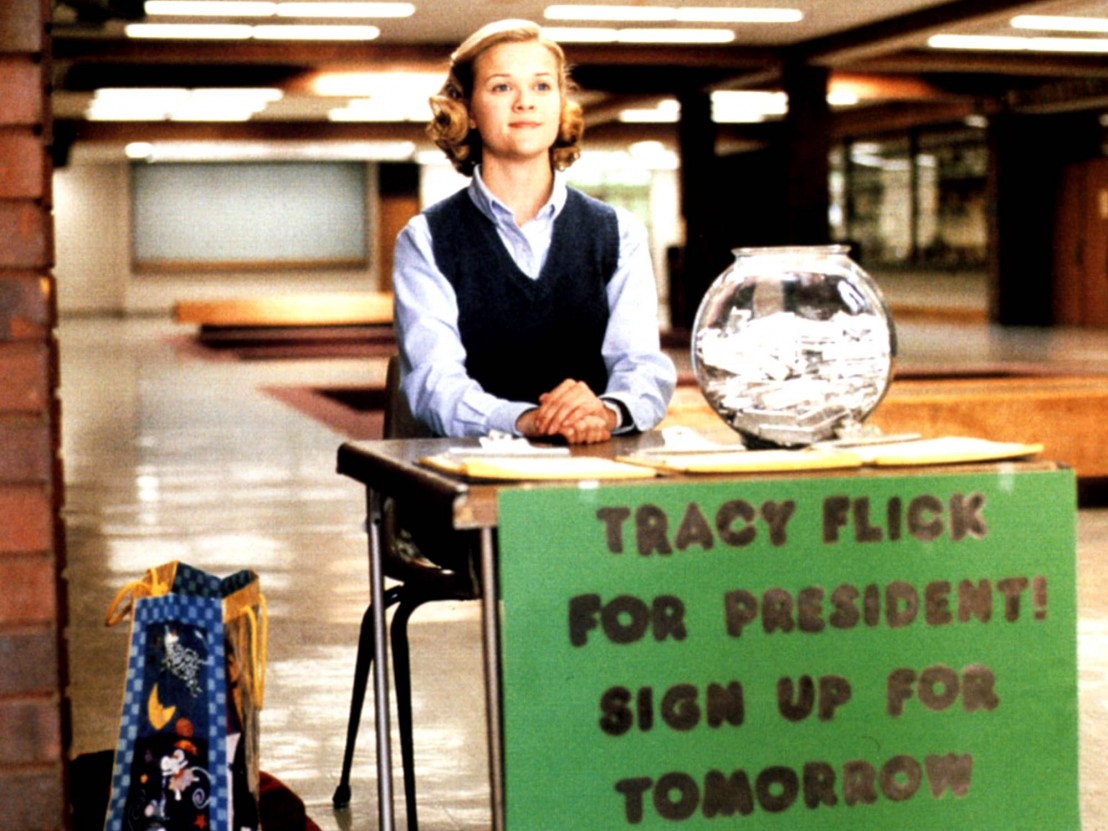 The name Tracy Flick is often used as short-hand for ambitious women in the US political field and mostly as an insult due to her manipulative tactics, mad nostril flaring and highly strung composure. Flick (a wickedly funny Reese Witherspoon) is the bouncy ball of arrogance at the centre of Election, ingrained in popular culture thanks to director Alexander Payne, who also claims that President Barack Obama told him Election is his favourite political satire.

Jane Bodine (Sandra Bullock munching endlessly on potato chips and delighting with physical comedy), the spin doctor in David Gordon Green’s Our Brand Is Crisis, is something of a spiritual descendant of Flick in that she too possesses a massive ego and the desire to win by any means necessary. You can imagine that Bodine had the same zealous attitude as Flick in her younger days.

On meeting Bodine at the start of Our Brand Is Crisis it’s clear that her days spent backstabbing and playing dirty tricks have taken their toll. She’s living a hermit-like existence, but is easily persuaded back into the game to take on the role of puppet master as a strategist where she’s up against a former nemesis. And so a Machiavellian personality contest plays out in both the real world and high-school campaigns where rivalry emerges via personal grudges. Alexander Payne and Jim Taylor put forward a strong case that people inherently don’t change who they are, whereas David Gordon Green and screenwriter Peter Straughan instead posit a crisis of conscience.

Election is based on the novel by Tom Perrotta who was inspired by the 1992 US presidential election that saw Ross Perot, Bill Clinton and George W Bush go up against one another. Payne’s second feature was released in 1999 after the Monica Lewinsky incident came to light and created a media frenzy and it too features a salacious sex scandal involving a man in a powerful position. Our Brand Is Crisis was also born out of reality, taking its name from the Rachel Boynton documentary which explored the 2002 Bolivian Presidential campaign.

Both films skewer political ethics but it is Election, thanks to Payne’s acerbic wit, which takes the clear lead in its mockery of the campaigning system. And by allowing the viewer into the mind-set of each of the candidates with use of narrative voiceover Payne ensures all their deluded points of view are equally and hilariously represented.

Our Brand Is Crisis is much more interested in Bodine’s personal evolution as she makes her comeback in the political arena. As barbed comments fly between her and opposing consultant Pat Candy (Billy Bob Thornton) their back and forth comes across as two petty teenagers attempting to outsmart one another. Throughout the film Bodine exhibits traits of each of the competitors from Election. At times, she is as scheming and underhanded as social studies teacher Jim McAllister (Matthew Broderick), whose dislike for Flick culminates in him using unsuspecting jock Paul Metzler (Chris Klein) as a pawn in his vicious campaign to take her down.

Bodine’s disregard for the repercussions of her actions are a part of her job, but on meeting local residents in La Paz she takes on more of a radical stance akin to Tammy Metzler (essentially a late ’90s version of Russell Brand who encourages the student body to wave their right to vote). Aside from Tammy, no one else in Election learns any real lessons and she gains power from opting out, which is something Bodine appears to have done by the end of Our Brand Is Crisis. 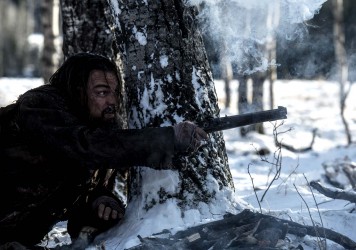