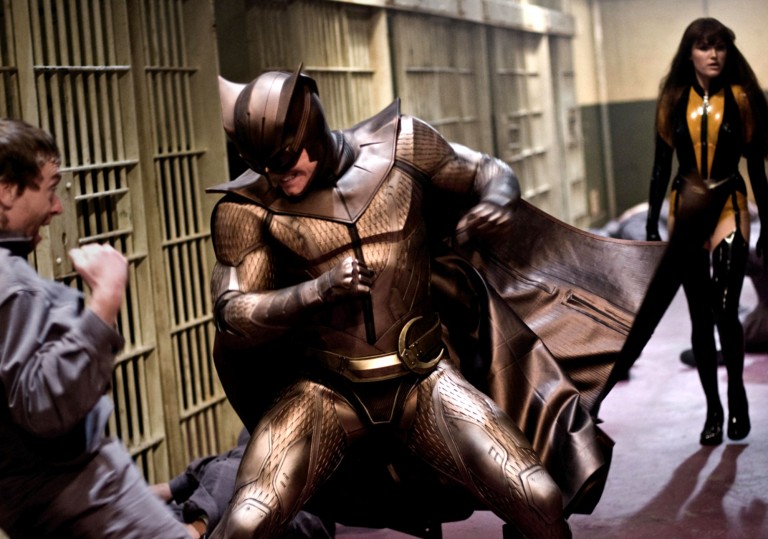 There’s been about four decades of it, not to mention a court battle that left us wondering if this version would ever see the light.

Sex, violence, angst… This is an incredibly faithful adaptation of Alan Moore’s masterpiece.

It would be harsh to ask for much more: Zack Snyder succeeds with an excellent adaptation.

Not just one of the most anticipated films of the year, but of the last quarter of a century. The greatest graphic novel ever written. The one that Terry Gilliam, David Hayter, Darren Aronofsky and Paul Greengrass all failed to adapt for the big screen. The one they said no one could. That’s a lot of weight for a film to shoulder. All of which makes 300 director Zack Snyder’s Watchmen even more impressive: it’s stylish, adult and very, very faithful.

How do you introduce superheroes no one has ever heard of? Who don’t have superpowers? Who are just damaged men and women who dress up in funny costumes? How do you explain that a luminous blue demi-god helped Nixon win the Vietnam war and stay on as US president? That a new generation of masked vigilantes have been outlawed and someone is murdering them?

Snyder does it all in one brilliant stroke. Scored to Bob Dylan’s ‘The Times They Are a-Changin’’, the stunning opening-credits montage glides us through a startling new vision of the twentieth century. Gaudily dressed men arresting bank robbers. JFK picked off by a grinning cigar-chomper behind the grassy knoll. An astronaut standing on a lunar surface with a giant blue figure reflected in his visor. Those former vigilante heroes being dragged into retirement, asylums or the morgue.

From there on in, even at two hours and 40 minutes, Watchmen never slows down for a second. Actually, that’s not true. It slows down a lot. Whether it’s superhero sex or sequences of brutal, bone-snapping violence, Snyder loves to lean on the slo-mo, savouring and stylising the action at every beat. Take the famous scene where retired crime-fighters Nite Owl II (Patrick Wilson) and Silk Spectre II (Malin Akerman) batter a gang of alley-thugs: faces crumple, bones burst through flesh and blood spatters. Get used to it. Bullets in brains, arms sliced off with a buzz saw, a man burned to death with cooking fat, splatty eviscerations… X-Men: The Last Stand, this ain’t.

Concussive as they are, Snyder’s chop-socky fight sequences are as theatrical as the rest of his film. From Nixon’s prosthetic nose-job to the rain-soaked synthetic backdrops, Snyder never allows us to forget he’s making a comic-book adaptation. Then again, no comic-book has a soundtrack as incredible as this: Nat King Cole’s ‘Unforgettable’, Nena’s ‘99 Luftballoons’, Hendrix’s ‘All Along The Watch Tower’. And truth is, Watchmen shouldn’t feel like a comic-book superhero flick. It’s a PT Anderson movie: a traumatised ensemble of characters, not much action, lots of talk.

That’s why Snyder recruited actors not stars – a cast of ace character-thesps who breathe real, soul-sick human life into their iconic roles. Behind a bald, buff, bright-blue coating of CG, Billy Crudup hides electric flickers of pain in the impassive face of master-of-matter Dr Manhattan (whose modesty Snyder has no modesty about hiding). Jeffrey Dean Morgan aces his decade-spanning turn as amoral sociopath The Comedian.

Matthew Goode grows steadily inside his role as ‘the smartest man in the world’, millionaire mystery man Ozymandias. Patrick Wilson effortlessly convinces as the doughy, impotent Batman-like Nite Owl II. But his Little Children co-star Jackie Earle Haley is the best of the lot, nailing the sadistic self-hating as twisted detective Rorschach. “None of you understand,” he growls after sending a shiv-wielding criminal to a horrific end. “I’m not locked up in here with you. You’re locked up in here with me!”

Admittedly, Malin Akerman doesn’t make as much impact as her latex fetish costume. Scoring a porny slo-mo sex scene to ‘Hallelujah’ is pretty wince-inducing. And come the apocalyptic finish, anyone who hasn’t read the graphic novel is probably going to be left scratching their head. Moore’s story is dense, detailed and never designed to be swallowed in one sitting.

Maybe this is why the full weight of emotion, grim humour and tragedy loaded in the novel doesn’t (quite) come through. At times, Snyder seems to unpack the drama in slick sequences rather than one long fluid story, intently cross-cutting his way through Moore’s complex weave of flashbacks, multi-character plotlines and alternate-’80s exposition. There’s a saying that a masterpiece has already found its perfect medium. Snyder has done as good a job as anyone could have done. That’s a loaded compliment. But as compliments go, it’s a huge one.

There’s been about four decades of it, not to mention a court battle that left us wondering if this version would ever see the light.

Sex, violence, angst… This is an incredibly faithful adaptation of Alan Moore’s masterpiece.

It would be harsh to ask for much more: Zack Snyder succeeds with an excellent adaptation. 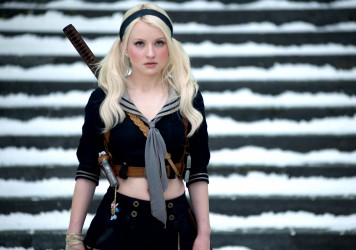