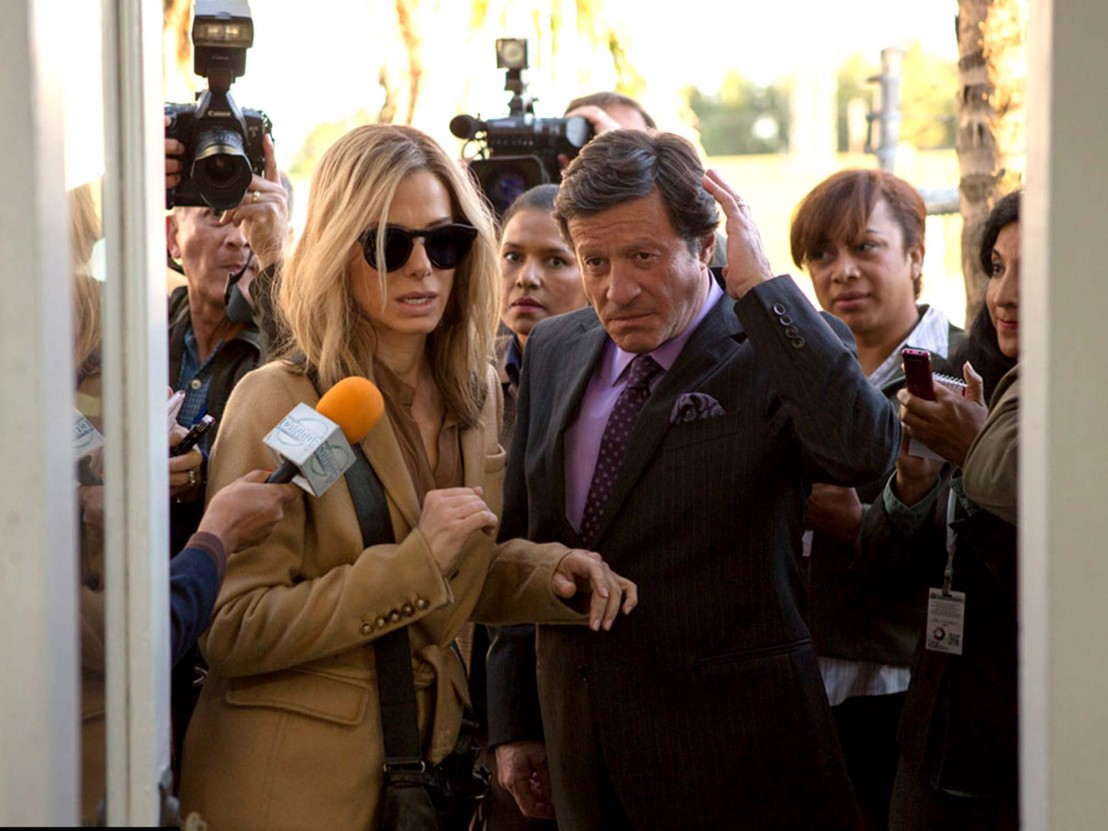 The misery-sodden entertainment of contemporary electioneering is ushered in as a dismal metaphor for Machiavellian, self-serving corruption in all walks of life in David Gordon Green’s down-the-middle classical political comedy, Our Brand Is Crisis. Even though it’s a film which professes to know all the angles, there’s something rather light and comfortable about the enterprise, that it’s maybe not delivering as radical a statement as its makers believe.

The suggestion that corrupt, patriarchal, business-minded politicians cannot be cleaved from their ingrained beliefs in the name of social democracy and compassion is cynicism 101, but this liberal trump card is laid over and over in a story whose guiding principle is that the process of ruling a nation is one that is naturally guided by contempt – justice and happiness are a mere myths, and the poor will always get the thin end of the wedge.

Sandra Bullock’s “Calamity” Jane Bodine is so-called because she has made a name for herself as a key propagator of dirty politics, a slick fixer hired with the sole task of winning elections and leaving the moralistic bullshit (and black-lash) for someone else to deal with. That people might die at the hands of the tyrants she places into power is mere bagatelle. She has her designer shades to deflect the grim realities of what she’s doing.

We meet her after a period of personal healing, where she has left the rat race behind to make pottery bowls in the mountains and recover from a course of EST for mild psychosis. There’s an election in La Paz, and the American-endorsed stooge is massively trailing in the polls. That’s meaningless, though. She’s brought back into the fold with the irresistible chance to take down one of her key political rivals, Pat Candy (Billy Bob Thornton), a balding bastard who knows her tactics and is the only one able to respond to them with any vim or vigour. There’s a light sexual frisson between the pair – mildly redolent of those titans of bicker, Tracy and Hepburn – yet director David Gordon Green veers away from trying to buoy the politicking with a romantic sub-strand.

And the film is essentially a compendium of skirmishes in which tit-for-tat violence is meted out between the pair, with the hapless candidates (the “puppets”) becoming the actual human targets. Bodine wins the trust of her employer Castillo (Joaquim de Almeida) by reeling off a stream of inspirational quotes by Warren Beatty, and it’s an apposite touch considering the film resembles Beatty’s own Bulworth from 1998, itself a liberal cine-brickbat (powered by hip-hop) aimed at the insidious corporate forces which have infiltrated the halls of power. Alas, there is no hip-hop in this film (or local equivalent).

Though Bullock is embedded within a large ensemble, she’s the key focus of the film, the side players, among them Anthony Mackie, Anne Dowd, Scoot McNairy and Zoe Kazan, don’t get much of a look-in. It makes the film about her, and her feisty monologues and unpredictable behaviour make her a lovable if ethically tainted heroine. But this is not a film about political corruption, it’s a film charting Jane’s realisation that what she is doing has far-reaching negative ramifications and whether revealing a newfound caring-sharing side would be too little too late. And also realising that while she things she’s the puppeteer, there are others above her who are pulling those strings.

In terms of Green’s recent work, it’s certainly less interesting than his run of whimsical miniatures, Prince Avalanche, Joe and Manglehorn. There’s an anonymous feel to the way it’s been shot, almost like he’s been hired in for the strict purpose of getting a job done in a satisfactory manner. And while there’s a certain poetry to that situation, it does mean that a certain profundity and artistry has been lost in the transition.