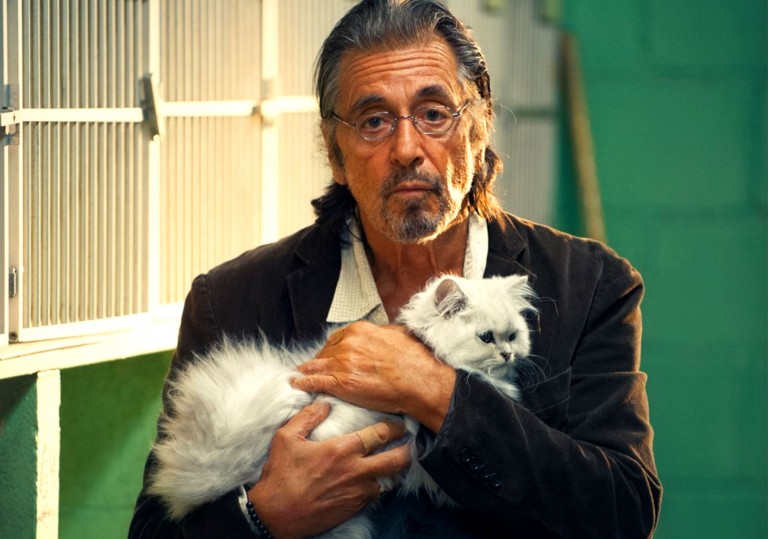 This film makes for very fine company. A movie to sit at the bar with and share a beer.

Its pleasures are low-key, for sure, but Green just packs the screen with interesting things.

Director David Gordon Green has come full circle. Manglehorn, his tenth feature, displays many of the rhapsodic qualities of his first feature, 2000’s George Washington, in that both are predominantly interested in cultivating texture and a sense of place.

Both films possess only the most meagre thread of what you might term a narrative, but Green has reached a point in his career where he sees that examining the interplay between people and landscapes is more cinematic that focusing on just the people or just the landscapes. And as with the majority of Green’s films and TV works, the locales of the Southern states of America are depicted as utopian idylls where white people and black people cohabit with no hint of racial tension. It’s only class divisons which create shitty days.

Angelo Manglehorn (Al Pacino) is an ageing, mildly decrepit and crotchety Texan locksmith who pines for his lost love – Clara. He mails her mawkish love letters written in a childish scrawl, gently begging for her to return to him, but to no avail. The film shows how he is able to locate the courage to move on with his life and accept his loss as a lesson for the future. The material feels jerry-rigged to allow Pacino plenty of wiggle-room within the role, and his staccato delivery, his spiky comportment, his ‘hoo-hah!’ bravado, his “thing,” have rarely looked so adorably pitiful.

Manglehorn slinks around town with his back-combed hair and tiny eye-glasses, meets his ingrate son who works as a trader, takes his cat to the vet to have a key removed from her intestines, and effortlessly charms a friendly bank teller (Holly Hunter), but is thrown into a tailspin when she starts to return his off-the-cuff come-hithers. He has a conversation with his pre-teen granddaughter about whether you can see the wind. And that’s pretty much the tall and short of it.

Harmony Korine turns up and is very funny as a brash ex-pupil from Manglehorn’s formative years as a football coach, a tinpot entrepreneur with handsfree earphone and pork-pie hat who self-describes as The Tanman, on account of his seedy tanning salon/brothel. Icky though this may sound, all the people Manglehorn comes into contact with love him and want to help him, and though he’s never less than affable towards them, hes won’t let them know what the problems is.

It’s a small but exquisite film in which Green has taken no scene or shot for granted. He acknowledges happenstance, but never in a way which comes across as contrived or wacky. It’s a lived in world where strange things happen, but strange things that people are used to. In the bank, a large man enters clutching a bouquet of flowers and starts to sing. Green never states whether he’s insane, eccentric, or just being over-friendly. The bank staff neither smile or grimace, carrying on with their jobs. They just comprehend.

Manglehorn is packed with such gorgeous grace-notes. And just as Green’s previous feature, Joe, could be read as a tender extrapolation of Nicolas Cage’s duel image of serious actor and action idol, Manglehorn is a film which says that perhaps Pacino is an veteran star who needs to consider severing ties from his ’70s salad days and comprehend that he still has a whole lot to give to the world if he only just knew it.

This film makes for very fine company. A movie to sit at the bar with and share a beer.

Its pleasures are low-key, for sure, but Green just packs the screen with interesting things.