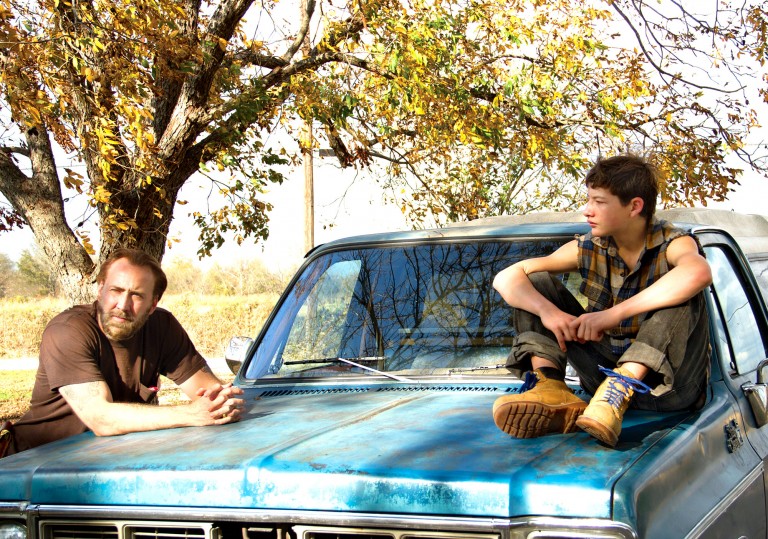 Cage and Green is an unusual pairing.

A miserable setting is just the trick for a compelling tale.

Exudes a quiet determination that American cinema could use more of.

On the back of his 2012 palate cleanser, Prince Avalanche, the idea of David Gordon Green’s “resurrection” is now accepted as gospel. The intermittently interesting career choices of Nicolas Cage, however, are only buoyed by the slate of otherwise-mediocre VOD-primed filler – how quickly we can forget [insert any of his 45 recent films here]. And so Joe arrives with far less skepticism than parties responsible for The Sitter might usually receive. Whether their pairing is an idea so crazy it just might work or simply “different” enough to be worth accepting at face value is for each individual viewer to decide.

Green and Cage are at their best when getting down and dirty, something Joe provides in bulk across its two uncompromising hours. A few jokes about hick life notwithstanding, the familiarity of its boy-and-his-guardian tale – so familiar that it’s even appeared in The Sheridan’s short-but-impressive filmography, thanks to Mud – is one of the few comforts supplied herein.

What initially strikes as a narrative deficiency in Gary Hawkins’ script emerges, scene after scene, as an appreciably simple character piece. True to the destructive culture its characters navigate on a day-by-day basis, the film’s through-line has a frequent, intentional mundanity that’s broken apart by sudden, cutting violence. The impact of this violence is inevitably and sadly swallowed by a swift reset to the basics of lackadaisical Southern life.

Green’s feel for people and place is appropriately precise, and the relationship between outdoor and indoor spaces is of particular interest. The action which occurs in nature is often caustic and manic, reflected in a verité shooting-style and harsh editing. Interior space is more secure, offering time for contemplation. These spacial counterpoints are as carefully sketched as the relationship between Cage’s bear-like Joe and Sheridan’s tragic, latchkey dreamer, Gary. That they never feel entirely comfortable with one another might be part of a larger point the film is making: in a land this unforgiving, even the comfort of idle friendship can’t always be depended upon.

It’s these elements which make Joe something of an uncomfortable film, alternately lapsing as it does into overwhelming darkness or incongruous fun. One instance: a montage of the pair gallivanting about to some rollicking rock tune while searching for a dog which arrives directly after that same dog has been made to kill a fellow canine in a dirty, low-lit whorehouse while Joe issues anxiety-driven commands for fellatio. At these points, the film feels like it is stretching itself too far. Joe is otherwise commendable for a single-track mindset, impressive in how neatly oscillates between seedy crime plotting and knockabout hang-outs.

Fitting, then, that while Green’s formalism isn’t enough to truly galvanise the material, it might be telling that his few visual flourishes (e.g., the occasional use of slow-motion) register more as stylistic sore thumbs. And yet, this Arkansas native feels more at home with Joe than any project of recent years. If what we’ve been seeing as of late are small steps back into grace, the timidity is to be appreciated. He might’ve just wished to lighten up a bit.

Cage and Green is an unusual pairing.

A miserable setting is just the trick for a compelling tale.

Exudes a quiet determination that American cinema could use more of.