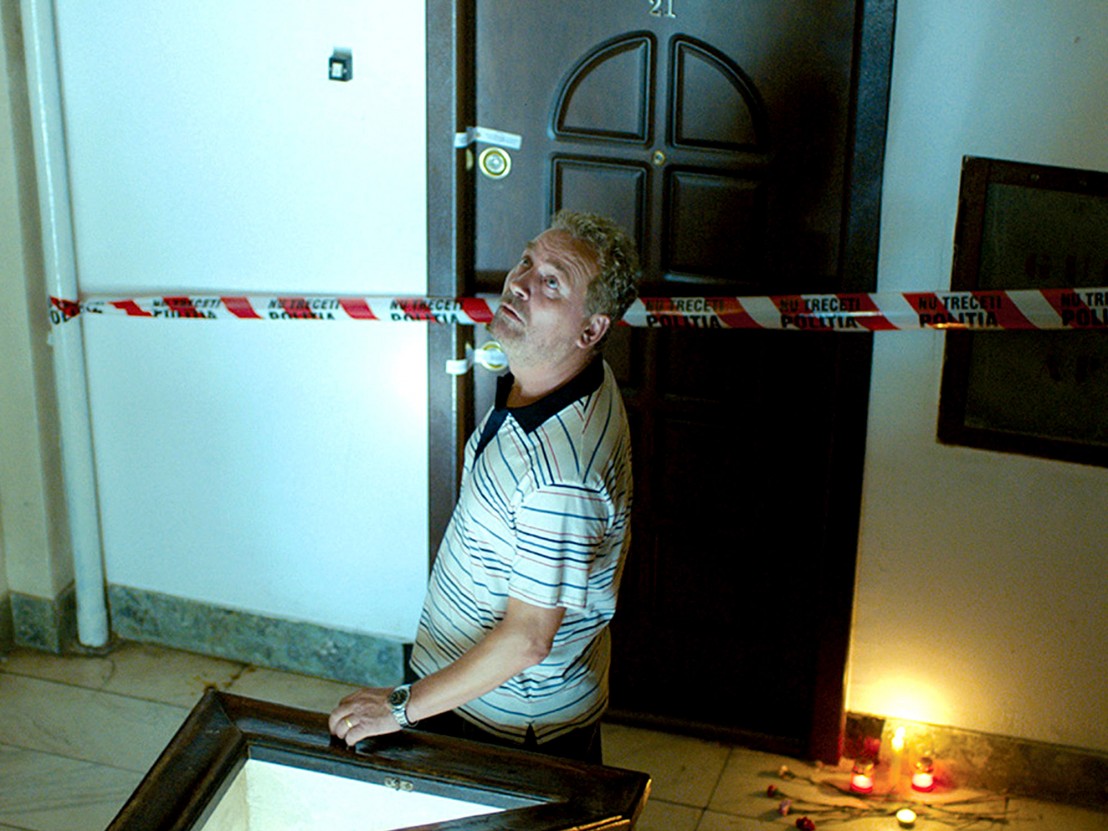 One floor below the apartment of family man and dog lover, Sandu Patrascu (Teodor Corban), a young woman is killed. From this dramatically catalysing event, you might reasonably believe that what follows is a tense civilian detective story, or even a horror thriller. What no one expects and what Romanian director Radu Muntean does brilliantly is depict an instant return to the most banal of realities.

The humour and perspective of this story are so subtly wrought that one could almost declare them non-existent were it not for the clear glee Muntean has taken in giving Patrascu the most boring life imaginable. By minutely exaggerating the social realism, he makes the point that what people want to protect is not necessarily dramatic or glamourous. The hand that we’re dealt is all that we have.

Patrascu runs a business with his wife conducting elaborate and socially useless car deals that require him to drive all over town, own two mobile phones and have constant tedious exchanges which he seems to genuinely enjoy. Life is something that he appreciates . He’s on a diet but mother’s cooking is too delicious for him not to cheat when temptation calls.

He’s introduced in the opening scene having a lovely time outdoors with his charming golden retriever, Jerry. We see Jerry running and jumping and swimming in the water. After the excursions are over, Patrascu uses his cupped hands to create a bowl at a water fountain, offering the bowl to Jerry, repeatedly until satiation. All is wholesome. All is well.

Muntean evokes Micheal Haneke by making opposing tonal decisions. Patrascu not only overhears but sees incriminating things prior to finding out that his neighbour, Laura, has had her head bashed in. This is the point at which Haneke would start heightening the anxiety of the mood. Muntean plonks his lead back into the same old family dynamic. His pre-adolescent son is a loud, confident child.

Rather than being intimated by the death in the building, he is fascinated and Facebook stalks the victim, frankly announcing his discoveries to his parents. Patrascu’s wife, Olga, is a functional woman whose face we rarely see. Indeed neither wife nor son are not shown head on or in close-up. Bonds are domestic and routine and not fuelled by intimacy. There’s nothing as stark as disconnection among the Patrascus and nothing as hot as honesty. Things just tick along.

There are multiple interpretations available when another neighbour starts insinuating his way into the bosom of this family. Iulian Postelnicu with his sallow face and creepy stare is perfectly cast as Valentin Dima. Patrascu’s wife feeds him, Patrascu’s son befriends him. Patrascu himself is enlisted in performing the most hilariously pointless of car services. Valentin’s motivations for being there are submerged and although Patrascu mistrusts him, he entertain his presence.

Dramatic irony between the two men creates a quietly simmering source of intrigue that – again – contrasts with nerve-jangling Haneke-esque nastiness. Amid the almost calm and the forward momentum of life, it’s easy to forget that a woman died in suspicious circumstances. Repression of uncomfortable facts is a coping mechanism people use everyday out there in the world. Inside the movies, deaths usually mean something. By not playing into this trope of fiction, Muntean leaves us with uncomfortable questions to ponder.