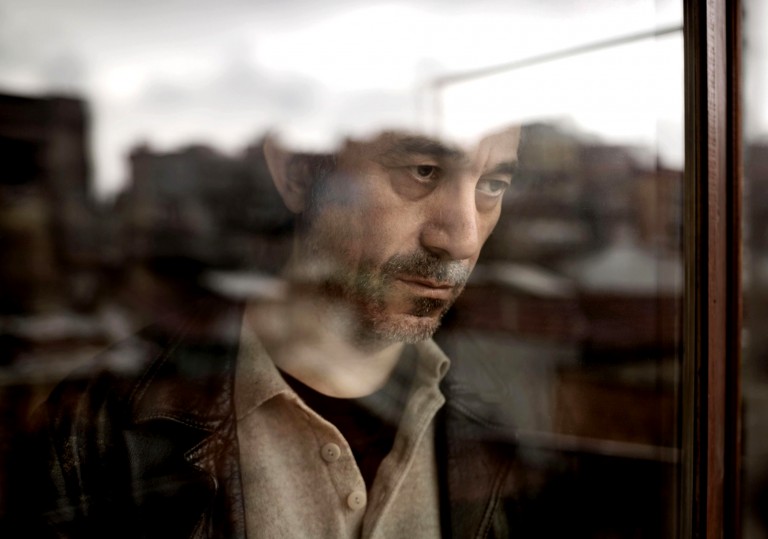 As interesting as it was, Ceylan’s previous, Three Monkeys, felt like a bid for mainstream acceptance.

Ceylan has forged a new template for the police procedural.

There’s an astounding and courageously digressive ‘instance’ near the mid-point of Nuri Bilge Ceylan’s hypnotic metaphysical noir, Once Upon a Time In Anatolia, around which the remainder of the film’s events take random orbit.

A ragtag unit of swarthy Turkish police inspectors have been laboriously traversing the Anatolia foothills at night in an attempt to coerce a weary perp into revealing where he committed an undisclosed felony while drunk.

Following much fruitless searching, they hole up in a hillside village where they are offered food and shelter. The lissom daughter of the village elder serves them tea during a power cut. Her face is illuminated by candlelight. As each member of the crew glances up at her, they appear momentarily awestruck – one member of the party is moved to tears – by this fleeting vision of purity.

The relevance of this short scene is entwined with motivation and attitude more than it is with narrative: various characters appear changed, awoken from a spiritual torpor by the fragile gaze of this fallen angel.

Ceylan’s sixth, and greatest, feature is about the transitory, often unseen moments of intense beauty that occur in a world overrun by violence and desolation. It also sees the awesomely talented writer-director again indulging his fascination with the ways in which middle-aged men psychologically equip themselves to deal with a crisis (see: Three Monkeys, Climates and Uzak).

Despite intimations from the outset, this is a film about the mechanics of an investigation rather than the investigation itself. Recalling nothing less than Antonioni’s modernist 1955 man-hunt, L’Avventura, the revelation of corpses, the frantic extracting of confessions and the efforts to keep this ad-hoc inquisition within the bounds of the law are a mere framework from which a penetrating exploration of process, chaos, doubt and death hang.

Indeed, Ceylan is aware that a story built on a foundation of swarthy men talking, sometimes in fields, other times in cars, has the potential to test the patience. That is why each shot is captured with the precision of an old master, the ‘action’ enveloped in some of the most bewitching, ethereal cinematography you’re likely to see projected on to a canvas screen this year.

Here is a film that locates new aesthetic possibilities for the mundane, such as one breathtaking digression in which Ceylan’s camera innocently follows an apple as it rolls down a hill and then floats down a stream.

As interested as it is in process, Ceylan’s film does adopt a firm moral standpoint, ultimately decrying the violence and hatred generated by criminal acts. As the film hones in on a world-weary doctor for its final act, we join him for a routine autopsy – rendered in a gut-wrenching symphony of squelches and tissue tears – which brings with it a shroud of inescapable melancholy.

Much like the investigation itself, this film is slow, detailed and ultimately left wide open for the viewer to locate the beauty behind the shroud of darkness, and the answers inside the soiled corpse.

As interesting as it was, Ceylan’s previous, Three Monkeys, felt like a bid for mainstream acceptance.

Ceylan has forged a new template for the police procedural.