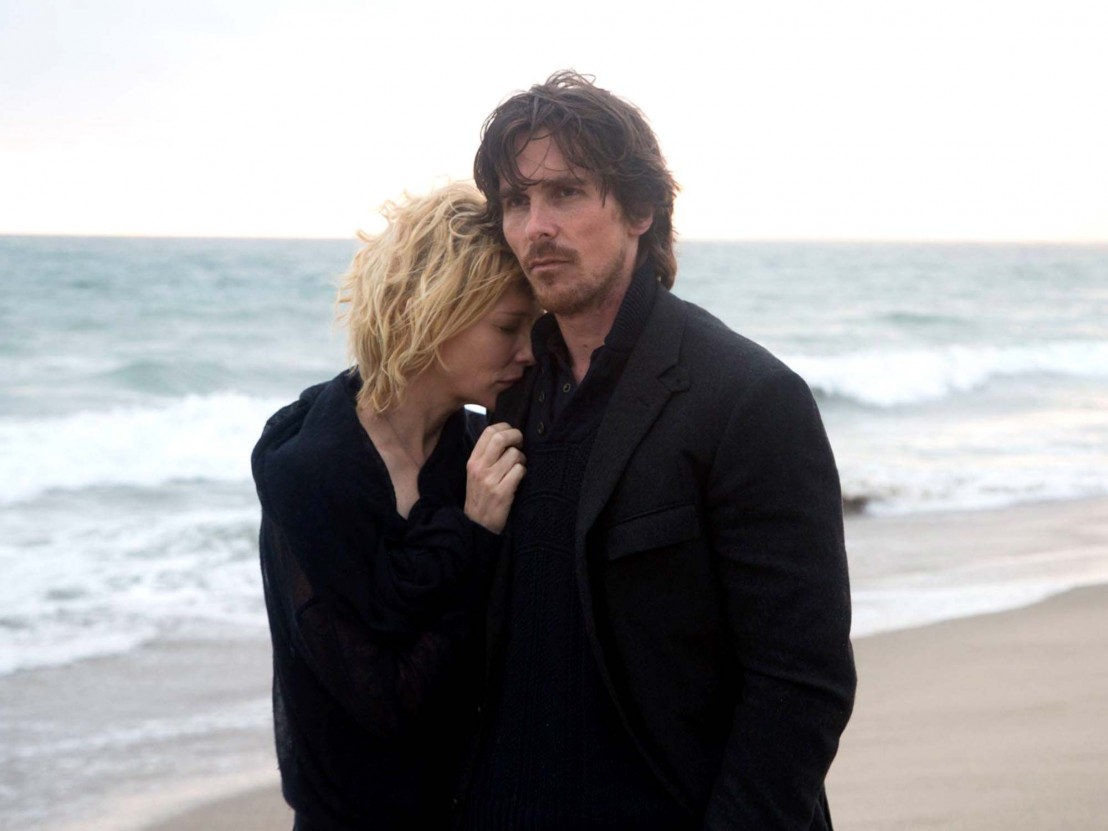 The most anticipated film of Berlinale 2015 looks set to be the best one. It’s hard to imagine equivalent notes of grace and meaning being struck in this competition or indeed in this world. Grace and meaning are not new adjectives for describing the work of writer/director Terrence Malick but, gratifyingly, this time his distinctive poetic cinema encases a simple and coherent narrative. Existentialism from a rich playboy makes it tonally comparable to Paolo Sorrentino’s The Great Beauty but this is also an absorbing study of the stresses of being a womaniser. Really.

When Rick (Christian Bale) was a young boy his father told him the fable of the knight of cups. This knight was sent by the king to Egypt to find a pearl. On arrival the knight was given a cup to drink from which stupefied him. Instead of finding the pearl, he slept. He forgot who he was. This fable is the film, but because the setting is contemporary Los Angeles rather than Ancient Egypt, Rick’s stupor is a waking one, dotted with beautiful women and jetset parties. He awakes after one night of excess in a room with natural light streaming in from floor-to-ceiling windows, his companions clad in a silver lame bikini and a gold ram’s head.

Malick doesn’t judge his lead man for his elegantly wasted lifestyle. The whispered voiceover that – to the amusement of detractors and scintillation of devotees – has become Malick’s failsafe way of evoking higher consciousness has never been more exquisite, repeatedly finding the barest way to communicate the anguish and complexities of the human spirit.

Rick is a comedy writer living in a sleek minimalist apartment in LA. Mirroring The Tree of Life, his family is struggling with the aftermath of a tragedy. His brother (Wes Bentley) has become numb (“I just want to feel something, man”) while his father (Brian Dennehy) carries an air of sorrow and a perspective on his son (“My son, the light’s gone out of your eyes. Womaniser!”) Rick keeps his loved ones at arm’s length, defending the invisible world that is his quest for the pearl.

Not that his quest for the pearl goes so swimmingly, although his logic is seductive. “When the soul sees a beautiful woman or a man, it remembers the beauty it used to know in heaven.” Malick’s mastery over language is transcendent. He attaches the syntax of the heavens to earthly pursuits. In these elevated terms, it is understandable that a man could confuse sensual pleasures for something more profound.

There is romance to Rick’s serial monogamy. Woman one (of six) is Della played by the never-more-captivating Imogen Poots. She is wearing a pink wig when they meet for the first time and circles round him like a lioness. He follows, hypnotised, back to her room as she looks at him, half-sneering, half seductive. Rushing camera sequences of prancing and dancing form their courtships and we see the first of what will be many convertible-racing-down-the-freeway sequences. Transportation and submergence in water are the leit motifs that jab at Rick’s memory of what he needs to be pursuing.

Back in the real world Della extends her hands, stroking the billowing air with her fingertips as if the air had some kind of transferable wisdom. This type of photography has become a Malickian mainstay, so earnest and thus easy to mock but, also, an economic way of showing a person begging nature for release. Rick does not operate on a higher level than his women. They desire something pearl-shaped just as deeply as he does, and this shared longing binds them together. “We’re not leading the life that we’re meant for, we’re meant for something else,” says Della. She confronts her truth, which is also his truth, and it drives him onwards.

Imogen Poots has a stronger character than those that follow in her wake. It’s fair to say that Cate Blanchett, Freida Pinto, Natalie Portman, Isabel Lucas and Teresa Palmer are only as individual as their differing physical appearances allow them to be. The camera makes love to each of their forms, drinking in dewy skin, sparkling eyes, flowing hair glinting in the light. Some like to play, some like to meditate in stillness, all of them are afforded the dignity and wisdom of great lines. All of them are taken on Christian’s Bale default idea of a date which is to say running joyfully through the ocean. Or running joyfully through a white-pillared mansion. To love this film is to enjoy its director’s visual obsessions captured by his faithful cinematographer, Emmanuel Lubezki.

A cynic might say that Malick has filtered the objectification of women through arthouse sensibilities, but he is a step ahead. This is the story of a man whose drug of choice is women. The way he sees them is necessarily at a distance. This is his whole issue. Malick has crafted the perfect philosophical basis for obsessively filming the world’s most beautiful woman in a way that is sublimely tasteful and reverent. All the while something, is scratching at Rick from beneath. As he whispers at one point: “The pearl!” The film takes flight – like the many overhead planes Earthbound Rick glances up at – in the anguished ruminations uniformly distributed across all characters, big and small.

Everyone is searching and everyone is frustrated. Everyone is full of feeling that can’t find a host in the world. (“So much love inside us never gets out.”) As Rick leaves gracious ladies behind, the idea suddenly dawns that maybe the pearl is meaningful communication in all its painful self-interested candour. In other words: we suffer alone, therefore we are. Still the final hopeful line encourages us to keep diving down searching for a gem planted by childhood memory. 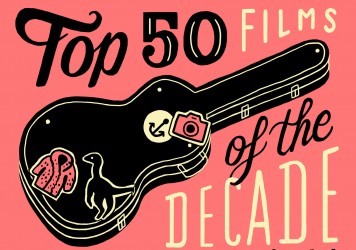 Paul Thomas Anderson, the Coen brothers, Mia Hansen-Løve? Find out who made top spot in our giant mid-decade survey.