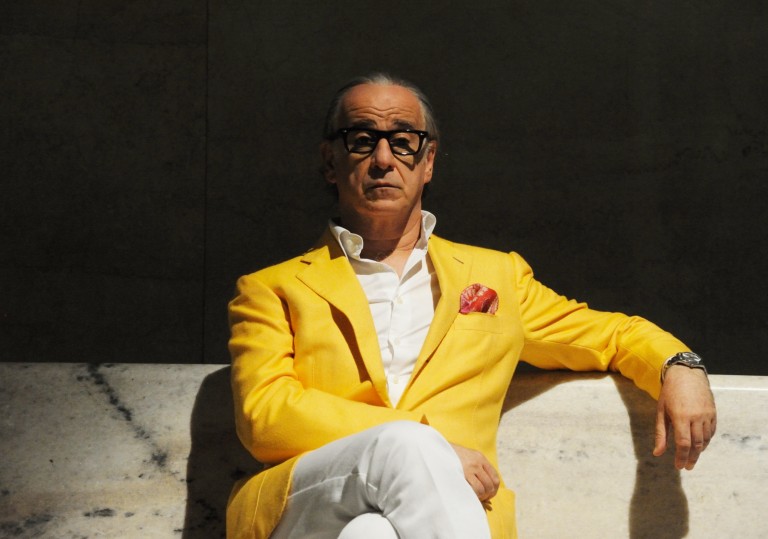 Looking for the old magic after that Stateside wobble.

I want to cry. I have no idea why.

A simply breathtaking work of art with a very human, intensely cinematic heart.

The term most associated with Paolo Sorrentino’s Rome-set drama The Great Beauty will, inevitably, be ‘Fellini-esque’. It’s a tired shorthand, wheeled out whenever grotesquery and satire collide with zeitgeisty excess. And the chances of making a serious film about Rome without invoking — whether by accident or design — one of its best-known chroniclers are slimmer than a well-cut trouser. But which Fellini are we talking about anyway?

Certainly, The Great Beauty casts the kind of jaundiced eye on assembled humanity that Fellini displayed in Roma and 8½ and, yeah, there are some dwarfs and overly-rouged old ladies (and men, actually), leering into the camera in uncomfortable close-up. The similarities are thus superficial, but those who reach for the comparison may well have hit upon something; despite those  stylistic tics, if there’s a hint of Fellini here it’s of the director’s earlier work, the films reeking of humanity and regret and the little failures that give lives their character, like lines worn on ancient columns and crumbling edifices: films such as Nights of Cabiria, La Strada and, most of all, I Vitelloni.

However, The Great Beauty’s narrative, if you can call it that, is admirably freewheeling. Toni Servillo’s Jep Gambardella is an ageing magazine columnist at the heart of contemporary Rome’s chic, arty high society. He’s at a point in his career where publicists clamour for his attention rather than the other way around. And yet there’s a sense that he has disappointed those who knew him best when he first dazzled Rome as a young arrival from the sticks; there was a slim novel, a voice-of-a-generation moment when his was the future to record but, as he admits, he was lazy. He simply liked going to parties too much, and there were plenty to go to.

Jep’s friends, all émigrés to the capital, include frustrated playwright Romano (Carlo Verdone), and Stefania (Galatea Ranzi), a fading radical novelist. This  society is cut off from the environment that sustains it. It’s telling, too, that the stripper Ramona, with whom Jep finds brief contentment, is played by Sabrina Ferrilli, the most Roman of actresses (who once promised to strip in public if her beloved AS Roma won the Serie A title), and it is she who puts him briefly in touch with reality.

It’s tempting to wonder if Moraldo from I Vitelloni isn’t somewhere among Jep’s circle, too: well-off, well groomed but far from the man he’d hoped to become when he boarded that train at the film’s end. If he is, he’s in good company. Sorrentino mercilessly reveals Jep’s status on Rome’s scene, his fame, his celebrity friends and the vast penthouse overlooking the Colosseum as the fruits of compromise. Nice fruit, you might say. The director — and Jep — would disagree.

Gambardella’s existence plays out as a series of vignettes — from the mildly comic to the inexplicably heartbreaking. These tiny captured moments could stand alone or be chopped apart and re-arranged in any number of permutations to present an infinite array of equally dazzling films. At nearly two-and-a-half hours, the lack of progression should be wearing, but it never is. Like — who would have thought it? — Harmony Korine’s Spring Breakers earlier this year, the film’s rhythm is built on repetition, samples of its own beauty and ugliness repeated like an anchoring bass line in a jazz improvisation. This sense of déja vu is a distillation of Jep’s numbing routine. The technique is so successful that, where conventional narrative intrudes, as with Jep’s love affair with Ramona, it seems disappointingly prosaic.

There are aspects that will travel badly. The old men in business suits frugging to techno in the long opening scene, for example, may come off as a bizarre juxtaposition of youth culture and undignified ageing. It may be, but it’s also an honest reflection of the state of Italian night clubs. The fetishisation of youth may have infantilised US and British culture, but Italy has the opposite problem: power lies, resolutely, with old men, and in power there is attraction.

The jowly nitespot lotharios are not metaphors, they’re the visible, very real face of a society where youth and energy is marginalised and stifled in favour of the vested interests of an ageing elite. In Jep’s world, the party that began in 1963 never stopped but the doors were locked and bolted. As the years have passed, the guests are looking very tired indeed. And yet Sorrentino’s film is free of bitterness, despite its preoccupation with death and disappointment, which is perhaps what makes it at times such a profoundly sad experience — not tragic, certainly not nostalgic, but moving on an unconscious, visceral level.

Looking for the old magic after that Stateside wobble.

I want to cry. I have no idea why.

A simply breathtaking work of art with a very human, intensely cinematic heart. 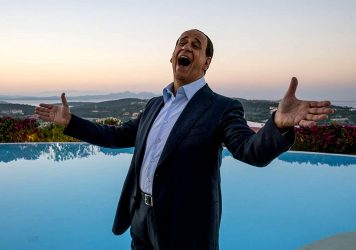