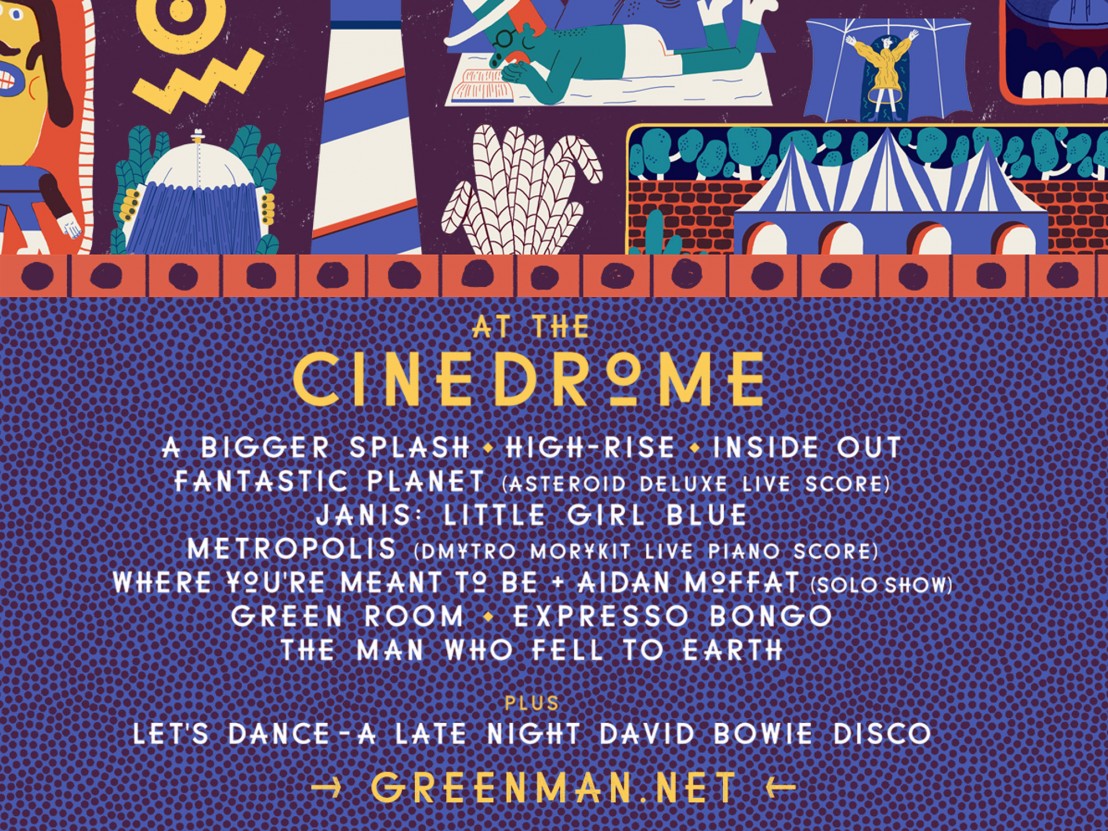 We’re thrilled to be bringing the LWLies Cinedrome back to Green Man Festival August 18-21 in the spectacular setting of the Brecon Beacons, Wales, offering another delectable mix of modern cinema spectacles and revived cult classics.

All that plus Janis: Little Blue Girl, the revelatory documentary on the life of Janis Joplin; Jeremy Saulnier’s brilliant backwoods horror Green Room, which harks back to the scariest American B-movie slashers; a new restoration of Expresso Bongo, the scathing 1959 music industry satire starring Cliff Richard; Disney•Pixar’s joyously emotional animated marvel Inside Out; Welsh mentalists Casey & Ewan return to Green Man with their eclectic Crystal Massage; and Nic Roeg’s starman odyssey The Man Who Fell to Earth, which stars the sorely missed David Bowie. And we’re inviting you to put on your red shoes and dance the blues at Let’s Dance – our Late Night David Bowie Disco.

Join us at @greenmanfest this Aug 18-21 for a full weekend of film and music. Check out the #Cinedrome line-up at lwlies.com

We’ll be announcing the full LWLies Cinedrome line-up soon, so stay tuned and in the meantime check out the full Green Man programme at greenman.net