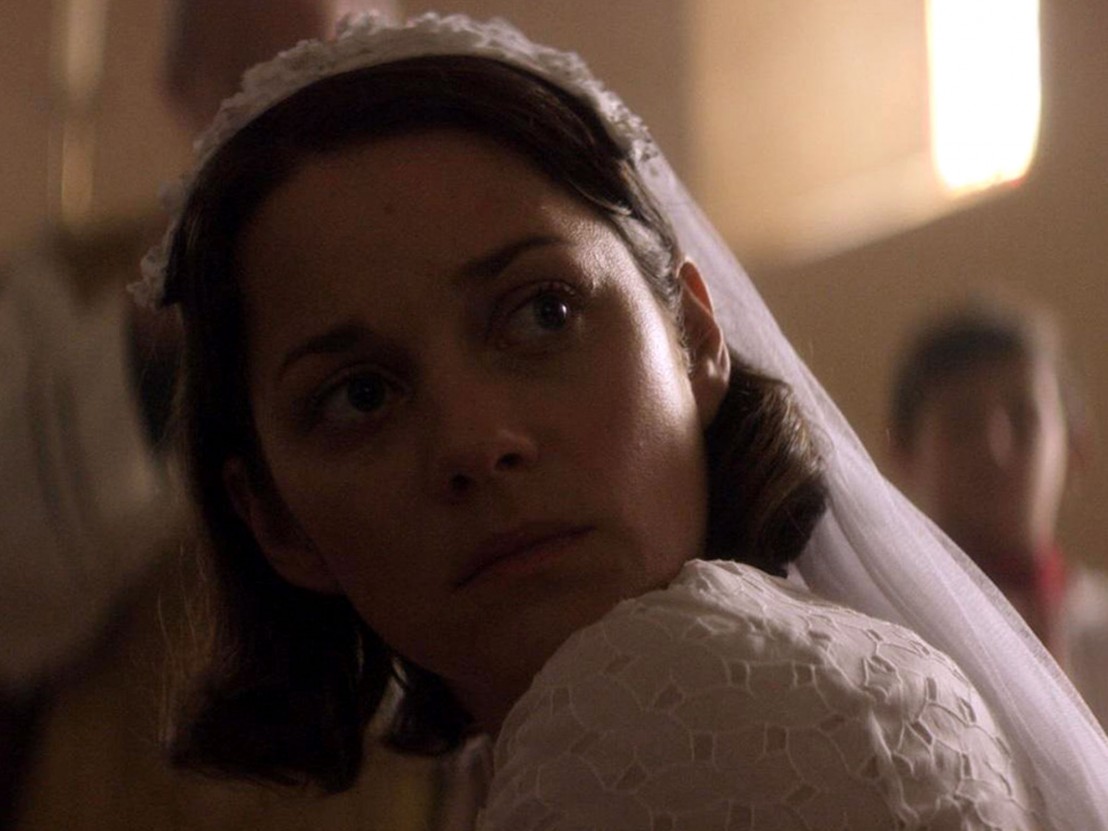 It’s not immediately clear what attracted Marion Cotillard to Nicole Garcia’s adaptation of Milena Agus’ 2006 novella, relocated from Sardinia to rural France. Cotillard plays unhappy heroine, Gabrielle, who we meet soulfully washing her vagina in a river. She embarrasses her family with unabashedly lustful pursuits of the village school teacher. It’s a passionate set-up, which fizzles out in favour of scenes that simply document Gabrielle adrift in the everyday. There are too many walking and running shots. Here she comes, walking down a corridor; there’s our girl, running through fields. It’s like Garcia was so thrilled at securing a star of such luminous brilliance that she refused to let her out of the camera’s viewfinder.

The plot kicks in when Gabrielle’s cold and judgmental mother decides that familial damage control involves marrying her daughter off to a roaming labourer. José is played by piercing-eyed Spaniard Alex Brendemühl (last seen as Josef Mengele in The German Doctor). He treats Gabrielle with respect and the pair negotiate a loveless path forward. The plot kicks in with a heftier boot when Gabrielle (who suffers from the rarely-seen-in-cinema affliction kidney stones) is sent to a Swiss spa for a cure. While doing some more walking, she spies Louis Garrel as ailing lieutenant, André Sauvage, writhing about with an air of noble suffering in his private chamber.

For the first time, Gabrielle experiences reciprocal affection. Cotillard softens and by doing so exposes how tense her performance has previously been. Her reason for choosing this part becomes clear. The ripe challenge of occupying a woman who feeds on love – drying up without it, blossoming when it rains – is met with total commitment. Gabrielle is impulsive, uninhibited and honest. She has no job, no vocation, no distraction from the push and pull of her yearnings. She needs to be held and the muscular arms of deathly-ill military man Andre Sauvagé are still fit for purpose.

While this all sounds like an overwrought, swooning romance, such qualities are tamped down by restrained performances by the three leads. Brendemühl simmers as the steady, taken-for-granted husband, who accepts his powerlessness with such grace that you’re constantly wondering whether he’s due a meltdown. Garrel possesses the ideal qualities to play a dying lover. The dramatic planes of his face can distract when playing everyday cynics, but here they add a delicious and amusing visual flourish.

Garcia is better at creating giddy moments than the low-key ones that constitute the bulk of the film, which cranks along, bolted together by awkward lines of dialogue. Cotillard is a constant reason to keep watching. Her embodiment of Gabrielle is an intriguing addition to her complex women canon. This seems to be the measure of the film.

Then there is a twist which climaxes with one honkingly ridiculous prop reveal. For a moment, it feels like Garcia has accidentally made a comedy – such is the hammy farce of this particular creative decision. But no, this is a serious drama packing serious points about love, marriage, passion and madness. The actors do their best with the material, allowing the film to sputter into the air for stretches, but it is overall too cumbersome to properly take flight.