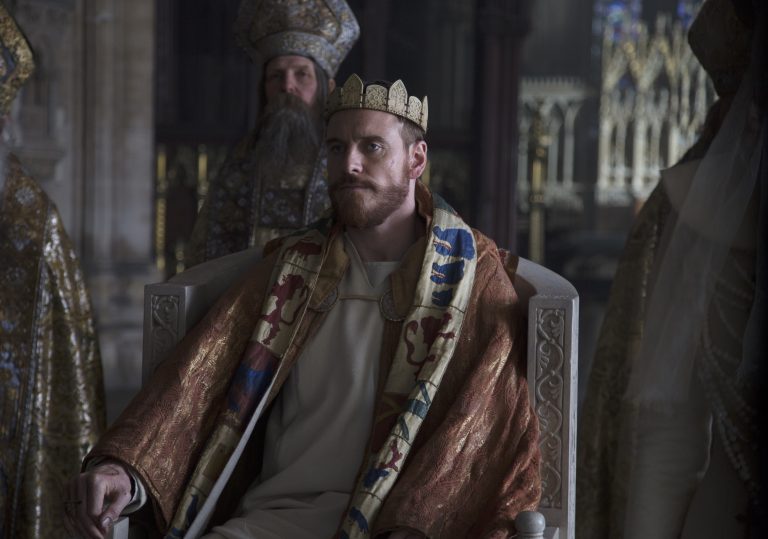 The original had a decent enough writer.

The performances are astonishingly intense, their sound and fury signifying everything.

Next time you catch yourself lamenting modern cinema’s unhealthy obsession with remakes and sequels, spare a thought for William Shakespeare, who ‘reimagined’ almost all his scripts from pre-existing sources, and followed one king’s tale with another, even sub-dividing them into parts to ʻcash in’ on their success. And those plays were not just performed once, but have been restaged, reinvented, even rewritten to suit different audiences at different times.

Take the Scottish play, most famously turned to film by Orson Welles in 1948 and by Roman Polanski in 1971. Justin Kurzel may at first seem improbable as director of this latest iteration, given that his 2011 feature debut, Snowtown, was a work of gritty contemporary naturalism, ripped straight from the headlines and set in suburban Adelaide. Yet both works, as it happens, concern blood begetting more blood, as one act of murder leads to more, drawing everyone into its horrific orbit. And despite some stylised colour-filtering of the wintry Highlandcapes, Kurzel’s Macbeth is misty, muddy, bloody, earthy affair – shot by Snowtown’s Adam Arkanaw partly in handheld close-ups that allow lines more commonly bellowed to be intimately whispered, and the tortured faces of Michael Fassbender (as Macbeth) and his Lady (Marion Cotillard) to come into harrowing focus.

Kurzel’s added nuances reinvest Shakespeare with unexpected meaning. Opening with the deaths of Macbeth’s two (newly invented) children adds a psychological dimension to Macbeth’s subsequent resentment of other nobles’ bloodlines, and makes Lady Macbeth’s imprecation of the spirits to, “Come to my woman’s breasts and take my milk for gall,” resonate with bitter grief. The decision to realise a crucial battle that in Shakespeare’s play Banquo had merely described shows vividly the violence and viscera in which Macbeth’s traumatised character is forged. Lady Macbeth’s persuading of her hesitant husband to commit regicide is often staged as a seduction, but Kurzel has her actually masturbating Macbeth while laying out her design for murder, so that the words that mark Macbeth’s resolve (“I am settled”) come, in their post-climactic position, with a new double significance, utterly confounding sex and death, while reminding us of that famous dagger’s essentially phallic nature.

The dagger, in Kurzel’s version, is not imagined by Macbeth to be floating before him, but is shown there for real, held by the embodied ghost of Macbeth’s war torn son. Indeed, Kurzel grounds all the play’s supernatural elements in the material world. The witchy sisters may be ʻweird’, not least because they turn up in the middle of nowhere – or of pitched battles – but they are also flesh and blood, as are the ghosts (not just of Banquo, but of many a fallen soldier), haunting the film’s world as much as Macbeth’s mind with their uncanny presence. This physicality, along with the intensity of the performances, recasts Shakespeare’s spookiest drama as a realist trip into PTSD. No matter if Macbeth remakes what was already written – after all, it always has been concerned with the prescribed nature of destiny.

The original had a decent enough writer.

The performances are astonishingly intense, their sound and fury signifying everything.