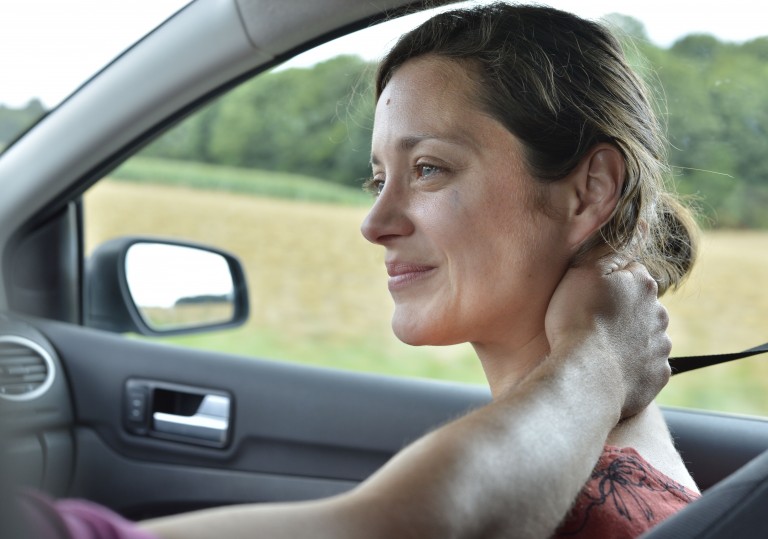 The Dardennes appear physically unable to make a bad movie.

We may be jumping the gun, but Two Days, One Night is the brothers’ greatest film.

“Oh those Dardenne brothers — they’re are always making the same movie over and over.” It’s a tiresome refrain that is sadly echoed on arts pages and movie blogs worldwide. Belgian maestros Jean-Pierre and Luc Dardenne do indeed have a cinematic sweet tooth for a certain strain of politically trenchant and lightly-poetic realism, as well as a predilection for brusque suburban fairy tales about the domestic struggles of those existing on society’s hardscrabble fringes.

Setting aside the fact that it comes across as a sun-dappled sister film to their 1999 masterpiece, Rosetta, Two Days, One Night is also the brothers’ cunning riposte to any and all accusations of repetition. Down to the marrow of its subject matter, this is a film which examines the notion that, if one is fully-attuned to fine nuance, that genuine repetition is in fact beyond the capabilities of the human body and mind.

On paper, the concerns in this film translate as somewhat small-fry, though the manner in which the Dardennes escort us through this quaint industrial proverb results in a work of near-incomprehensible moral and political complexity, and not to mention Earth-shattering import. In a similar vein to their wonderful previous, The Kid with a Bike, the brothers are now making films which appear to share their DNA with both Eric Rohmer and Walt Disney — miniature epics which are rooted in the realms of classical fantasy (is this their take on ‘Snow White’?). Tin-pot union bureaucracy has never felt so utterly heart-wrenching, and the film this most closely recalls is The Passion of Joan of Arc, Carl Dreyer’s silent contemplation of a lone, weeping woman battling against the callous and corrupted bulldozer of “justice”.

Marion Cotillard’s sad-eyed and saintly mother-of-two, Sandra, is facing redundancy down at the local solar panel concern. Colleagues have voted to accept a €1000 bonus in lieu of keeping her on the payroll. Convinced there was foul play involved, Sandra — desperately forcing back a tumult of internal emotions, many of which have serious medical ramifications — is set a weekend quest when the boss allows for another vote two days hence. With the aid of her doting husband, she pluckily lobbies for her position, and the film offers a simple, episodic chronicle of her expedition to save her self-respect, her family and her sanity.

Cotillard is predictably immense in the lead, managing to bring subtle variation to the deliberately repetitious narrative which in turn exhibits the refinement of her tack as well as a process of realisation that her endeavour might just be entirely selfish — how can her own financially security be equally weighted against that of her colleagues? Her tearful eruptions of self-doubt are devastating, the first occurring in an almost unbearably upsetting opening sequence where she receives the bad news over the phone. Perhaps the most miraculous aspect of her performance is the fact that there’s no hint of movie-star slumming, that she’s getting her hands dirty and doing a “small movie” for the credo, that her character’s apparent simplicity should preclude a total and complete understanding of motivation.

The film asks, what is poverty in the 21st century? Do people have the same conceptions of success and hardship? Some may read Two Days, One Night as a celebration of individualism, while others might see something darker, perhaps a judgement on humanity as an essentially ungovernable morass of bodies who each define happiness in different ways. The brothers also capitalise on the narrative opportunity to tenderly examine the social and ethnic diversity of Sandra’s colleagues (interestingly, it’s the minorities who tend to be more empathetic towards her plight) and, by mid-way through the film, even the neighbourhoods, streets and door-frames seem specifically chosen to provoke a prejudgement. In the background, a symphony of alarms and beeps and warning signals and ringtones can be heard, a harbinger of social automation which we know can never truly be attained.

The genius of this film (to this writer, the brothers’ best) is the way that it constantly undercuts preconceptions. Just when you feel that didacticism is creeping in, that a side is being taken or a point is being pushed, there’s a twist and we’re right back to neutral. It’s difficult to articulate what it is that’s so great about the Dardennes’ cinema, but it perhaps has something to do with being in the thrilling company of filmmakers who fully comprehend the intricacies of their own text — a skill which is very much taken for granted. Their vigilance as filmmakers is awe-inspiring. This movie is a miracle.

The Dardennes appear physically unable to make a bad movie.

We may be jumping the gun, but Two Days, One Night is the brothers’ greatest film. 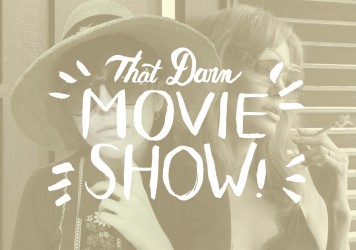 By the Sea video review

Is Angelina Jolie-Pitt’s third film as a director a tedious prestige pic or something more profound? Watch and find out...