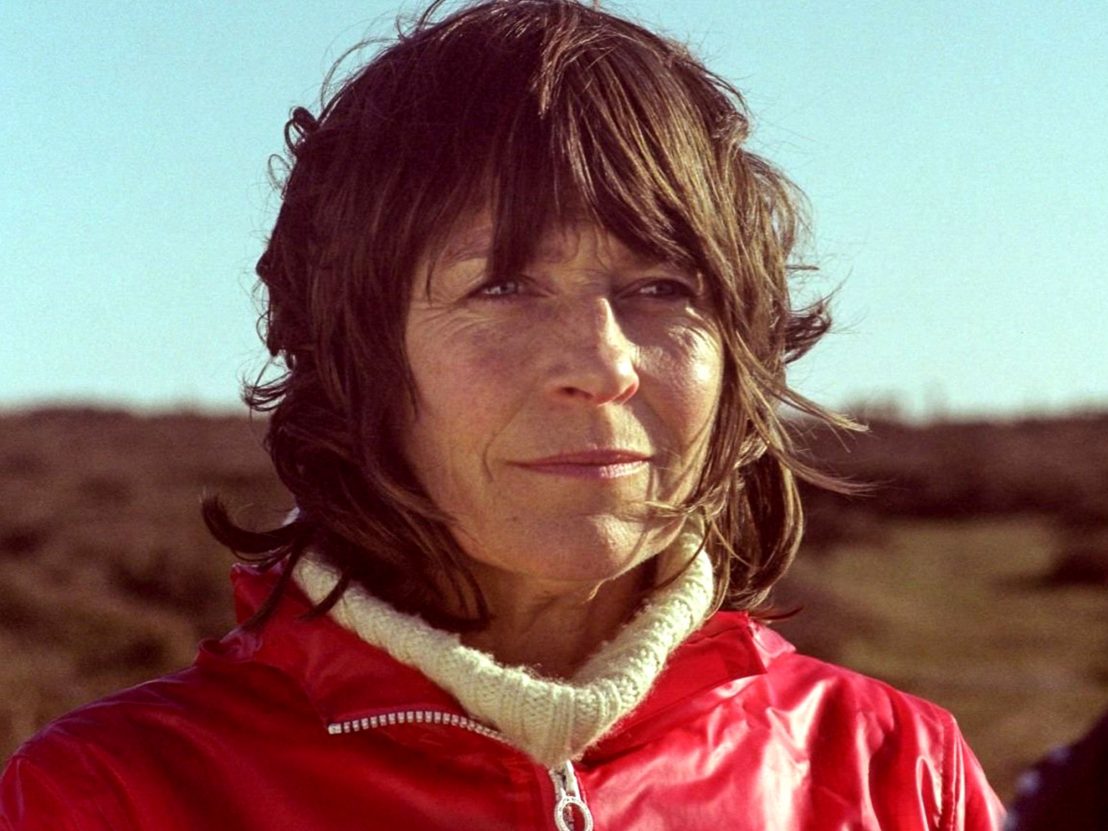 There’s a cliché about being able to comprehend a person’s experience by looking at the topography of their hands. The crevices, folds and scars serve to indicate the toils and struggles of life. The same might be said of film stock, where the crisp, wipe-clean sheen of the digital image signifies a life of fancy-free charms, while the blemishes and imperfections of celluloid suggest a certain level of strain and durability. It’s easier to glean an added layer of texture from celluloid than it is for digital, like signs of history beyond the film’s creation.

Which makes sense when discussing Mark Jenkin’s intriguing and intoxicating second feature Enys Men, which has been shot on 16mm stock that looks like it has been festering in the corner of a lab for many, many decades. The film is very much a thematic continuation from his lauded 2019 debut, Bait, in that it extrapolates and expands upon the idea of conflicting worlds existing in the same geographical space.

In that early film, it was the contemporary notion of the insidious gentrification of Cornish fishing villages, and how that process encroached on age-old local tradition. With Enys Men, Jenkin has opted for a story whose ghosts – here representing a fallen island community – are depicted in a more literal fashion. Yet this manner of representation sternly refuses to yield to convention, whether that’s through the small parcels of context Jenkin supplies, or the bold ways in which these apparitions appear on screen.

We’ll come to Mary Woodvine’s extraordinary central performance in a bit, but first it’s worth attempting to place Enys Men onto a wider map of image-based media. Those looking for some generic compartmentalisation might opt to refer to this as “folk horror”, in the mode of Britain’s most prominent propagator of those stories, Ben Wheatley. Its dizzying, strobe-like editing and discordant sound design – plus the use of red as a symbolic accent colour – make this feel like an antecedent of Nicholas Roeg’s gothic classic, Don’t Look Now.

Yet its most fruitful cultural touchstone is the MR James ghost story ‘Whistle and I’ll Come to You’, particularly the masterfully terse 1968 BBC adaptation starring the great Michael Hordern. Both stories share the motif of a lone, possibly eccentric academic heading out into the rugged wilderness and, in their wanderings and research, accidentally disturbing some kind of spectral being which returns to haunt them in strange ways.

Enys Men refers to the name of an abandoned island off the Cornish coast upon which Mary Woodvine’s unnamed botanist is living in a tumbledown cottage powered by generator. Every day in the morning, she dons her red cagoule, trudges the dirt tracks towards a rocky verge, and studies a crop of white flowers by measuring the temperature of the soil around them.

On her way back home, she walks by a turret next to an open mineshaft, and whether through suspicion or just curious habit, drops a stone down there and waits to hear the sound of it splashing in the water below. She repeats this journey every day, with nary a flicker of emotion visible on her purposely inscrutable visage. The rigour of Woodvine’s performance is admirable, as is the hypnotic manner in which she intones the film’s few lines of dialogue, as if the words were being channeled from some alternative metaphysical plane.

With the dramatic rules established, Jenkin slowly but steadily begins to introduce small fissures into the routine. Like the film stock itself, this simple task becomes more complicated with all these miniature intrusions which, in turn, draw the woman’s mind away from her work and towards something more inscrutably personal. And that’s when the weird stuff starts to happen.

If there’s one criticism with the film, it’s that it perhaps doesn’t develop its story and characters quite far enough. We arrive at a certain point, and then just stop. You’re left to swirl in the audio-visual tumult while you’re watching the film, but there are perhaps too many ellipses and cards-kept-close-to-chest to make for a fully satisfying experience. There are allusions to the woman’s past and present, but nothing that is shown in enough detail to forge a significant emotional connection with her.

That said, Enys Men is a technical tour de force, and clearly must have kept Jenkin and his crew locked to their Steenbeck bay for many long days and nights. The heady rush of sound and visuals provide their own uniquely absorbing effect, and there’s enough subtle variation in the plot to retain engagement throughout. Unlike Wheatley and fellow Brit cohort of weirdness, Peter Strickland, Jenkin doesn’t opt for a full ASMR psychedelic freakout finale, instead building to an intense and obscure crescendo and then just pulling down the end credits.

In ambition, achievement and Jenkin’s future as an image-maker of esoteric esteem, this is a big step up from Bait.

A family’s quiet mountain life is disrupted by the arrival of a relative in Lea Mysius’ beguiling second feature. 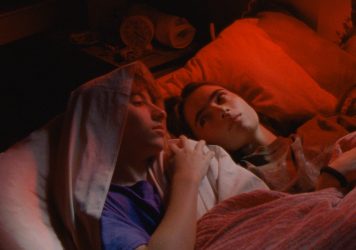