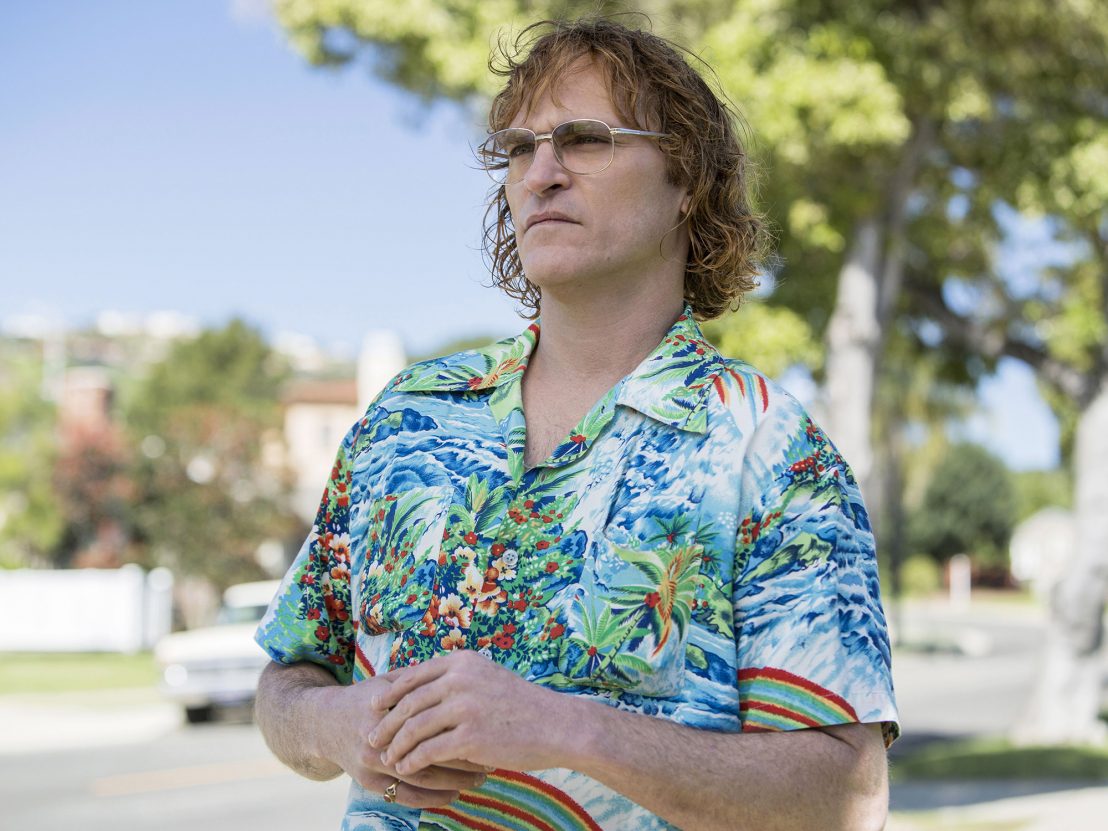 Gus Van Sant reunites with Joaquin Phoenix for an oddball comedy-drama about disability and addiction.

Gus Van Sant has had a rough decade. In 2008 he was flying on the success of Milk, but his efforts since haven’t inspired quite the same reverence. When The Sea of Trees premiered at Cannes in 2015 it was met with the reaction that strikes fear into the hearts of many a seasoned director – loud booing. Three years later, he’s undoubtedly hoping for a more positive response to Don’t Worry, He Won’t Get Far on Foot.

Originally conceived as a project by Van Sant’s close friend Robin Williams, following his death Van Sant decided to continue with the film, speaking to subject John Callahan in a series of interviews before he passed away in 2010. Maybe death haunts the film – certainly it comes up as a theme time and time again. Sometimes the reflection is poignant, sometimes it’s as subtle as a sledgehammer.

Adapted from Callahan’s memoir of the same name, the film covers his life from his accident at the age of 21 to his sobriety which began at the age of 27. It’s a strange choice on Van Sant’s part then to cast 43-year-old Phoenix in the role, with a naff red wig and a pair of oversized glasses. Even so, Phoenix’s gift is his subtlety, even in a role like this where he plays a larger-than-life character. There’s a sense of vulnerability about Callahan which he manages to convey despite the script’s curious lack of backstory, which omits important details and presents characters without any context.

Worth mentioning too is the surprisingly good performance Jonah Hill puts in as Donnie, Callahan’s Alcoholics Anonymous sponsor. Something of a quasi-Jesus figure, he’s soft-spoken and wise beyond his years, with Hill giving a very different performance from any we’ve seen before – in a late scene he’s particularly brilliant, as Donnie’s careful facade of unflappable calm begins to falter. There’s also a small but strong performance from singer Beth Ditto, cast as Reba, a fellow AA member and friend of Callahan’s, who’s unrecognisable in her acting debut.

Admirable too is Van Sant’s attempt to tackle taboo questions of disabled sexuality and disability discrimination. It’s refreshing to see a film that presents the sex life of a disabled person in such a matter-of-fact way, and Van Sant doesn’t shy away from grappling with the messier aspects of Callahan’s post-accident existence. When Carrie Brownstein’s disability assessor criticises Callahan for using his wheelchair more than other disabled people, he frustratedly cries, “It’s because I have an active life!” It’s also great to see the real Callahan’s cartoons interwoven with the narrative through animation, even if Phoenix’s voice-over feels a little unnecessary and cheesy.

It’s obvious that Callahan was a deeply troubled and deeply fascinating figure, and Van Sant leans heavily into his subject’s own mythology, meaning you’re never entirely sure what’s fact or fiction. Even so, one can’t help but feel something’s missing. There’s no exploration of why Callahan turned to cartooning after his accident, and the only reason given for the alcoholism which leads to his accident is the abandonment he suffered as a child, which leaves out the important detail that the real Callahan began drinking at the age of 12 after being abused.

In his decision to focus solely on Callahan’s addiction and recovery, Van Sant often strays into mawkish territory, which isn’t helped by Danny Elfman’s tinkly score. It’s much better than Van Sant’s last three films, but nowhere near the director’s best.