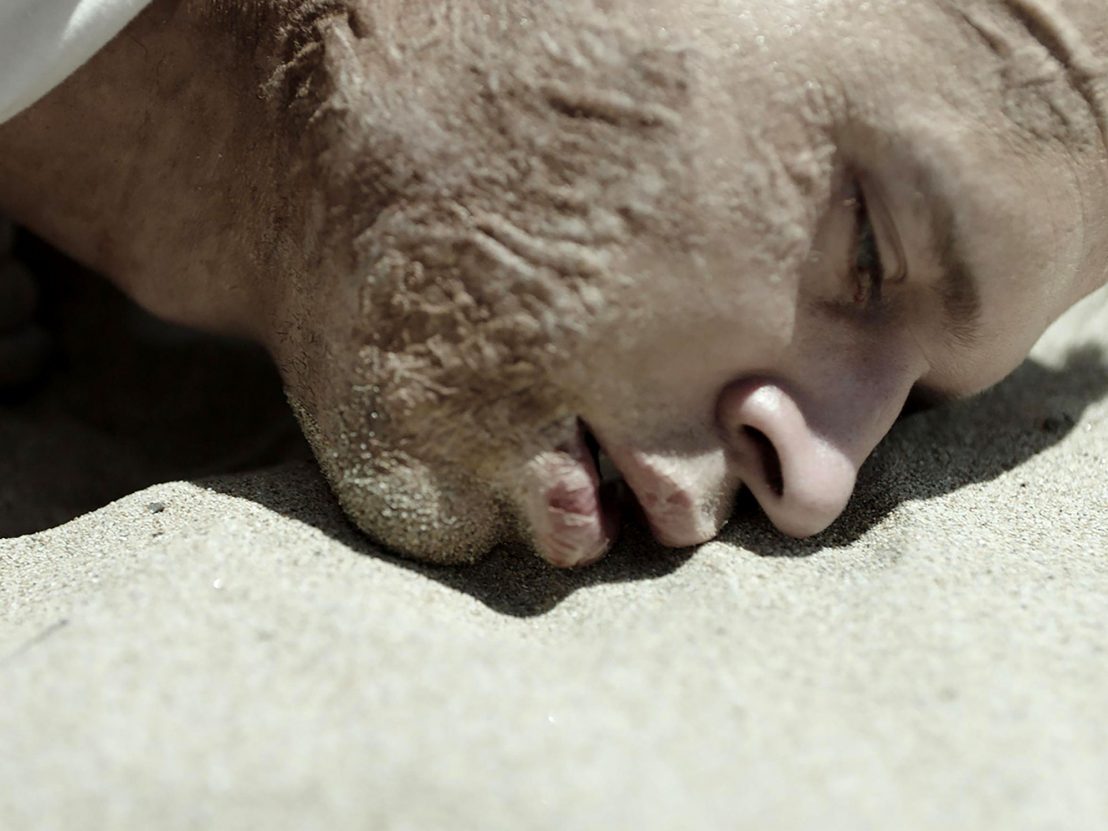 There is always something enthralling about a long-time actor’s decision to step behind the camera. Is it a bid to prove something? Do they really have an artistic vision, or are they existentially struggling with the fact that they are a mere puppet rather than a full-bore creator? The results of these directorial dalliances have resulted in some astounding films. For every Warren Beatty (Reds) or Ron Howard (A Beautiful Mind) though, there’s a Sean Penn (The Last Face) or Ryan Gosling (Lost River).

The latest screen icon to jump behind the camera is none other than Kristen Stewart, star of Certain Women, Personal Shopper and the Twilight saga. Instead of launching directly into making a full length feature, Stewart has opted to turn her hand to short-form filmmaking with Come Swim. The film details a man’s struggle with loss; perhaps the departure of a lover, though it may just as likely be this lover’s death. With his significant other absent, a man (Josh Kaye) is left simultaneously drowning and dying of thirst. The identity of this lover remains unclear until the film’s finale, yet most will recognise the woman’s voice as belonging to Stewart herself.

Like many actor-turned-directors before her, Stewart wears her influences on her sleeve. To express the interior crisis of her protagonist, she invokes the surrealism of David Lynch along with the body horror of David Cronenberg. The film’s aquatic metaphors remain appropriately ambiguous in the first segment, in which Stewart’s storytelling is purely impressionistic. Yet as the story progresses it begins to hint at a big reveal, one that dampens the enthralling mystery set up at the outset.

While Come Swim begins as an exercise in surrealism, it eventually exposes its transparency in what seems like an attempt to concede to the expectations of a more generalised audience. The vivid depictions of thirst and drowning are replaced by matter-of-fact storytelling, with Stewart’s own voiceover becoming less cryptic and more of a guiding light.

These script contrivances aside, Come Swim is a beautiful looking piece of work. With the help of cinematographer John Guleserian, Stewart has crafted a rapturous visual wonder that far outshines the deficiencies of the screenplay. While the images may not coalesce to any conventionally satisfying measure, they nonetheless hint at a young filmmaker with real talent. As a debut, Come Swim is admirable. It may not be entirely effective, but it does serve as a reminder that the best way to learn filmmaking is to pick up a camera and shoot.