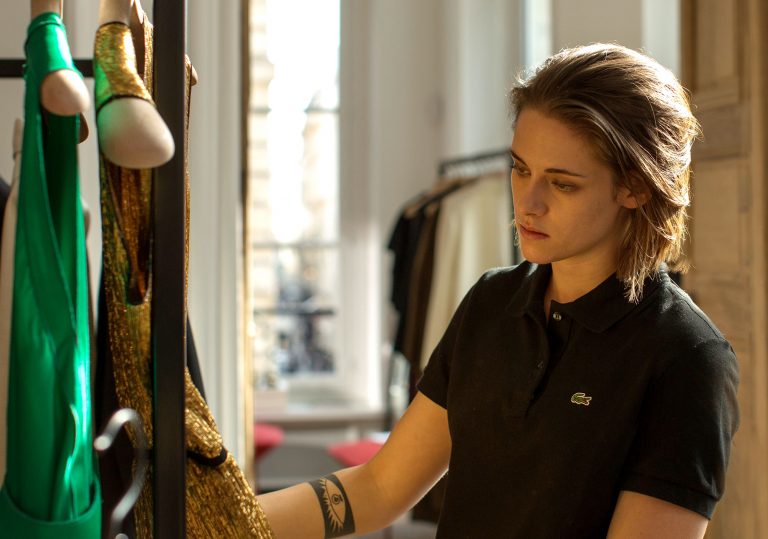 The film’s strangeness will stay with you and push you to keep on interrogating it.

When it comes to projecting anguish and ambiguity, there is no one better than Kristen Stewart. In Personal Shopper, she offers a refined version of her Twilight saga performance, which oscillates between discreet twitchiness and vocal outbursts, as if emotions had to fight against in order to be felt.

Olivier Assayas employs this anxiety-based persona with great precision. He also takes it as a foundation on which to build a complete, multi-faceted character, one that pushes Stewart to further explore her vast acting capabilities. Grief and spirituality become two new strings to her bow, which she uses with (occasionally too much) bravado. Her now-established tense style means that she’s never quite there; in Personal Shopper, Assayas offers tentative answers as to where exactly she is, placing her character Maureen somewhere between death and a world of ghostly apparitions, as she grieves the passing of her twin brother by waiting for him to give her a sign from beyond the grave. She floats between the earth and the heavens.

Maureen is the personal shopper of the title and eventually returns to the clothes that she buys her client. She tries to benefit from the aggrandising power of fashion and beauty and define herself beyond grief. This shallowness is at odds with the depth of her anguish and spiritualism, but this contrast appears realistic: she is looking for an easy escape from her sadness and tries to anchor herself in physical reality via materialism. By letting Maureen do things she actually finds despicable and later regrets, Assayas raises her to a tragic and human level, He makes her compelling and inscrutable.

However, while the director excels at conveying the strangeness of her behaviour, he sometimes cannot avoid looking ridiculous himself. This might be because Stewart has now truly become the incarnation of a profound complexity that the trivial satisfaction of a pair of high heels or a glittery dress could not seduce. 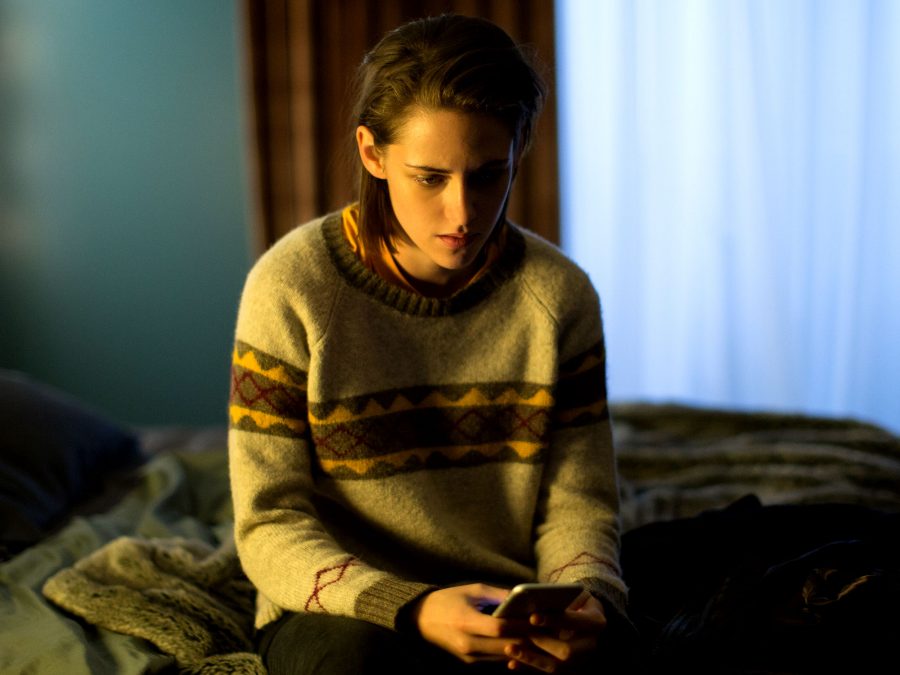 This awkwardness also arises from Maureen’s search for meaning and the overwhelming (yet authentic) presence of technology. She reads about art on her iPad. She talks to her employer on the phone. She sees her boyfriend via Skype. This interplay between mysticism and tech crescendos in a captivating, creepy yet often amusing sequence during which Maureen has a lengthy text conversation with an unknown number who seems to know a lot about her.

It is one of the most accurate cinematic representations of the all-too common practice of texting. By simply showing Maureen going about her various tasks while keeping this bizarre conversation going throughout her day, Assayas reveals the oddness of our way of life. Virtual communication technologies allow us to constantly occupy several spaces at once. Together, the messaging and the ghostly aspect of the story serve to highlight Maureen’s displacement.

Yet the film’s denouement is too on-the-nose after such a strangely stimulating concoction of materialism, murder and spiritualism. Assayas’ perception of technology remains the most intriguing takeaway from Personal Shopper: as much as our devices disconnect us from the present of our lived experience, they offer an answer our search for the unknown.

The film’s strangeness will stay with you and push you to keep on interrogating it.