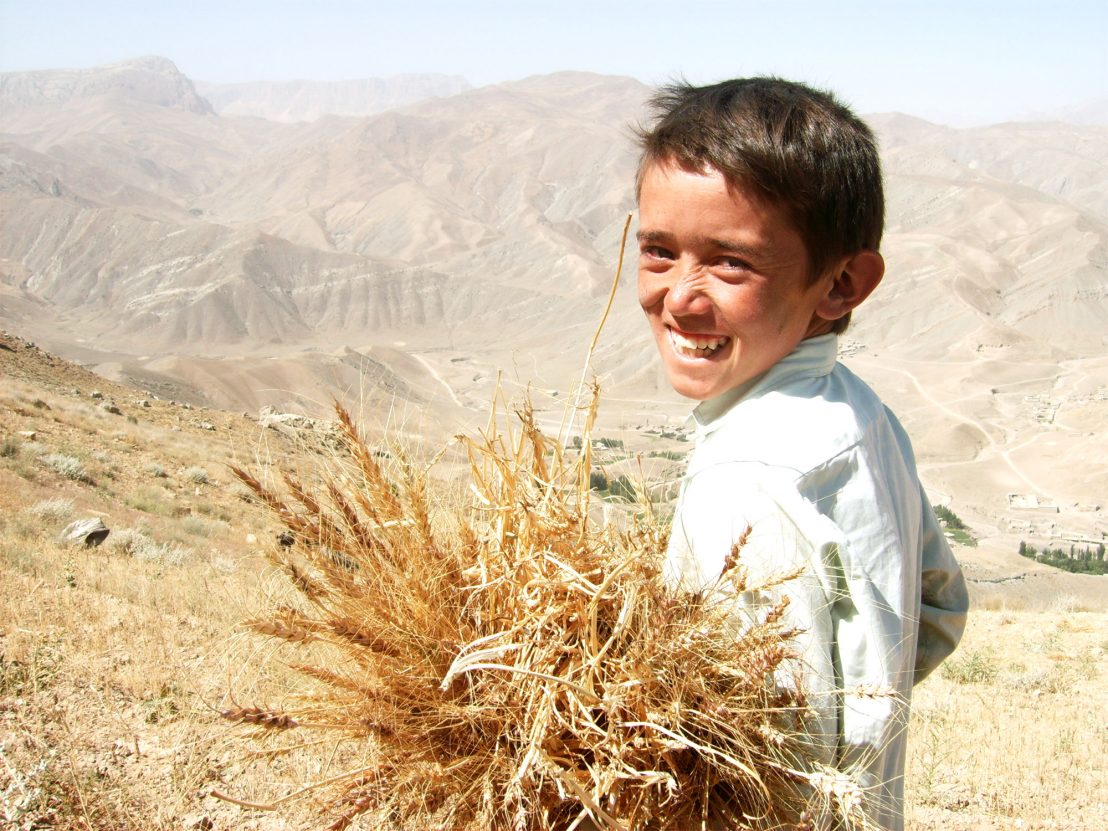 This new documentary is Afghanistan’s answer to Boyhood

In 2004, director Phil Grabsky made a splash on the festival circuit with The Boy Who Plays on the Buddhas of Bamiyan. The documentary follows eight-year-old Mir as he and his family carve out a humble existence among the caves behind the remains of the Buddhas of Bamiyan, once the world’s tallest stone sculptures which were destroyed by the Taliban in 2001.

Seventeen years and another feature documentary (2011’s The Boy Mir) later, Grabsky returns to his subject for a third time. Joining forces with Afghan journalist Shoaib Sharifi, Grabsky and his team continue to follow Mir as he enters adulthood, leaves the caves of Bamiyan and goes to Kabul with his wife and children to find work. Although Mir has already been the subject of two previous features, My Childhood, My Country begins again in 2002 when Grabsky first started filming with the family, a curious decision which overwrites the existence of the two previous documentaries.

Against the remote Afghan landscape Mir’s childhood is marked by both joy and hardship. His parents send him to school, although he soon has to drop out to support his family by working the land. American fighter jets fly overhead, providing an amusing distraction for the boy, while a pair of donkeys become his “motorbike” and “plane.” Between these touching domestic scenes, Grabsky and Sharifi cut to news footage covering the war in Afghanistan, a juxtaposition which highlights the precarious yet strangely mundane nature of living in a warzone.

Filming a person over the course of their life has inherent consequences. For example, Mir’s wife first heard of her future husband as the local “movie star”. Still, it is common to hear filmmakers freely admitting to intervention, which Grabsky and Sharifi do when Mir and his family move to Kabul and are unable to find work. On-screen text explains that the filmmakers helped to find Mir a job as a cameraman, something their subject showed an interest in as a young boy.

This intervention shapes more than the film’s narrative: on his way to filming the aftermath of a suicide bombing, Mir narrowly misses a second explosion because he stops to find a memory card. When a documentary is set in a country which is harbouring the repercussions of a foreign imperial force, choosing not to explore the ethics of a Western film production intervening with their subject feels like a missed opportunity.

My Childhood, My Country is markedly different from Grabsky’s earlier documentaries because Mir, now in his twenties, is able to film himself as well as provide voiceover which accompanies the early footage of his childhood. This framework, which gives Mir an opportunity to reflect on his own life, is a welcome addition, yet the decision to squeeze 20 years into just 90 minutes does the film’s pacing no favours. Nevertheless, this is a fascinating example of protracted filmmaking and a refreshing counter narrative to those which typically surround the War on Terror.