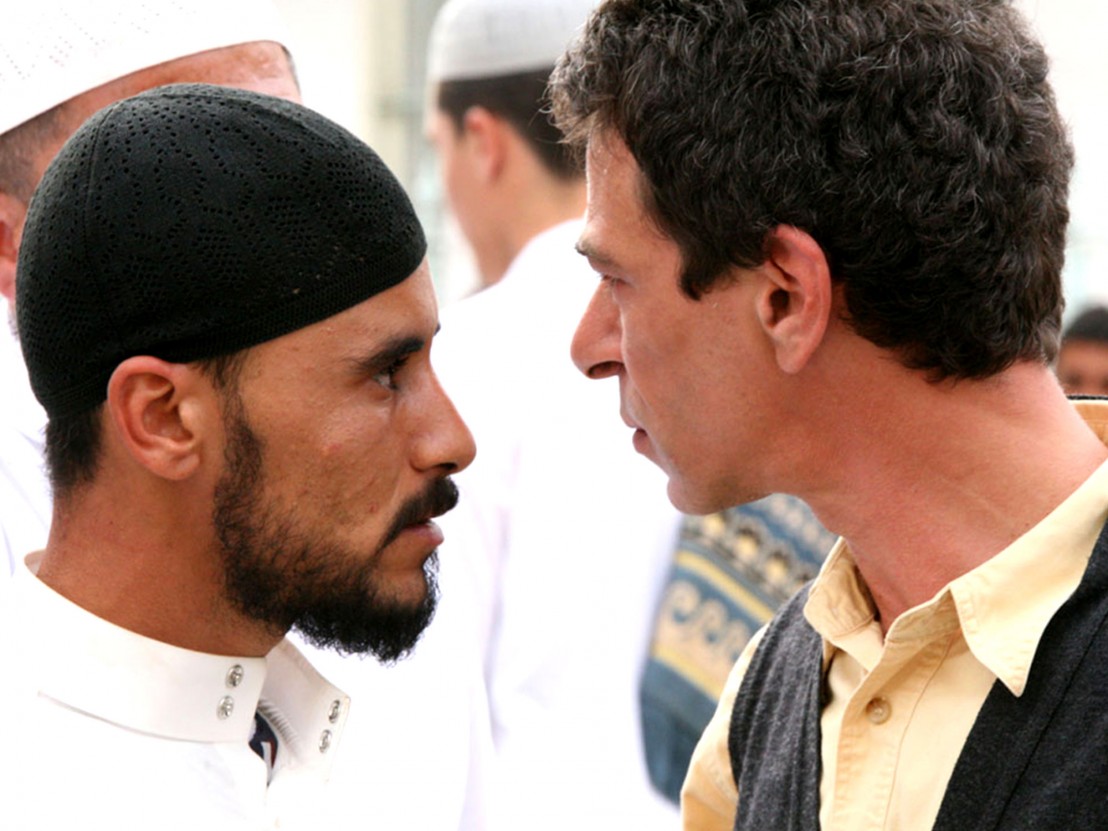 Returning for its third edition under the curatorship of Rasha Salti, Safar is a biannual showcase of the diversity of Arab cinema, a broad grouping that represents one of the exciting collective outputs in contemporary international cinema. As Rasha notes, with a sense of pride that comes from having spent years championing a long neglected strand of world cinema, “Arab cinema has changed a lot in the last 15 years, but in the last five something wild has been happening. It’s almost as if the genie is out of the bottle.”

Having acted as Programmer and Creative Director for ArteEast, a New York based organisation focused on artists from the Middle East and its diasporas, as well as curating various touring programmes of films from the region, Rasha is well placed to “show how diverse, broad and different Arab cinema has become.” In recent years, as MENA Programmer for the Toronto International Film Festival, she has seen the region’s filmmakers develop and embolden alongside the various revolutionary developments of their home nations.

Tasked with presenting UK audiences with a cross-section of Arab cinema, Rasha selected eight features that despite having no thematic connection are unified by their bravery. “Films that challenge stereotypes and taboos, films where the veil of censorship has been lifted.” This is most obviously the case in Avo Kaprealian’s Houses Without Doors, the strongest, most refreshing film in the programme and also the most challenging. A collagist exercise in documentary hybridisation, the film uses manipulated clippings from the history of Armenian cinema to draw parallels between the plight of Syrians today and the historic Armenian genocide. Mixing this archive material in with impressionistic handheld footage taken from Kaprealian’s apartment balcony and layers of emotive, evocative sound, Houses Without Doors shows a fluidity and formal flexibility that is genuinely liberating, the resultant film as potent and moving as it is unclassifiable.

The other experimental documentary at Safar, Lebanese filmmaker Selim Mourad’s This Little Father Obsession, is similarly inventive and unshackled. It sees the gay filmmaker explore his fraught relationship with his parents through a series of confrontational staged conversations about his sexual identity that push the limits of his parents’ tolerance. Exploring the issue of legacy within traditional familial structures, Mourad opens closed corners of his extended family’s history, much to his father’s anguish. “Why go twirling in this labyrinth?” his father asks early on. Because the answers that Mourad uncovers prove essential to his understanding of his own sense of self.

More conventional but similarly impressive are two debut Tunisian features which share a focus on the transformative power of music. In both Fares Naanaa’s Borders of Heaven, a slow-burn marital drama with tragedy at its core, and Leyla Bouzid’s As I Open My Eyes, a colourful, no less fraught mother-daughter relationship story which has been winning plaudits at various festivals, the female leads undergo revelatory emotional transformations when they take the stage for the first time late on. Explosive moments in otherwise low-key dramas, these sequences carry the emotional weight of the preceding 90 minutes of mounting, regionally specific tensions, and lift them to a cathartic conclusion that represents the importance of unbridled self-expression that ties all of the films in Safar.

Also of note is Muayad Alayan’s Love, Theft and Other Entanglements, in which a desperate Palestinian man steals a car only to find that the trunk contains a Israeli soldier. Mostly a by-the-numbers thriller, Alayan’s neo-noir is made more enthralling by the intrigue and moral conflict inherent to the political milieu it depicts. Similarly evocative is Salem Brahami’s Let Them Come, a lean adaptation which follows a secular family struggling amid a wave of extremist violence during Algeria’s ‘dark decade’ of the 1990s. Though slightly dramatically inert for long stretches, the film’s conclusion packs a sizeable, lingering punch.

Safar features eight films that are entirely different but share a courage and conviction in what they depict, an urgency in their storytelling and a freedom of expression you might not be expect from films of this region. This feeling – what Rasha calls the “intangible, essential energy behind these films” – is really key to the festival and what it reveals of the Arab world. Behind all of the films is a palpable vitality and immediacy, a sense that we are witnessing the emancipatory effect of “filmmakers making films that absolutely have to make. I think this comes with watching dictators fall. It’s the impact of the Arab Spring that you cannot measure in electoral politics.”

Among all of the films at Safar, there’s also a sense of the unexpected. As Rasha explains, “one of the things I’ve learnt over the years programming films is that you should never underestimate your audience. People have bought a ticket. They’re predisposed to being surprised, enchanted or provoked.” Despite varying degrees of quality, all of the films she has chosen do just this. She adds, “these artists dared to open doors and tell stories, to represent a reality that is really there but is not communicated.”

The third Safar film festival runs at London’s ICA 14-18 September. For more info on this year’s festival and to book tickets visit ica.org.uk