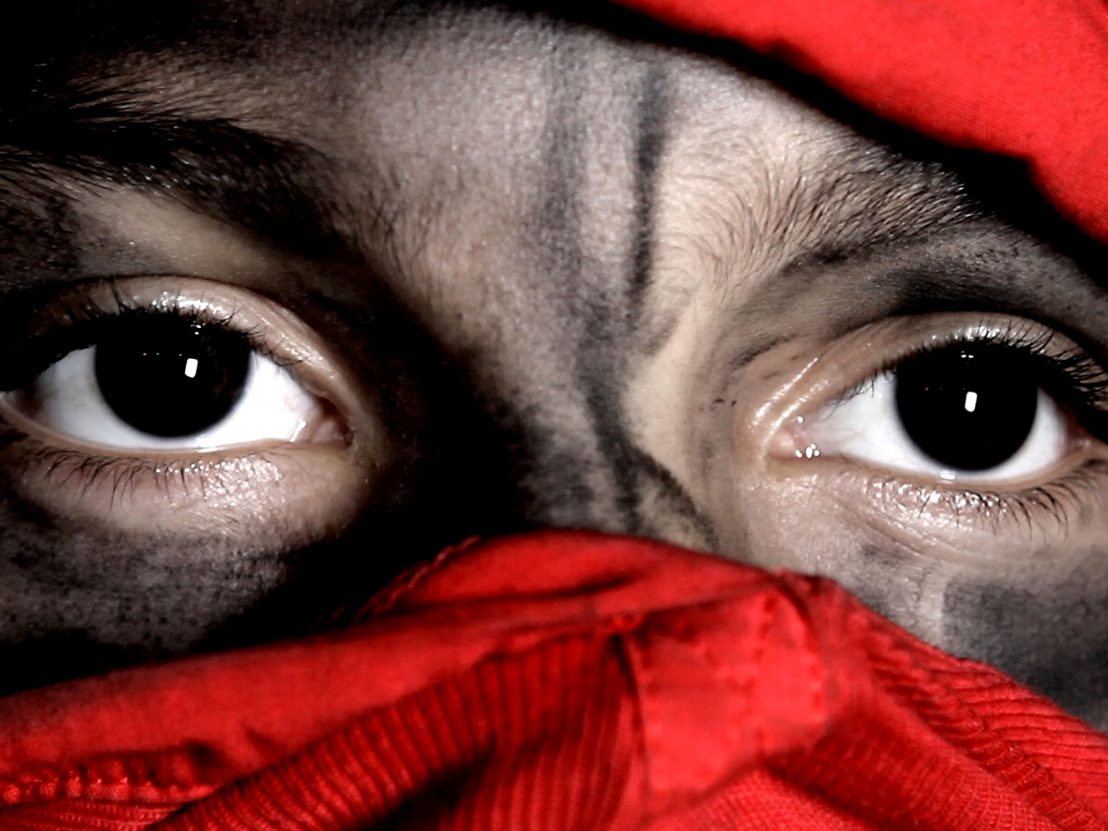 Shubbak (meaning ‘window’) is a London’s largest festival of contemporary Arab culture. The film programme, running at Ciné Lumière and the Barbican between 3-9 July, looks to question image creation and the role of representation, bringing in both veteran directors and emerging voices to reframe narratives and imagine the future. Arab women’s voices are at the centre of the programme – distinct and bold in both subject matter and form, finding the language to explore different perspectives with subtlety, creativity and vision.

The voices of Syrian female directors are important for the different perspectives they offer: subtle, layered, sometimes even tangential understanding of the big picture – anchoring past realties to better understand the situation we see today, reflecting on the fate of children who will live with the destruction of their country, positioning culture as a key bridge between cultures.

Reem Ali’s Foam, made in 2008 – before the Syrian revolution of 2011 – is reflective of an impulse among a generation of young Syrian filmmakers to push for more direct language, testing the boundaries of what can be said in an authoritarian regime. The film paints a sensitive portrait of a Syrian couple who paid heavily for their political activism through the prism of their every day – trying to balance care for a mentally disabled family member with work, memories of their experiences of political prison and a longing for change. 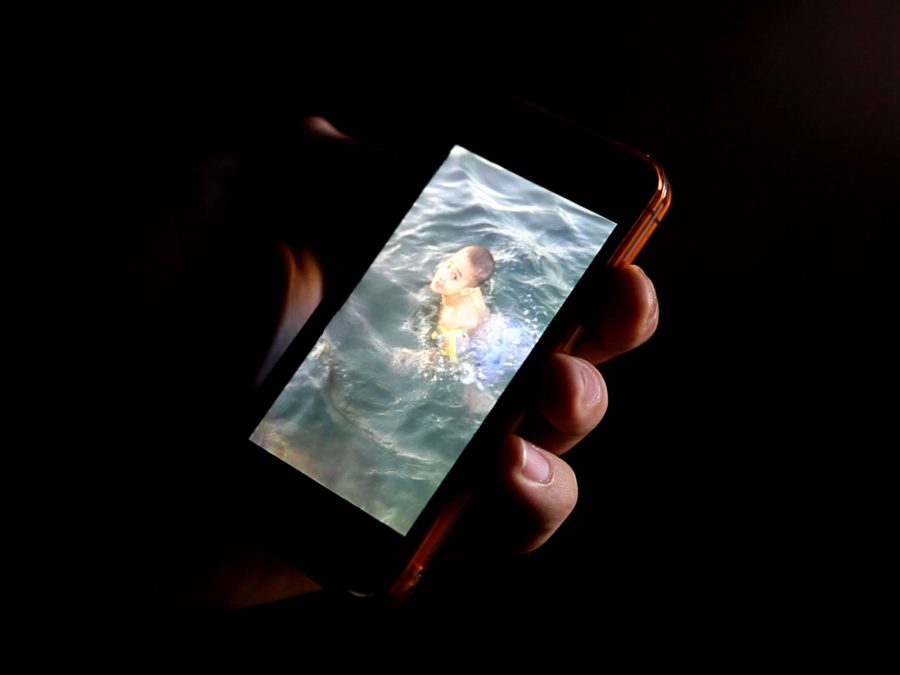 Hala Alabdalla is one of the country’s most prominent cinematic voices. Her 2006 directorial debut, I Am the One Who Brings Flowers to Her Grave, provided a strikingly different approach to storytelling from the directors that she had spent years collaborating with – from Omar Amiralay to Oussama Mohammed and Mohammed Malas. Her latest film, Farouk, Besieged Like Me explores the things we’re not talking about when it comes to Syria – literature, food, identity, cross-cultural understanding. The film’s subject, Farouk Mardam Bey, is an editor for the French publishing house Actes Sud, which publishes books from the Arab world – he is quite literally a bridge between cultures, the curator of Arabic fiction that will be translated and made available in French.

Through the prism of Farouk’s world, and in the intimacy of his kitchen as he cooks for friends, the film reflects on the semantics of the future. Over dinner, his guests – writers and thinkers from across the region – unpick questions of belonging and the role of language in today’s conflicted times. The words of late Palestinian poet Mahmoud Darwish, a close friend of Mardam-Bey’s and whose words are referenced in the title, resonate louder than ever. This is a unique and thought-provoking documentary that invites you to the table to reflect on pressing questions about Syria, culture and identity.

Shubbak will also see the UK premiere of Obscure by Soudade Kaadan, a film that in the director’s own words “explores the impossibility to verbally express what is happening in Syria now.” The film’s subject is the silence of a child, Ahmad, who has been left traumatised by the current situation. In some ways, Obscure also marks Kaadan’s own break from silence, having not picked up a camera for four years, unable to engage in the endless cycle of violence by reporting it through film. She describes it as “an attempt to understand the relation between the virtual world and the reality in time of war where our daily life is invaded by the horror.” And as the title suggests, it is a reflection on the shadow such realities cast – trauma, a reality that a generation must engage with and move on from. 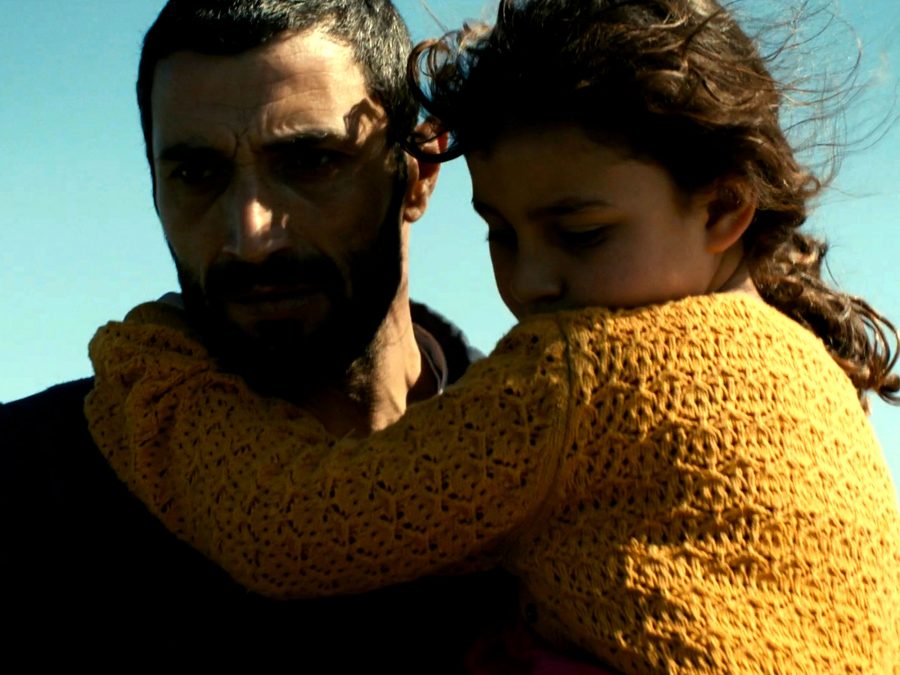 Flipping the lens to see the inevitability of trauma, is Mare Nostrum, which screens as part of the Imagined Futures short film strand, in which directors Rana Kazkaz and Anas Khalaf capture the dilemmas lived by many on the Mediterranean shores by reflecting a Syrian parent’s choices to save his daughter. It feels surreal, the reality is just that.

The broader region is also represented through films by some of the most exciting voices in the region today. Larissa Sansour and Mounia Akl’s short films also take us into unexpected realms – in Nation Estate, multi-disciplinary artist Larissa Sansour (whose work is also currently featured in Barbican’s exhibition Into the Unknown: A Journey through Science Fiction exhibition) offers a dystopian, humorous and vertical solution to Palestinian statehood: one colossal skyscraper housing the entire Palestinian population, now finally living the high life.

Meanwhile, the future is imagined with both humour and defiance in Mounia Akl’s Submarine, receiving its UK premiere at Shubbak after screening to much acclaim in the Cannes Film Festival in 2016, in which wild child Hala stubbornly refuses to evacuate her derelict house when the garbage crisis in Lebanon – an ongoing reality since 2015 – causes her whole village to flee.

The festival will also be an opportunity to revisit Narimane Mari’s debut feature – radical, playful, bold and brilliant Bloody Beans, in which children ‘play’ at war and reenact the Algerian war of independence, expanding on questions of memory, history and reality – themes that she has gone on to develop in her new video work, Le Fort Des Fous, that is currently being shown at Documenta 14 in Kassel and Athens. Mari worked with children so that the “subject could be transported into a surreal environment – because being subjected to colonialism or domination can only be perceived in this way”.

Through the eyes of a group of children from the outskirts of Algiers who all responded to a casting call, we literally see Lord of the Flies meet The Battle of Algiers. “In childhood, courage is based mainly on the desire for survival and not on the adult ideology of political engagement,” explains Mari. There was no script, no imposed words or ideas – simply a game of re-enactement and the idea of an adventure lived together. The film’s trance-like soundtrack by Zombie Zombie enhances a sense of playfulness and freedom, but it’s reflection on colonial legacy is no less sharp – “is it better to obey?” asks one of the children, reading out a poem by Antonin Arthaud.

“Events matter little, only stories of those events affect us,” writes Rabih Alameddine in ‘The Hakawati’. Responding to this idea, Shubbak’s film season presents a rich and layered tapestry of films from across the region that challenge the single narrative and reflect on the role of artistic creation in times of change. The women’s voices in the mix are united by their daring and curiosity, to highlight distinct perspectives of the present situation and the future to come. 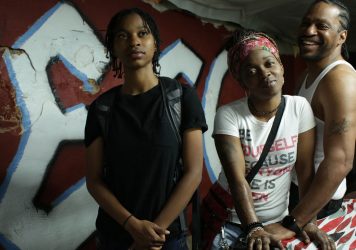 Our favourite documentaries from this year’s festival – all of which you should look out for.