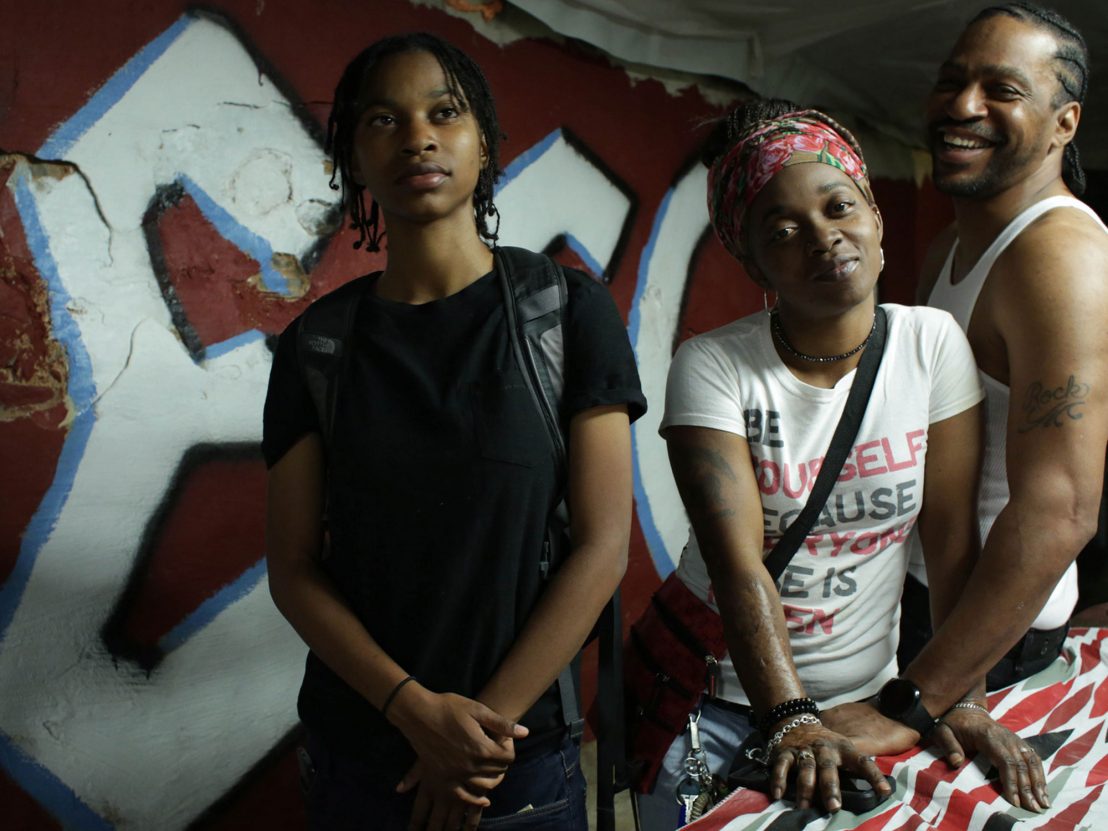 Our favourite documentaries from this year’s festival – all of which you should look out for.

Packed screenings, a village fete vibe, impactful branding, diverse programming, a great central hub, the takeover of a portion of a city – all these vital components are what make Sheffield Doc/Fest one of the UK’s best and most beloved film festivals. We trekked north for a long weekend to sample a little of what documentary cinema has to offer right now, and as you’ll see from our top 10 below, the hits massively outweighed the misses. 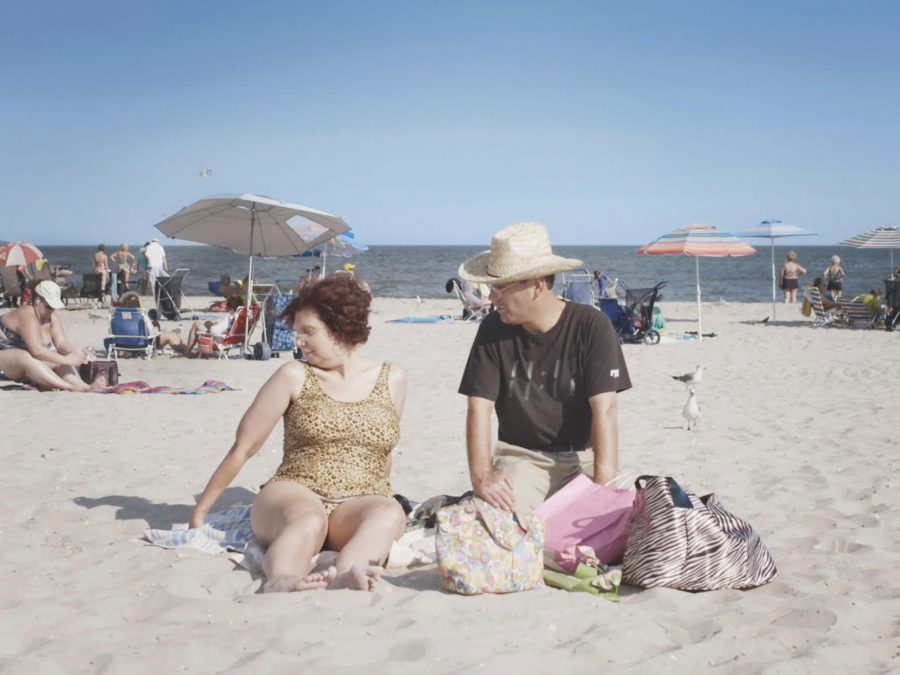 This cute but ethically troubling and eerily clinical doc takes as its subject 48-year-old spinster Dina Buno, who announces early on that her nickname is ‘Kangapooh’ on account of her love of kangaroos and Winnie the Pooh. She’s chatty and very open emotionally. She also suffers from a smorgasbord of mental health issues and is haunted by a formative tragedy from which she was lucky to survive.

Antonio Santini and Dan Sickles’ film seeks to document her return to relative romantic normalcy as she gets hitched to the emo rock-loving shy guy, Scott, who is also “on the spectrum”. The film skates a very thin line between empathy and exploitation, as each chuckle arrives with a sharp pang of self-loathing. The motivations behind some of the creative decisions – including the use of one particularly tone-shifting piece of audio – are very tough to second guess. 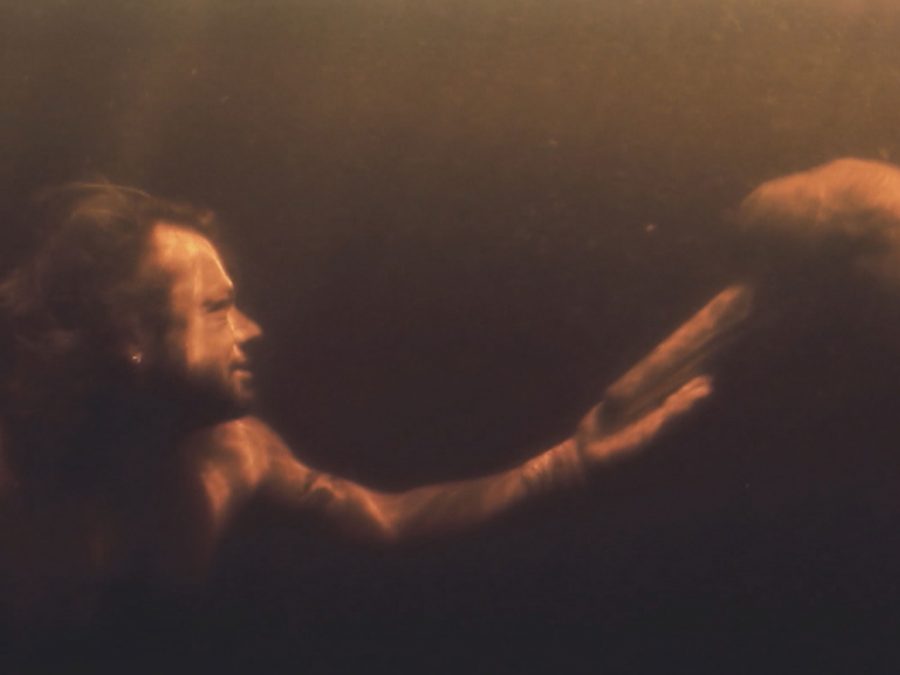 Flipping the time-honoured eco advocacy doc on its head, filmmaker Mark Grieco uses a campaign to save the endangered pink dolphin, found in various stretches of the Amazon, as a way to question the selfish motivations of documentary makers fighting for a noble cause. Richard Rasmussen is a primetime wildlife expert and self-styled Dr Doolittle (with facial tats) who goes undercover to film local fishermen killing these dolphins and using them as bait. The footage sparks understandable outrage across Brazil, but then Greico decides to take a closer look what part the fishermen played in the whole sordid affair. It’s an interesting if overstretched film which gets decent milage from the supremely media savvy and image conscious Rasmussen. 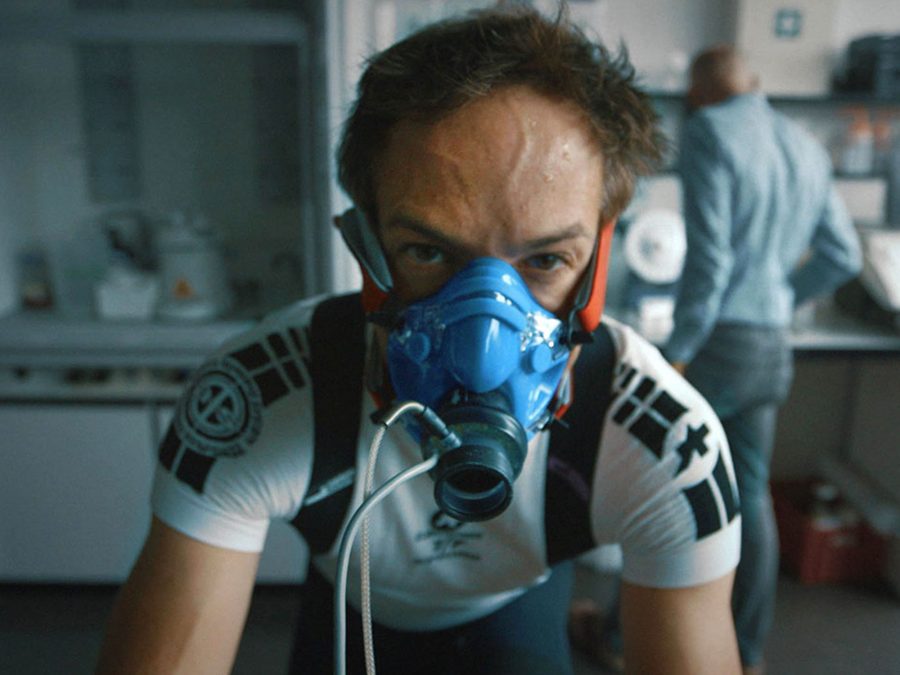 One of those docs which begins as one thing and ends up as something quite different, and the less you know the more you’ll enjoy it. Champion cyclist and healthy living advocate Lance Armstrong got away with doping for years despite being subject to around 500 drug tests. Director Bryan Fogel uses himself as a test subject to discover whether it would be possible for him to win an amateur cycle race while doped up to the gills.

American anti-doping officials don’t want anything to do with his crackpot scheme, but an loopy Russian named Grigory Rodchenkov is only too happy to assist. When we find out that Grigory is Russia’s foremost anti-doping scientist and member of official body WADA, matters get a little more complex. Fogel’s film is slick, hyperbolic and even a little pretentious, but when you’ve got characters and a story this compelling, there’s very little you can do to foul it up entirely.

Chinese teenagers are currently being forced to tramp all manner of strange routes into the job market, and 17-year-old Ying Ling has found herself hundreds of miles from home working as a trainee mortician. Her job involves cleaning and preparing corpses while orchestrating sentimental ceremonies for grieving families. This could easily have been a low key and meandering profile of a strange, culturally remote institution, but director Carol Salter strikes gold with her characters – apathetic teens who just want more from life but know they’re going to have to accept their lot. And despite all the macabre humiliation Ying has to endure, the film ends on a positive note, suggesting that some of the lower rungs of the employment ladder are more slippery than the ones higher up. 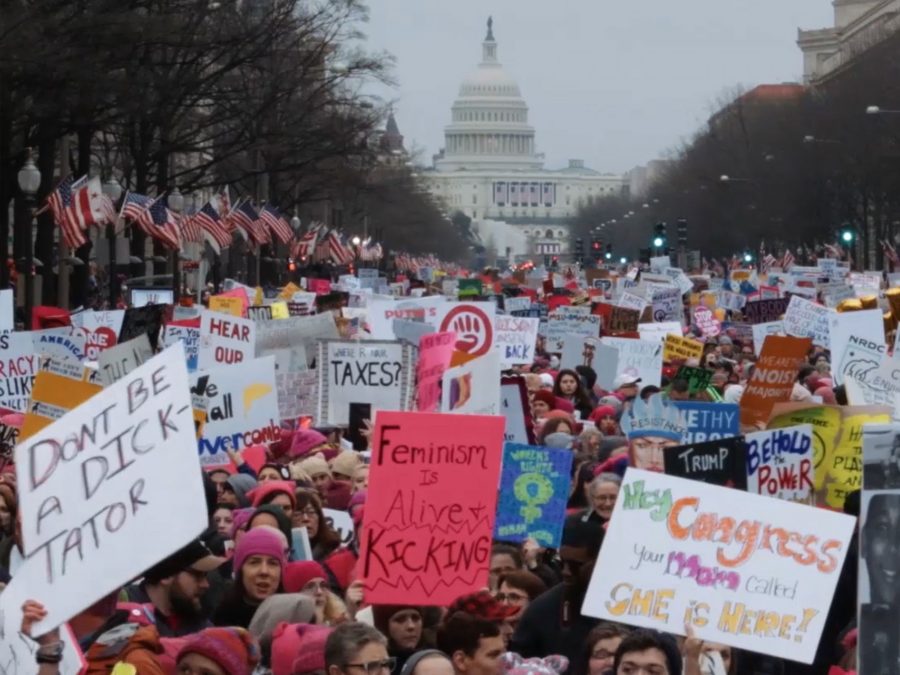 6. Freedom of the Wolf (Rupert Russell)

The world is having a democracy problem, as global leaders attempt to corrupt what the public define as freedom. Demagogues and populists grab power, and then offer the people the chance to be economically liberal – they have choices to buy certain products – but lose the chance to select those who are shaping the political system from above. Rupert Russell travels the planet looking for case studies where the essential properties of democracy have been eroded to the point where they’ve become indistinguishable. Sometimes it’s down to fundamentalist religion, or political correctness, or maybe even governments who crush dissent with maximum force. It’s a well argued and cogent film, even the illustrative animated inserts are bearable. 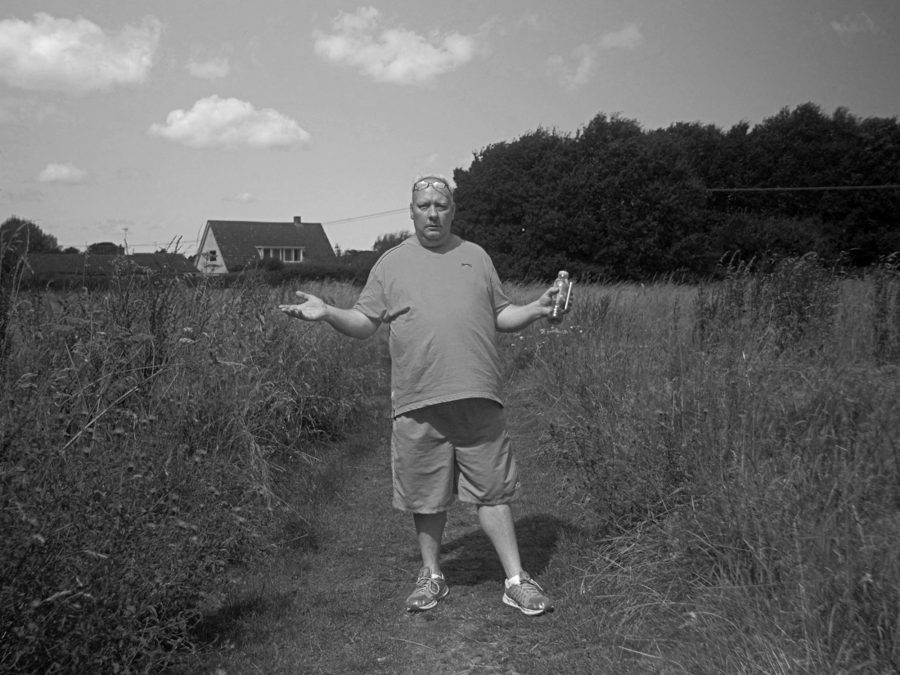 Timothy George Kelly’s film begins off brilliantly as an affecting tableaux of people standing in front of his camera, framed against the landscape. They then talk about why they voted either to remain or to leave in the 2016 referendum on Britain’s membership of the European Union. The stark black and white photography, added to the fact that Kelly allows these confessions to run on without the interruption of edits, makes this as much a film about the nuances of human self-expression as it does the failure of a binary political decision to connect to complex personal desires. Then the impact of the film’s first section is dulled with an addendum drawing on the ideas of “experts”, which makes you think that Kelly doesn’t actually have any faith in the public to understand the reason behind their impulses. Still, the first hour is great. 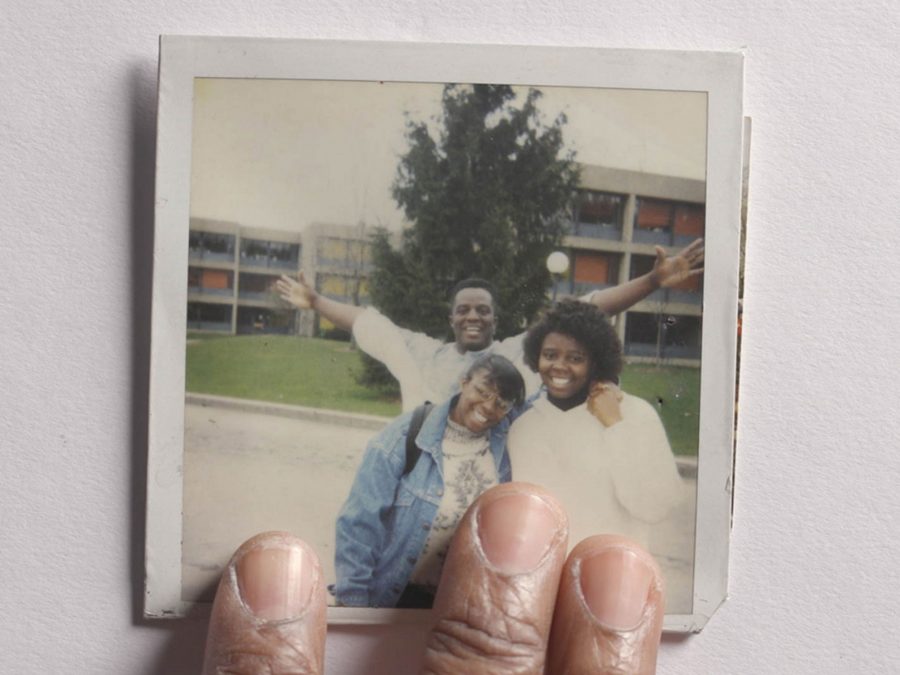 The procedural boilerplate of Errol Morris’s The Thin Blue Line is used for Yance Ford’s chilling, atmospheric Strong Island, in which the director glances back to the murder of his brother in an attempt to uncover why the killer was acquitted without trial. The details of the case are fascinating in and of themselves, but Ford also offsets the investigative elements with a portrait of a family which fell to pieces on the back of this travesty of justice. The title refers to a prison unit that Ford’s late brother had applied to work in, but could also refer to the power of memory when it comes to logging terrible altercations that have the power to destroy lives. 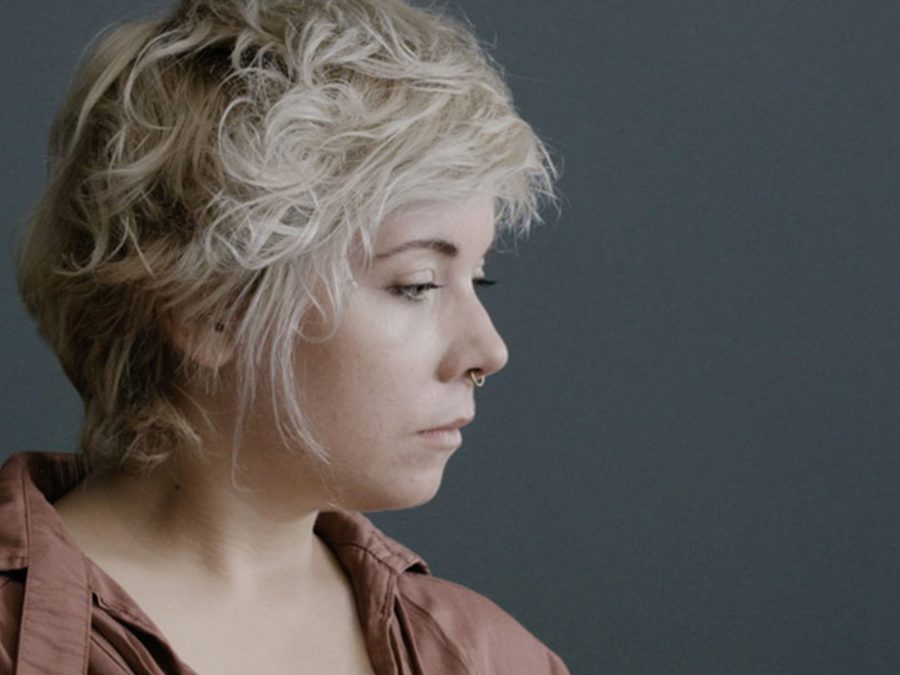 3. You Have No Idea How Much I Love You (dir. Pawel Lozinski)

On paper, it sounds like punishment, but the reality is something quite different. Polish director Pawel Lozinski takes a bold approach to chronicling the slow and complex healing of a damaged relationship between a mother and daughter. Three camera angles, each a single a close-up of a face, capture the confessions of mother, daughter and a male therapist who fires out the questions and lightly interprets the answers. The result is immersive, intimate and revealing. The film – named after a line uttered by the blubbing mother – operates as a loud endorsement for diplomacy when it comes to human relations, and it’s also a paean to how, even when we can’t find the words to match our sentiments, there’s are always alternative and roundabout ways communicate our true feelings. 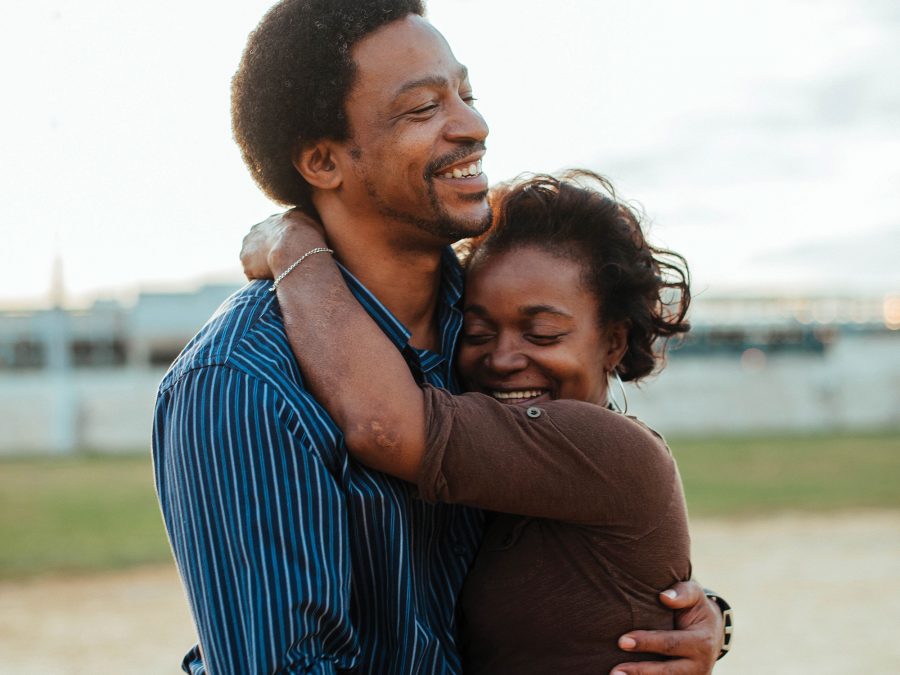 Life comes at you fast, as the old Twitter meme goes. Jonathan Olshefski disproves this sort-of-theory with his slow cooked opus Quest in which he documents the daily struggles of the Rainey clan of North Philadelphia. Initially intrigued by their basement music studio which gives a voice to local hip-hop artists, the film spirals out into an all-encompassing and intensely empathetic portrait of family survival in precarious economic times. There’s no real narrative through-line, as Olshefski just captures events as they happen and allows for any deeper themes or messages to emanate from the material naturally. Despite covering the full gamut of life’s harsh trials, it’s a film powered by pure positive vibes. 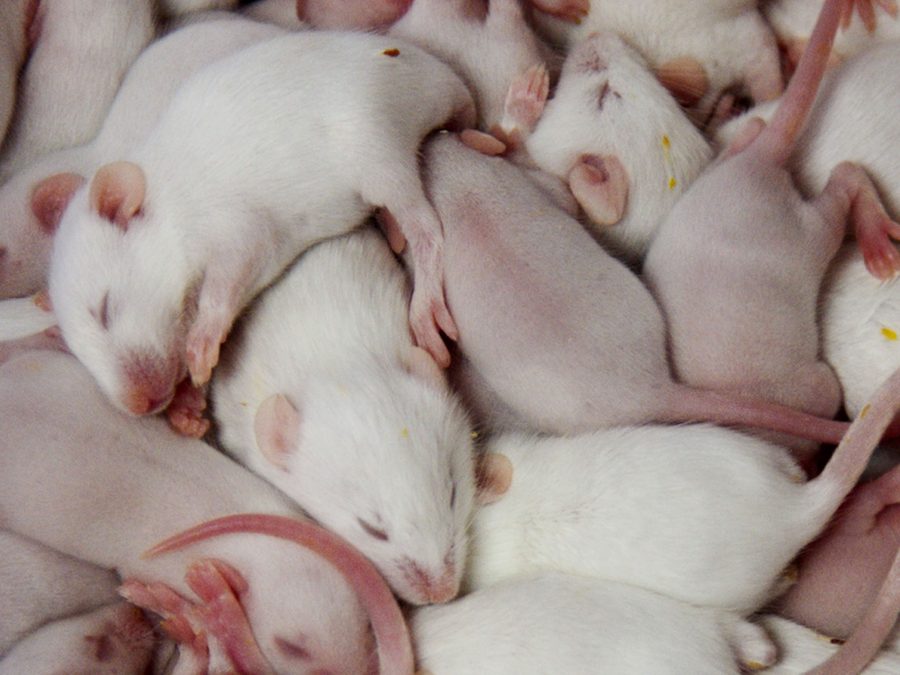 Very little at Doc/Fest (that we managed to catch) messed with tried and tested documentary formats and modes of storytelling. All except the brilliant Rat Film by Theo Anthony, that is, a film that is at once familiar in its admonishment of American political rot and wholly radical in the way it expresses its barely concealed sense of outrage. Taking the city of Baltimore as a blueprint, this dazzling film makes intricate connections between town planning, vivisection, virtual reality, experimental music, extreme poverty and eugenics.

In just 80 curt minutes it delves further and further down the proverbial rat hole, taking wild swerves and expanding its purview by the minute. A cold, instructive voiceover emphasises the coldness of its central theme, which is the the fact that urban poverty is in fact a man made machine that can’t be broken rather than an issue to be solved by politicians in the present.