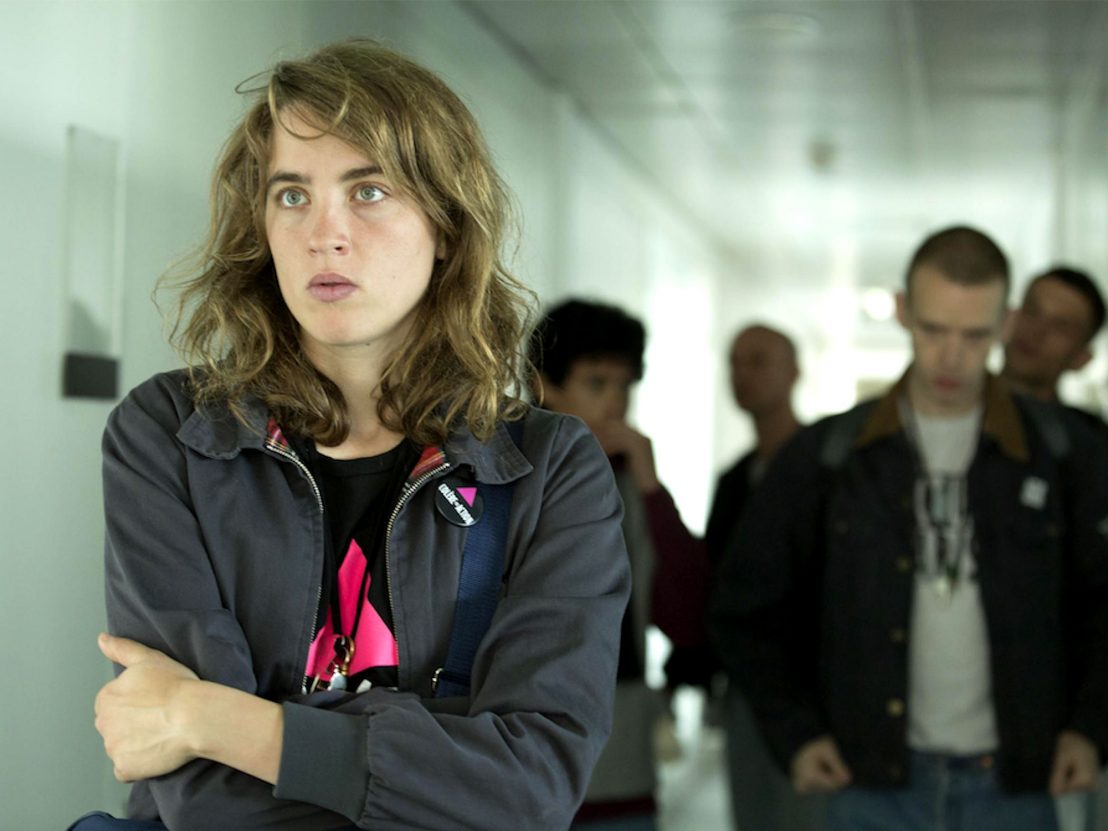 The story of a marginalised social group fighting to extract the means to survive against an indifferent establishment is nothing new. Yet what gives Robin Campillo’s 2017 Cannes competition entry, 120 Beats Per Minute, a compelling heft is its thoroughness. It is a dramatised slice of social history which runs on procedural details. One of its chief pleasures is the experience of being a fly-on-the-wall while covert activist operations are plotted and executed. Lesser films reduce such schemes to cliché and montage. You leave this film knowing how to make a bathful of fake blood, and how best to vandalise the offices of negligent pharmaceutical companies.

The central location is the cosy lecture theatre where the Paris chapter of non-violent AIDS activist group, Act Up, have their weekly meetings. Campillo plunges us straight into the refined conflicts taking place within the organisation. Sophie (Adèle Haenel) is sickened that a recent stunt led to an unplanned fake blood attack and a target being handcuffed. Sean (Nahuel Pérez Biscayart) is unrepentant. He is aflame with the radical energy of one who doesn’t have long to live. Other voices chime in, each with a slightly different angle, many existing against the ticking clock of a plummeting T4 blood cell count. The director feeds in tragic backstories with the most discreet of touches, never wringing sentiment and always pushing group dynamics to the fore.

The film begins as a batch of four newcomers are welcomed into the fold. Nathan (Arnaud Valois) is among them. He soon becomes entangled with Sean. Their relationship is not separate to their activism. Sean is, in his words, ‘poz’, and intimacies cannot be separate to this medical fact of life, just as pressurising Pharma companies for meds is integral to it.

Campillo, in his capacity as scriptwriter, has a clear-eyed focus that streamlines all scenes so that each adds a dimension or nuance to life as an HIV-positive member of Act Up. Sex without a condom is Nathan’s preference, but that’s not an option. A bedroom scene – elegantly composed from wide close ups of faces, flesh, and hands caressing curves – is the stage for new lovers catching up on who each other has been to date, but even in this private cocoon, the defining conversation is about how they, as gay men, have survived.

This is a Serious Movie that engages the intellect with compelling depictions of place, time and people. The ensemble cast is full of small characters with personalities that reveal themselves through political quirks and related creativity. For example, a tiny character, Mehdi, comes alive through his chant idea: “Molecules for anal sex fools!” Irreverent humour isn’t pressed but does crop up as a symptom of placing ideals ahead of sentimentality. One character wants his ashes to be thrown at insurers. In the wake of this event, a serious business discussion ensues regarding what percent of the ashes goes on the insurers, and what percentage to his mother.

Death is the unwelcome guest hanging over well-run meetings and inching its shadow across this well-crafted film. Membership of Act Up is in constant flux because members are constantly dying. Initially, Campillo handles the Reaper’s presence with stoicism, but eventually gives it time to dance centre stage. While this section of the film is more conventional than what came before, he embeds a handful of striking images, deeds and lines of dialogue which leave a lingering feeling that one has witnessed something real and important.