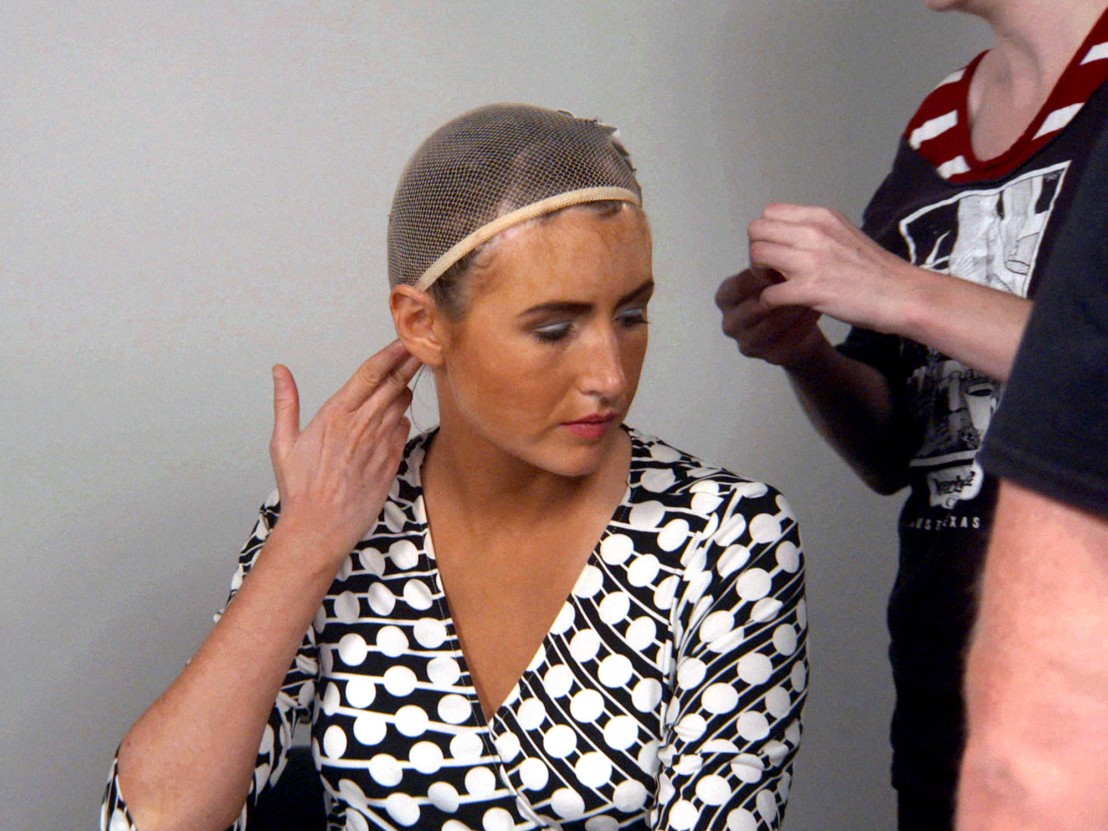 Kate Plays Christine is a documentary about the making of a fictional feature film. It revolves around the real life instance of Floridian newsreader, Christine Chubbuck, who shot herself in the head while live on air in 1974. The film looks at the moral and ethical questions that arise from the creation of a fictionalised version of this tragic figure, as actress Kate Lynn Shiel ponders how it’s possible to bring some semblance of sensitivity to such an act. Here, director Robert Greene explains how he was able to conceive this intricate project.

“I have no talent for conceiving of situations, because I am an editor at heart. I am all about collecting and putting together and not conceiving. Someone like Alex Ross Perry can write dialogue. I can write a little bit, and I like to write – obviously I write essays and things like that. But I don’t like to invent characters. It’s just not something I find pleasurable. I find it miserable.

“But writing is something that you should do when you’re trying to make a documentary. It’s just about being able to put ideas on paper so you have something to cling to in the middle of the chaos. Most of those ideas get completely transformed or thrown out of the window, but that’s like any art or any act of creation.

“I won an award at Sundance, which was Writing for Documentary – it was very strange because the film was so unwritten, and that was really what we were doing. By making the film, me made it specifically not to write the film. That award represents an old school idea of what making films is. It’s very Hollywood in the industry sense. Basically, you formulate the blueprint in the writing room and you build the film from that. The implication was that, obviously, there was a blueprint made for this film.

“In Kate Plays Christine, we did some writing. We went to Christine Chubbuck’s house and it’s a crucial scene in the movie. Months before we filmed we found where the house was, and I wrote down five ideas of what we could do there. Like, what if Kate was having tea with the owner, having a very civilised conversation about Christine Chubbuck? What if she knew something? It was these different scenarios about what could happen if what I imagined was real. And then, when we got there, what happened in the movie happened, and it was completely different. But it really helped to have gone through the process of conceiving it. We still leaned on the back of those ideas, and the only way to make a film like this where there’s a series of predicaments, is that you have to set those predicaments up.

“It’s not a case of trying to reach a place where you can make a movie with no writing. My earlier films are more intuitive. I like ideas and I like conceiving frameworks for how something can be. I want to make movies that are like Peter Watkins’ movies. Peter Watkins didn’t make films by just feeling out the situation, it was a very similar thing, he was a conceptual filmmaker. Chantal Ackerman, same thing. These are my heroes, so I want to make more films like that.

“Yet I do find myself fantasising about making a more straight-forward, observational thing again, but I don’t want to do that yet. I’ll do that later. So it’s actually the opposite. I feel more comfortable living in the space of ideas and living in the space of provocation and trying to find how to connect with audiences in different ways. There seems to be an audience there, so I may as well talk to them.

“Judging material is what you really do in documentaries. You’re constantly evaluating material and saying, ‘Okay maybe we need to go a little bit here, a little bit there, a little bit this way’. I really think the way it works, as a collector of footage, is if you get, like, twelve moments when you’re like, ‘Woah, I can’t believe that just happened in front of my camera!’ If that happens, you might have a movie. It’s like some number, I don’t know what the number is, it’s some amount of great things that need to happen. That’s one of the reasons why some documentaries can take years to make. Just because you haven’t got those twelve things. In Kate Plays Christine, we had three weeks to do it. We always thought we could film more later, but we didn’t without meaning to.

“When you say something is a horror film, then it has four or five elements that make it a horror film. Documentary can be anything. And yeah, there’s a ton of trends that I think are not interesting. But I think non-fiction films are best when they are staging areas for other investigations, where the act of making the film is just the start of something that’s more interesting than whatever the subject is. The subject has to be just a starting place to me. And so films that are trying to exist in the space between reality and fiction, if that’s all they’re doing, there’s nothing interesting to them. And if a film is trying to be a prop for an issue or a cause, there’s nothing interesting about that. I think the word documentary is only a starting point for a conversation.”