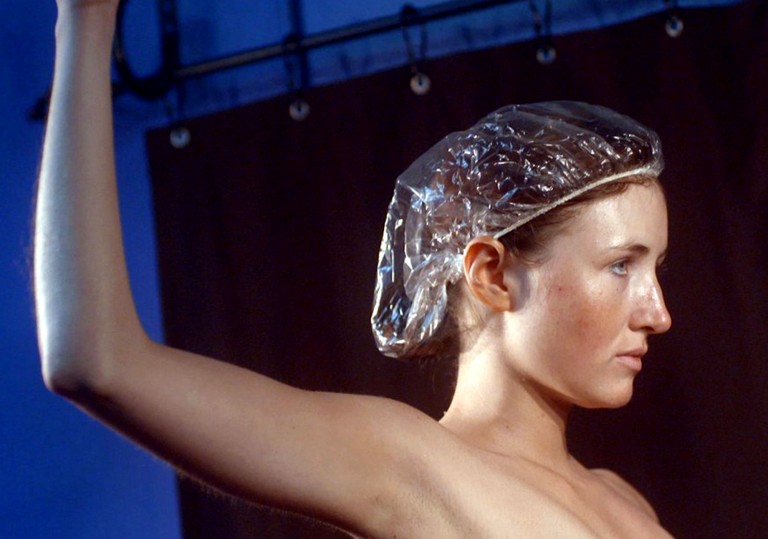 A film to pick apart that’s about picking apart films.

Roll on the third part of Greene’s ‘An Actor’s Life’ trilogy.

Multiplex cinema chains have come to a tacit agreement that the public employ their services as a way to escape from the punchclock drudgery of real life. Movies are a way to turn on, tune in and zone out, and nothing more than that. Kate Plays Christine from director Robert Greene is a brilliant spoil sport movie, a work whose sole interest is in the way that blissful disconnect from reality plays out.

It ponders the possibility that whimsical escapism comes with its ethical caveats, that mindless enjoyment is often powered by a startling, unavoidable manipulation of reality. Is it right to have actors step into the shoes of other people when there is absolutely no way they can offer even anything even close to a valuable recreation of someone else’s life and experiences? And furthermore, should audiences be made aware that the cinema they’re consuming often generates false emotions by exploiting the image (or, often, the ghost) of these real people? And what about death? Is it right to trivialise this great existential taboo, to throw it up there on the screen and reframe it as chilling spectacle?

The test subject here is the actor Kate Lyn Sheil who has agreed to be filmed in her attempts to ‘get into character’. Her subject is a toughie – the Floridian newsreader Christine Chubbuck who, in 1974, brought a revolver with her on to the air and, following a short tirade against her station’s reprehensible shift towards a more tabloid instinct, shot herself in the head. From a modern vantage, Chubbuck’s life is characterised by the way it ended, and so the inevitable question that arises is: what drove her to this grimly spectacular denouement?

Sheil realises that these issues are inherent to her occupation as an actor, and for the purposes of this film, she pores over the daily ethical concerns in her personal search for some kind of truth. She realises and accepts the impossibility of her task, and the film mutates into a visual document of her research mission. The drama here derives less from Chubbuck’s tragic life, and more from Sheil’s journey towards a melancholic abyss. The camera watches as, with every interview she does, every place she visits, ever piece of biographical information she filches, her task drifts closer toward the impossible.

Maybe it’s a little harsh to characterise Kate Plays Christine as a spoil sport movie, as it’s not saying that all escapism requires the viewer to self-flagellate as penance for their spectatorship sins. But it does offer a concerned critique of movies that cheerfully leach off of real lives, real people and real history.

There’s the suggestion that documentary should be making gains on this ground, that as a storytelling apparatus, it can get marginally closer to that unreachable nirvana known as objective reality. Yet Greene’s humane form of inside-out documentary isn’t just interested in technical questions about the medium – it offers a whispered reminder that we’re all out there on our own, and perhaps we should try and embrace that.

A film to pick apart that’s about picking apart films.

Roll on the third part of Greene’s ‘An Actor’s Life’ trilogy.