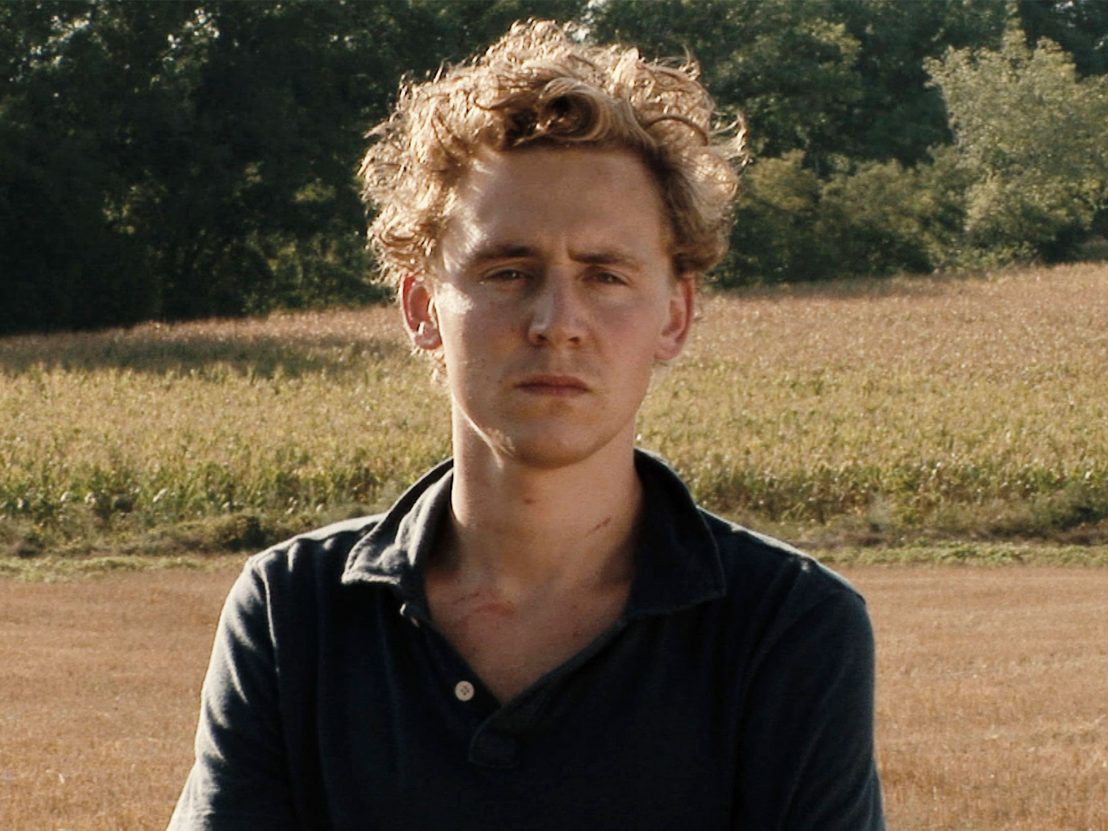 There’s no denying that Tom Hiddleston’s got range. He’s done Shakespeare, played a swaggering action hero, depressive romantic vampire, and an Asgardian anti-hero. But you might not be familiar with his fruitful early collaborations with The Souvenir director Joanna Hogg, whose minimal aesthetic would seem to run counter to Hiddleston’s flashier roles. In fact, Hogg ‘discovered’ Hiddleston, who had only starred in TV movies and serials before being cast at 25 in her debut feature, 2007’s Unrelated, where he plays the older woman protagonist’s tenuous love interest, Oakley.

Centered on Anna, a married forty-something, Unrelated is about a sort of mid-life crisis when the structures that dictate middle-life seem to break down. In this case, it’s a shaky marriage back in London that sends Anna to Tuscany to join her long-time friend’s family retreat. Turned off by the drab married couples her own age, she gravitates towards the younger people. There’s cruelty to his insular hedonism, but Anna is nevertheless drawn to Oakley’s vivacity and mild suggestiveness.

Oakley is calculating, arrogant, magnetic and unhinged in the way only monied youth can be. He’s eager to prove his liberation, recklessly driving a borrowed car through sun-kissed pastures as if in a music video, and quick to bury the fault following the inevitable crash. Used to commanding his underlings, in Anna he sees the opportunity for a novel type of seduction. At the dinner table he’s fascinated with Anna’s confessions of teenage rebellion, measuring her up before later challenging her into taking shots, smoking spliffs, and communing in his mayhem.

His staid, self-serious father challenges his fledgling alpha male status. When he expresses concern over his son’s smoking, Oakley retorts with aristocratic bravado: “I’d say it was none of your business, sir!” These moments of defiance happen constantly, and Hiddleston captures his exploits with the satisfaction of an unbroken winning streak in a game of chance.

Part boy part man, Oakley’s body language suggests juvenile restlessness, slouching to suggest boredom or indifference, or shot through with adrenaline as he pushes a shopping cart in full sprint. Often bare-chested, or donning an unbuttoned white shirt, he wields his physicality intimately and with playful ambiguity. He leans dubiously close into Anna while reaching over the breakfast table, takes hold of her bikini-clad body as a shield in a mud-slinging battle. The build-up to a physical encounter is nearly certain, but when Anna invites him to spend the night with her, he’s uninterested. His lips curl up to a broad, knowing smile, and with faux-gentile airs declares, “I’d better not,” effectively ending whatever romance presumed. 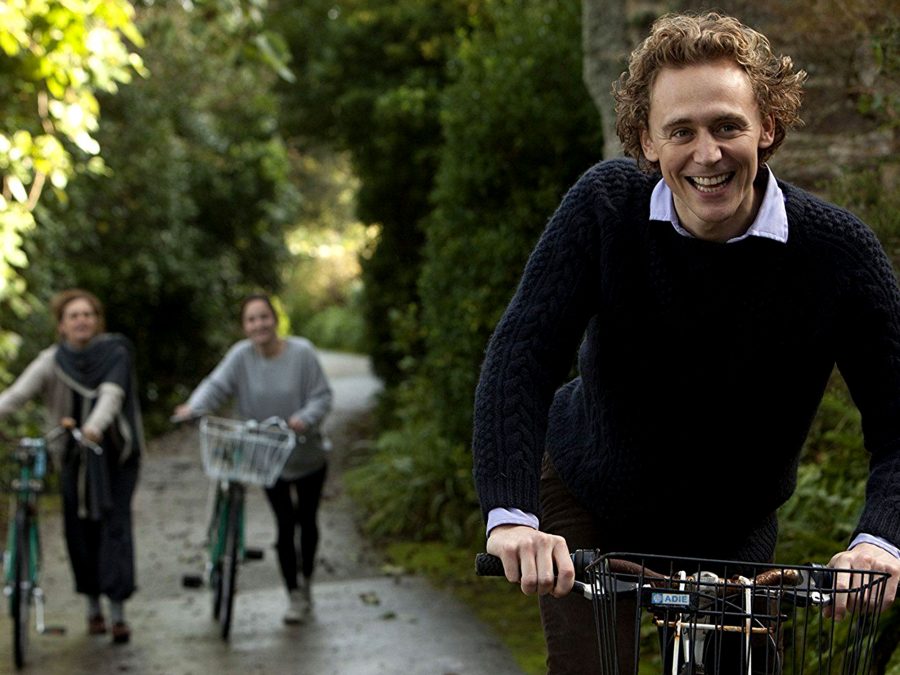 Hogg’s next feature, 2010’s Archipelago, focuses on Hiddleston’s Edward, who is older, more sympathetic, and lacking Oakley’s punkish tendencies. He is, however, similarly affluent and scrambling to assert a self-fashioned identity. Edward is heading to Africa for nine months as a volunteer sex educator, prompting a reunion with his family at their home in the Scilly Isles. He intends to make a difference even if his efforts only impact a single child, he explains enthusiastically at a mountainside picnic to an unmoved audience. His mother is skeptical, and his neurotic sister, Cynthia, is bitter at her brother’s morally superior whims.

Edward’s neat sweaters and tightly wound scarves mockingly suggest an incompatibility with the demands of African volunteer work. Nevertheless, he assumes a certain rarefied worldly purview of material indifference and generosity. A spat breaks out when he suggests they invite Rose, the pretty in-house cook, to join them for dinner. Cynthia maintains that Rose is an employee and uninterested in such a gesture, which escalates into a heated string of personal attacks.And so the drama unfolds, as a slow picking apart of the family’s dysfunctions through the observational gaze of Hogg’s camera, which seems to stumble upon at-first-glance banal interactions to reveal hidden vulnerabilities.

Archipelago marks the peak of Hiddleston’s naturalistic abilities, accentuated all the more because Hogg is not one to explain away the mystery of her characters. Edward is sweet and well-intentioned, but he’s also mired with self-doubt, and his silence speaks more to his conflicted state of mind than his conversation. As he reads a letter from Rose signalling her early departure, Hiddleston’s mouth forms a guilty pout. His gaze is gentle and solemn as he reflects on the clear violence that exists between his family, indicating regret and resignation to undisclosed ends off-screen.

Hiddleston’s minor role as chic real estate broker in 2013’s Exhibition is like a seamless, mature version of Oakley and Edward. Nameless, his character assuredly gesticulates with one hand as he explains the showing process, his body leaning back against a chair in cocksure relaxation. Meanwhile D, one of the home sellers, leans anxiously against the table as she lists off her concerns. Hiddleston’s scenes make up less than 10 minutes of the film’s runtime, but his role carries shades of Oakley’s self-amused spunk minus the desperation. There’s a sleek, dry humour to Hiddleston’s fully-formed real estate agent, who’s skilled in delivering cringe-inducing news to his clients in a suave manner.

This trifecta of performances would seem to trace Hiddleston’s on-screen coming-of-age, from rambunctious student to twentysomething in the throes of existential crisis to manicured business type. An air of performative sophistication runs through these performances, whether it be for impressing a woman, expressing commitment to a set of values, or putting skeptical clients at ease. Hiddleston does pomp and cool well, but his work with Hogg shows this as a work of compensation, adding a delicate layer of humanity beneath the veneer. 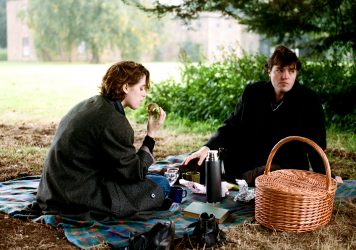