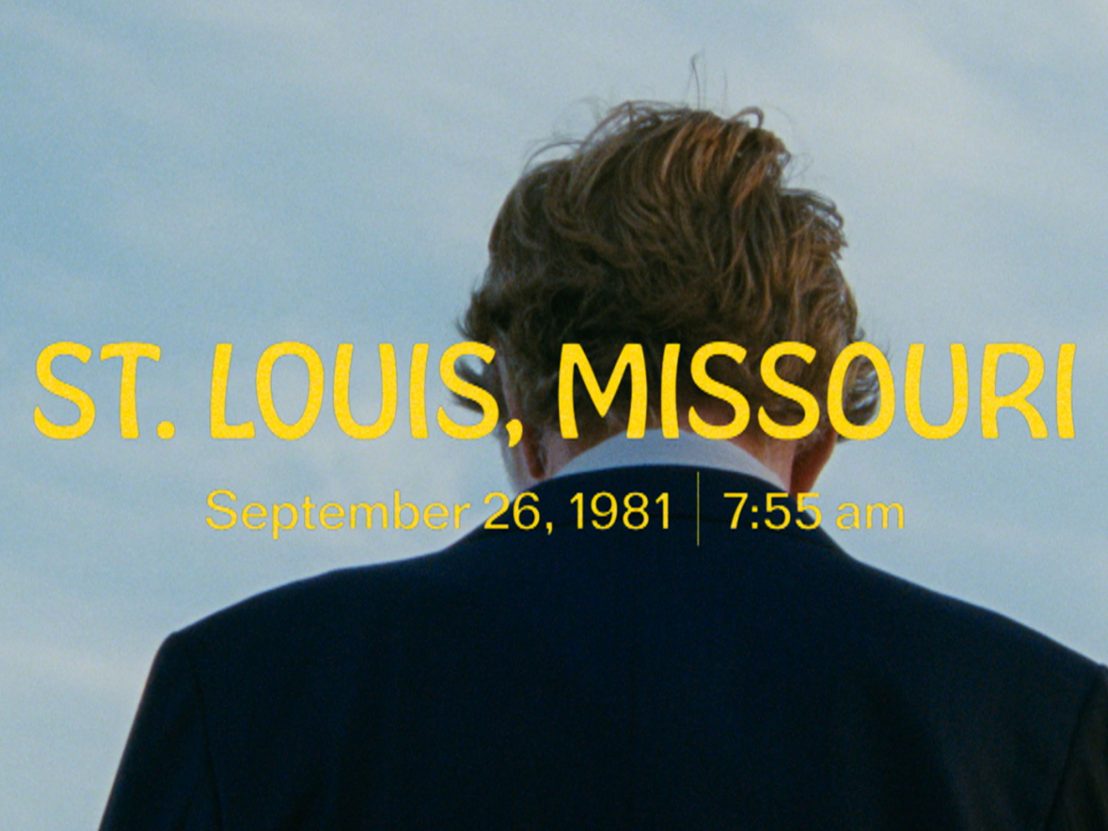 A title card doesn’t just tell you the name of the film you’re about to watch. Those letters, in whichever shape and order they appear, are telling you who this film is; its style, its voice, its identity. From the shaky, unnervingly childlike etchings of Dr Strangelove (designed by Pablo Ferro, who sadly passed away this year) to the screeching, scarlet punch card of The Cabin in the Woods, a film’s titles aren’t just a printed name on a birth certificate, they’re a signature – a signal of artistic intent.

It’s a lot of pressure for just a few letterforms, and in the case of David Lowery’s The Old Man & the Gun those letters don’t just hold the weight of the film’s identity, but also that of its star, Robert Redford. Earlier this year Redford announced that the film, based on the later life crimes of septuagenarian gentleman bank robber Forrest Tucker, would be his last (although he has since made less concrete comments). In an elegant and simple way, the titles manage not only to honour this buttermint film, but its star as well.

In Lowery’s film, Redford’s role remains that of the devilish charmer (all the bank managers he robs comment on his politeness) that helped him make his name in the likes of Butch Cassidy and the Sundance Kid, The Sting and the unfairly forgotten, Quincy Jones scored, four-heists-in-one romp The Hot Rock. Redford seems to be happily bookending himself, despite here being part of the ‘Over the Hill Gang’, he’s accepting that for some audiences he’ll always be the young buck on the run. This is evident in the film’s font of choice: Hobo. 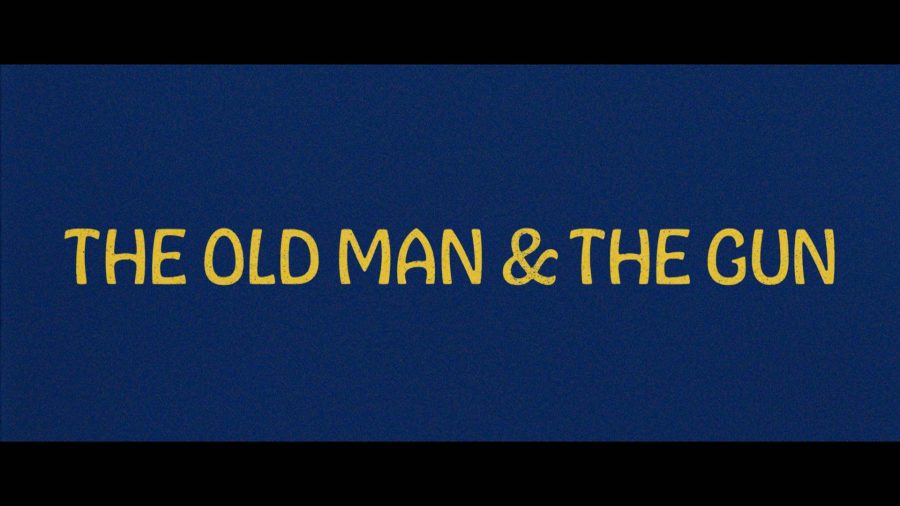 Selected for the film by title designer Teddy Blanks (whose credits include Lady Bird, Love & Friendship and Listen Up Philip), Hobo was created by Morris Fuller Benton and released in 1910. The origin of its name – very much in the rambling spirit of Forrest Tucker – is unknown, but the story goes that the type had been hanging around foundries since the turn of the century and just became ‘that old hobo’. Blanks says that for The Old Man & the Gun, Lowery wanted, “the titles to resemble the no-nonsense titles from the 1970s movies that were the inspiration for the overall style of the movie.” Despite its birth many decades prior, Hobo became the perfect fit for this ’70s look.

Since being plucked out of the reeds by the American Type Founders, Hobo has been digitised, reborn by type designer James Edmondson, and wonderfully renamed as Hobeaux. It’s this variant we find in the film. “It makes you think of painted signs in the old west,” says Blanks, “and covers for classic rock albums.” (See The Byrds ‘Goin’ Back’ for one of many vinyl sleeve uses from the ’60s.) Blanks wasn’t even aware of Redford’s retirement plans when first tasked with titling the film, he just knew, “his character was kind of mythic and had some kind of relationship to his movie stardom, and that there was something special about him playing this role, now, as an older man.” 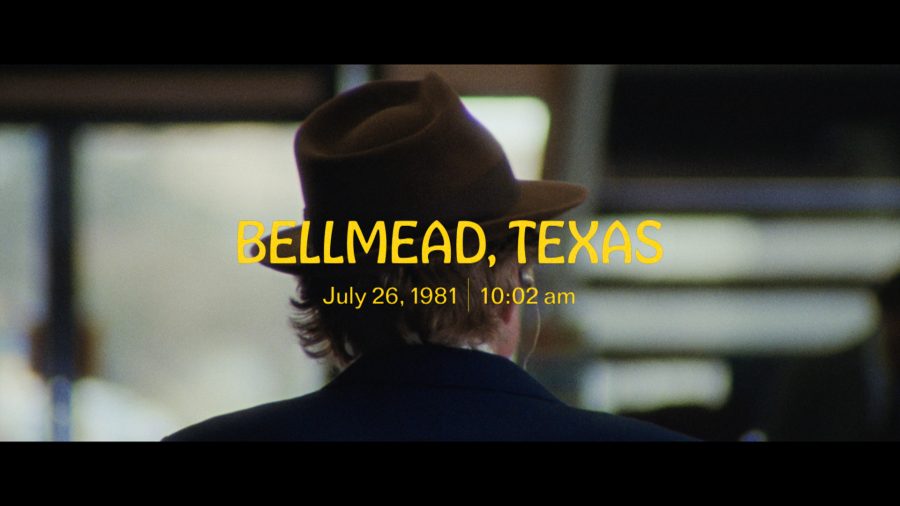 There is something relaxed and comforting about Hobo’s lack of straight lines and descending limbs – there’s nothing below the belt here, what you see is what you get – but it’s not just Hobo’s freewheeling spirit that makes it a perfect fit for Redford. In fact, they’ve been travelling together for a while. “When I was doing research, I realised there were two movies in the early years of his career that had titles with similar constructions to this one: in 1969, Butch Cassidy and the Sundance Kid; in 1970, Little Fauss and Big Halsy.” Both Butch and Little Fauss operated in an era of peak rogue-ish Redford, and now, half a century later, he can’t resist one last job. There’s no better type to sign on with.

Much like the typeset, the etymological origin of the word ‘hobo’ is also a curio, its true birthplace unestablished. In the 1937 edition of ‘The American Language’, HL Mencken described a hobo as someone who, “may take some longish holidays, but sooner or later he returns to work,” which is probably how Forrest Tucker might charmingly describe his CV, even if the holidays are prison sentences and the work is robbing banks.

The hobo rascal Redford has drifted across our screens for a long time and Fuller Benton’s font gives The Old Man & the Gun the insignia of his legacy, something Teddy Blanks knew as soon as he found it. “I called David and told him if we didn’t use Hobo as the main typeface in The Old Man & the Gun, we would be doing a disservice to film history. He agreed.” 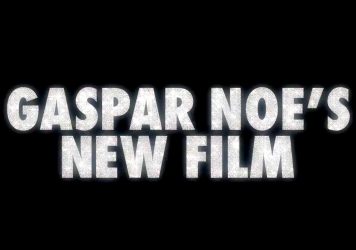