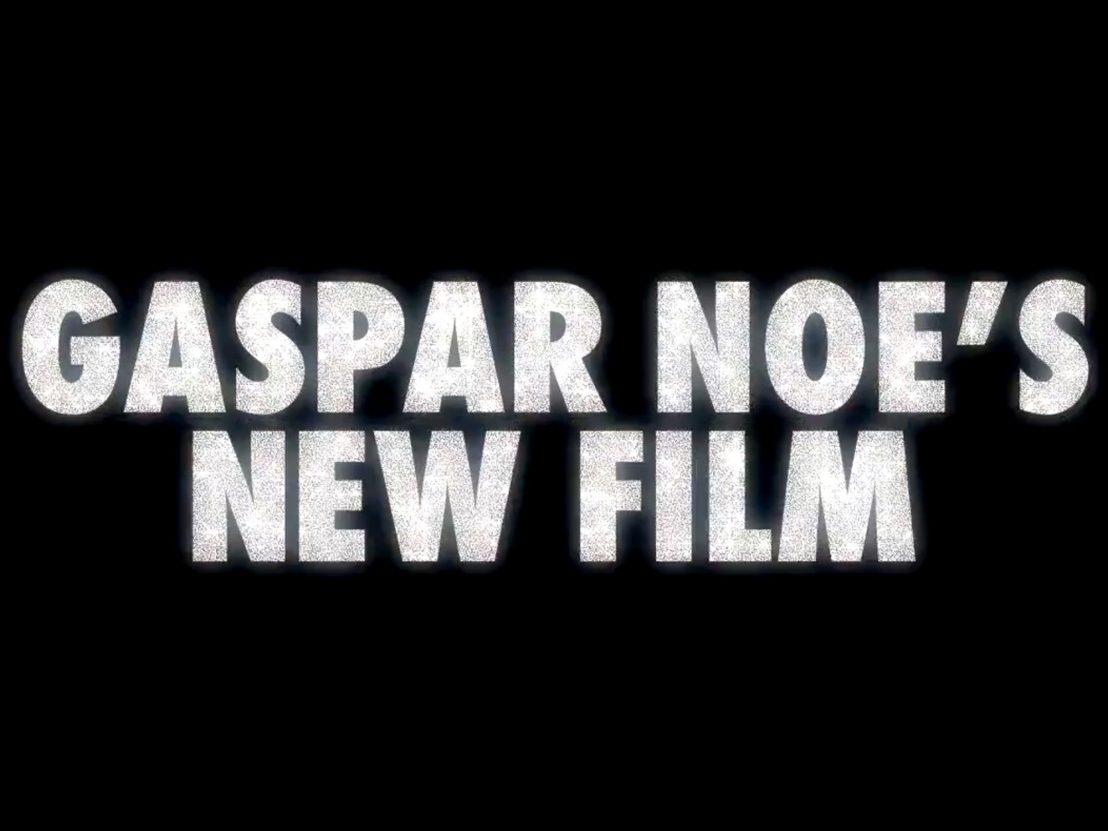 In 1927, a book designer named Paul Renner created a typeface that travelled in time and space, from humble German beginnings, through rocket-fuelled adventures and now to punctuating dance beats in Gaspar Noé’s latest film, Climax.

Caught between a taught religious upbringing and the birth of the Bauhaus, Renner’s faith in fonts lay between beauty and function. When he released his defining work in the early 20th century, it was a modernist triumph that printed the world in sharp lines and mesmeric circles. It was banned and then championed by the Nazis; it defined political races for both Nixon and JFK (in the same year); it sold you trainers from Nike; it changed the word ‘lemon’ forever when Volkswagen used it.

And it didn’t just traverse the galaxy by advertising 2001: A Space Odyssey – it actually went there, used by NASA on the Apollo 11 lunar plaque that still adorns the moon surface today. It drove graphic design work throughout the 20th century, and still remains the designer’s sharpest tool for typing the cutting edge. On release, the Bauer type foundry called it “the type of today and tomorrow”, 90 years later and it’s still both. Then, and now, it’s Futura.

Futura was to be a revolt against the condensed types of signmaking – economically designed fonts that were built for advertising – Renner’s was for the reader, who could unknowingly revel in its calming forwardness. Three years after Futura’s publication, Futura Extra Bold Condensed – a punchy, dense and narrower alternate – was released. In contrast to Renner’s original vision, it was a font that would become a tattoo of signage and advertisement, and the go-to type of arthouse provocateur Noé.

Any Wes Anderson film will tell you that the man loves Futura. In The Royal Tenenbaums, not only is it the film’s title card, but a bold variant of it is the font of the Tenenbaum’s entire universe. In Wes’ world, book covers, school buses and recovery rooms are all adorned with it. These erudite fantasias, perfectly symmetrical, harmoniously photographed and designed – they’re built to envelop you in a new world, but they are so extensively planned, every frame also reveals the craft behind its creation. Beauty and function.

Noé’s worlds however, are not so inviting. Although the craft on show may be as immaculately planned, they are not places one may have been yearning for an invitation to, but curiosity makes it tough to ignore the RSVP. Relentless, brash but so often technically astounding, from his first notes to the final script, a Noé film feels written in capital letters – and for him, fast reading, extra bold ones are best. 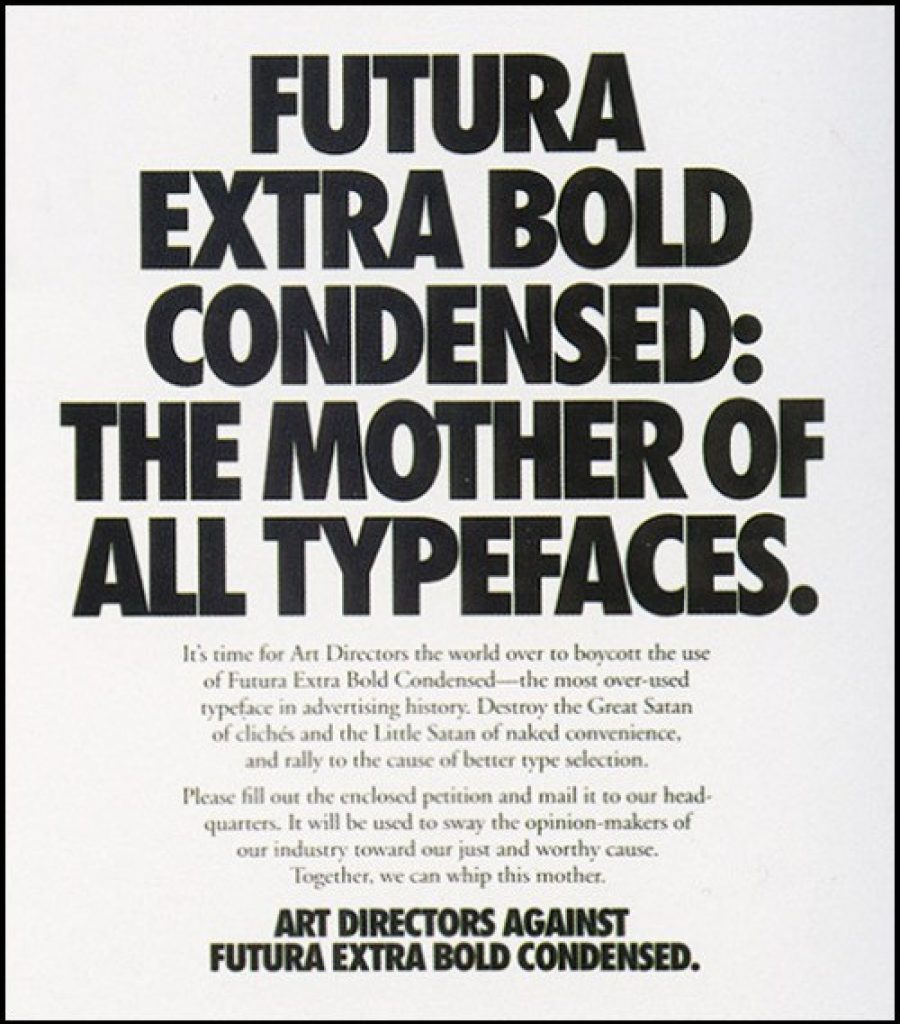 Futura Extra Bold Condensed might shout you down, but it doesn’t completely escape the curves and lines of its lineage – underneath the loud voice are tones of pioneering assurance. It’s that tone that led Extra Bold Condensed to its most recognisable champion, Nike. Celebrating its 30th year this year, the ‘Just Do It’ campaign emanates that message, to the point that any phrase in the font could be placed next to a swoosh logo and it will read ‘Just Do It’ without even having to say the words.

It’s this same feeling of power mixed with progression that suits Extra Bold Condensed to awareness movements and topics, from Stonewall’s ‘Get Over It’ campaign to the cover of Reni Eddo-Lodge ‘Why I’m No Longer Talking to White People About Race’. It’s this stand-up-and-take-note feeling that no doubt attracts Noé to it. You’ll find it on posters for I Stand Alone, in the psychotropic type foundry titles of Enter the Void and you’ll also find it in Climax.

Set during a chaotic LSD spiked after-party for a dance troupe, Noé almost seems to acknowledge the commercialisation of his favourite type. Slogans like “A French Movie and Proud of It” and “Death is a Unique Opportunity” are punched across the screen, but combined with a corkscrewing camera, some hypnotic dancers and a house music soundtrack, intentionally or not – and with high style stakes and low narrative ones – they read more like slogans in search of a product.

In 1992, ‘Just Do It’ was four years old and Absolut Vodka had been spending just over a decade trying to break into America with its alternate pop-art takes to its Extra Bold Condensed bottle. Noé hadn’t completely hypnotised the arthouse world just yet – his first film, Carne, had only just been released – but some art directors in America knew that there was another high-profile user of their least favourite font on the horizon.

They’d had enough of this particular Futura variant, and released an advert calling for the boycott of Futura Extra Bold Condensed. They called for the destruction of “the Great Satan of cliches and the Little Satan of naked convenience”. In the 26 years since, though, Futura Extra Bold Condensed has proven that it’s not going anywhere – and whether Great or Little, Noé is probably happy being a Satan too. 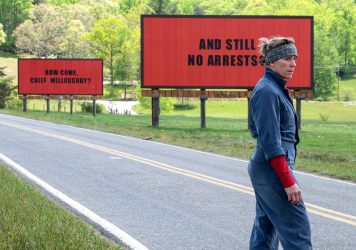 The importance of typography in Three Billboards Outside Ebbing, Missouri

It’s not just the words themselves that make Mildred Hayes’ message so impactful, but how they’re written.