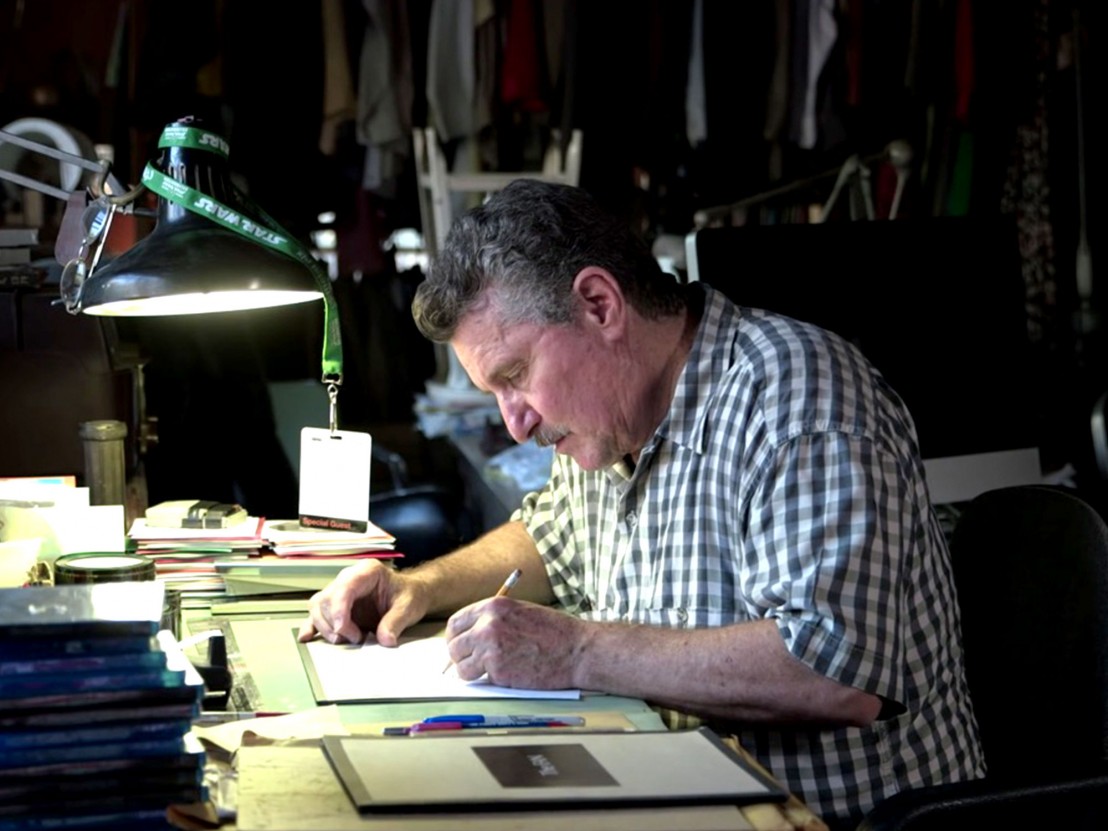 You’re sat in a cinema. The lights are down. The curtain’s up. The ads and trailers have come and gone. What’s the first thing you see when the film starts? It’s easy to take for granted, but a film’s opening title sequence is fundamental to setting the tone and sparking our imagination. Indeed, an ill-fitting title treatment can have an adverse effect on the audience’s emotional engagement – just imagine ‘Star Wars’ in Comic Sans.

So how do you avoid a typographic catastrophe? For legendary title designer Dan Perri – who fell in love with letters aged 12 when he began painting signs for local stores and whose 40-year career encompasses some 400 films and television projects – a title sequence should reflect the personality of the movie as much as the maker. “A good title conveys a message while relating to the most important elements of the story or lead character,” he explains. A staunch advocate of tailoring a typeface to an individual film’s needs (“Saul Bass, as great a visualist as he was, was either weak typographically or just preferred one style so strongly that he never considered others”), here Perri shares the stories behind his most iconic title designs. 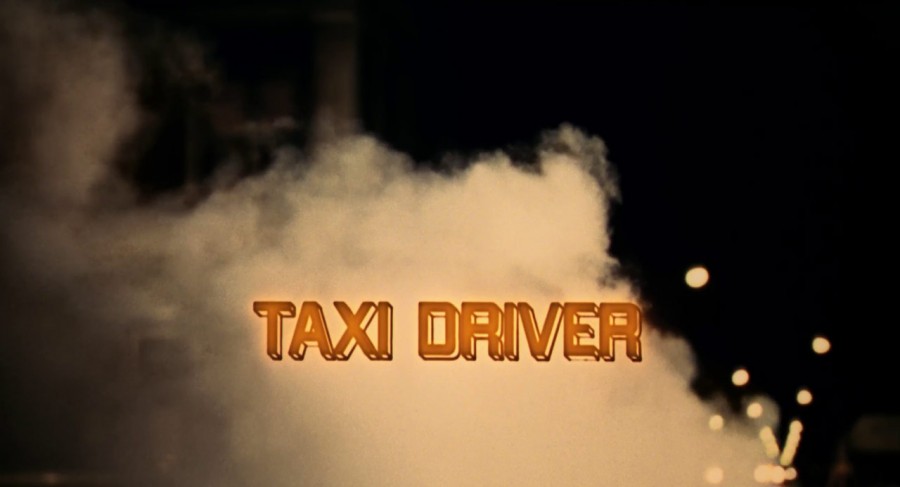 “I did 10 films with Marty in total, but it all began with Taxi Driver. In fact, he wanted me to do his previous film, Alice Doesn’t Live Here Anymore, but at that point I hadn’t gained the reputation to where I was known by the studios. But Marty promised that I would do his next film and he was true to his word. Taxi Driver became a real challenge because the film was so graphic and so visual. I treated the titles as if they were like the signs on every street corner in New York. I went to the New York City Traffic Department and asked what type was used on all the streets signs. With that font in hand I set out the titles exactly how they would look on a street sign; very tight and compact. I organised them in a very ordered way on- screen and then I applied an effect so that the titles were being affected by the background imagery, so they glowed with the same yellow as real street signs.” 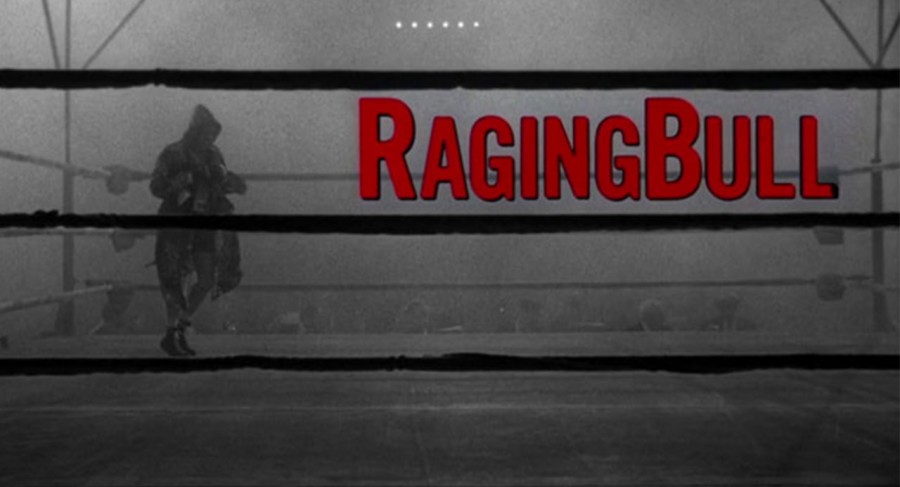 “George Lucas had me look at a lot of serials from the 1930s and ’40s, but only after I saw Union Pacific, a film about the railroad, did I know what I wanted to do.” 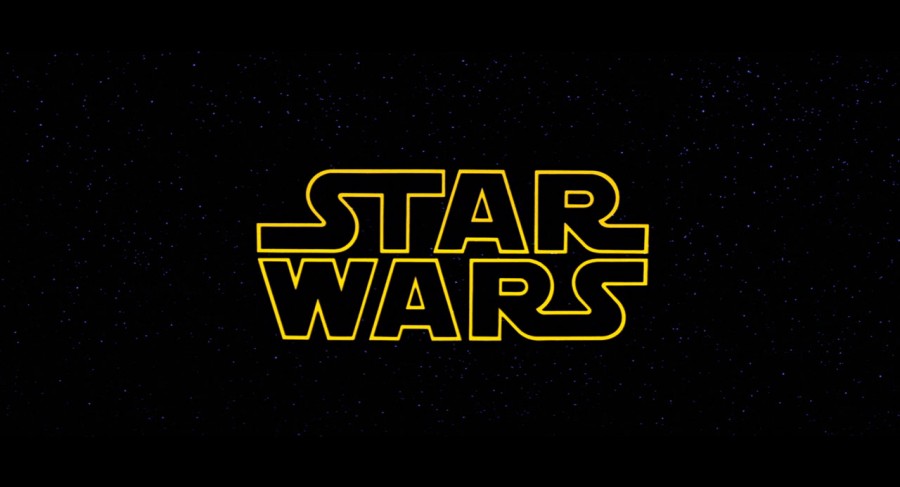 “George Lucas had me look at a lot of serials from the 1930s and ’40s ― Buck Rogers and other heroic characters that were popular at the time ― looking for elements that could be used for the titles. But only after I saw the movie Union Pacific, a 1940s film about the railroad, did I know what I wanted to do; the opening shot looks down the track and the titles roll up the track towards the camera. I visualised that in outer space with the titles rolling away from the camera. George wanted this preamble explaining to the viewer what had happened in the story up to that point, so I had to deal with several lines of text as opposed to a handful of words. I tried a few different methods and the effect that gave the best perspective was achieved by rolling the text out from underneath the camera toward an invisible horizon line. The logo comes just ahead of that, blasting onto the screen and then travelling back towards the horizon pulling the legend that follows into shot.” 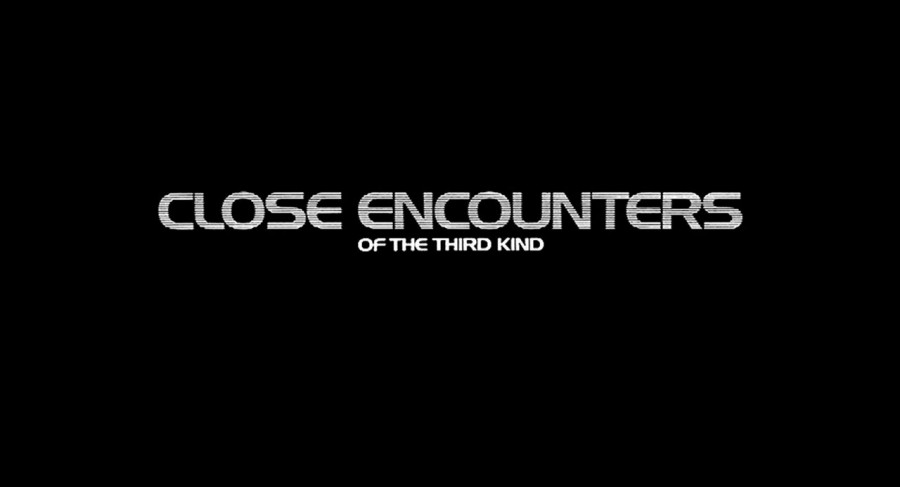 “This was a rare example of working a filmmaker whose vision extended to how the title informed the film. Steven Spielberg brought me in during pre-production and gave me the script, and I designed a logo which he loved so much that he decided to put it on stationary and t-shirts that were worn by the crew while they were making the film. It represented the film to everyone who was working on it, and gave everyone a common image to pursue. When production was finished I began designing the titles, working with the visual effects team. Then, later, I was asked to design the whole ad campaign, which is very unusual. I took my original type treatment and applied it to graphics and images that became used across the entire marketing campaign – the book cover, the game case, the record sleeve, the billboard, different sizes of posters. Often a filmmaker won’t have that level of creative control where they can decide who is going to essentially brand the entire film, but in Steven’s case he was able to do so.” 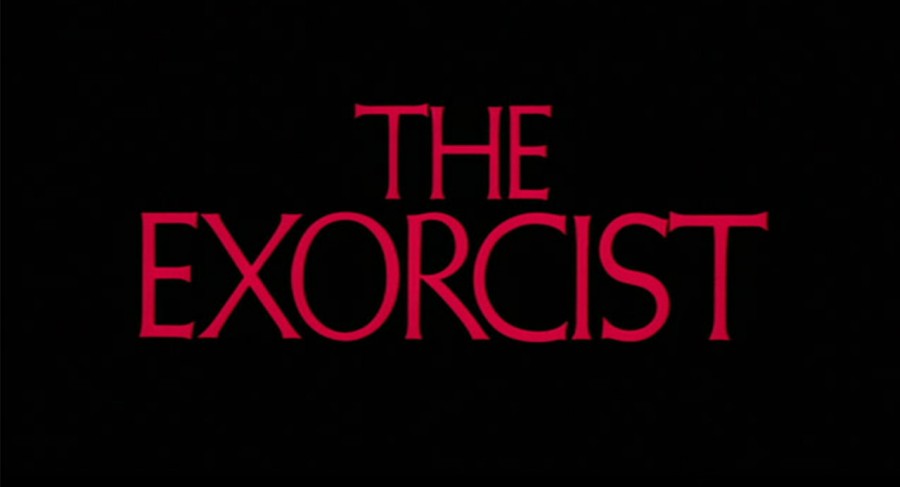 “The Exorcist was of course predated by the famous book which the film took its story from. The book featured a very prominent title treatment but I felt the film required something a lot more elegant, so I chose a type style with a graceful serif which has a unique flow to it. It has qualities that conveyed the personality of the characters and it was just right for the film. But it had to be massive and strong also, so it was about getting the balance right. For end titles the typeface needed to be strong enough to compliment Mike Oldfield’s ‘Tubular Bells’, which gives the entire closing sequence an ethereal feel.”

Watch all these title sequences and more at danperri.com