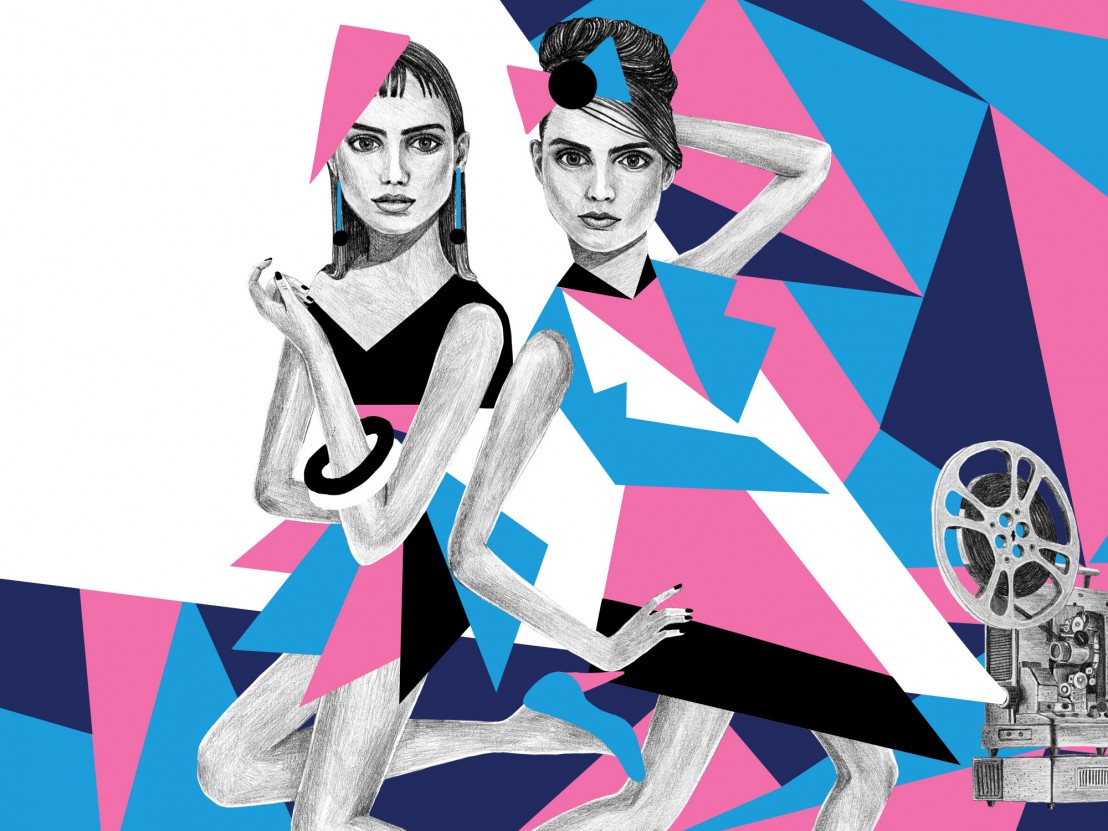 In the latest issue of LWLies magazine, we discuss the representation of the modelling industry in various films, ranging from Hollywood biopic to low-budget documentary. Using our experience as part-time models, we concluded that even the most exaggerated, unrealistic portrayals – like Zoolander 2 – of that world often carried traces of truth.

So what of The Neon Demon? Based on his previous features – specifically Drive and Only God Forgives – we fully expected writer/director Nicolas Winding Refn to use the complex world of modelling as a mere excuse for yet another stylish but superficial formal exercise. Yet the prospect of Refn engaging with a milieu as concerned with surface as he is suggested a layer of enlightened self-reflexivity lacking from his previous films. To some extent, The Neon Demon confirms this assumption, yet Refn’s proclivity for extravagance and empty gestures to some extent undermines what could have been a more illuminating observation of the industry.

What Refn does depict accurately is the fashion world’s promotion of young, innocent-looking models, invariably white, tall, skinny and blonde – an ideal that the character Gigi (Bella Heathcote) boastfully admits to trying to achieve through plastic surgery. The film doesn’t investigate the reasons for this tendency but focuses instead on the consequences of that obsession, pushing jealousy and fascination to their morbid – and blackly comical – extremes.

By contrast, Refn portrays the lifestyle and professional routine of models realistically. The boredom, the thin line between rivalry and solidarity characteristic of castings, as well as the loneliness of the newcomer, are not exaggerated, and neither are the models’ casual small-talk, nonchalant air and impassive voices.

But it’s with the film’s most abstract sequence that Refn offers his most noteworthy insight, as he brings to light the largely unexplored sensual experience of being a model. Using mysteriously symbolic triangles and symmetrical compositions, Refn presents Jesse’s first catwalk as a transcendental out-of-body experience. Isolated by the spotlight, Jesse experiences the short walk as an extended moment of intense narcissism, kissing her reflection in an actual three-way mirror. Becoming aware of her own image and of the power it holds over the invisible crowd, she finds herself hypnotised by her own beauty, a sensation that actual models soon learn not to let spill out from the catwalk into ‘real’ life.

There is no such reality check for the girls in Refn’s film, and the director unsurprisingly over-elaborates this sentiment. Yet at the same time, he mocks it, as Jesse becomes incredibly pompous for her young age and relative inexperience. The consequences of her vanity and of others’ envy reach such extremes that Refn cannot help but ridicule them, however bloody they may be.

Refn ends up pushing this world to such degrees of psychosis that his characters’ supposedly profound one-liners quickly reveal themselves to be just empty mannerisms. Just as the song ‘A Real Hero’ in Drive was loaded with a sense of myth and tragedy, the similarly grave and already iconic line, “Beauty isn’t everything. It’s the only thing,” not only makes little sense – if beauty is the only thing, then surely it is everything – but isn’t explored very seriously either.

Unlike Drive, however, The Neon Demon regularly acknowledges the ridiculousness of its main thesis – that people would do anything for beauty. Swapping the director’s usual tone of strained (male) seriousness for one of (female) hysteria, the film ultimately throws away any pretence of profundity in a jolly final sequence of largely unexplained psychotic violence.