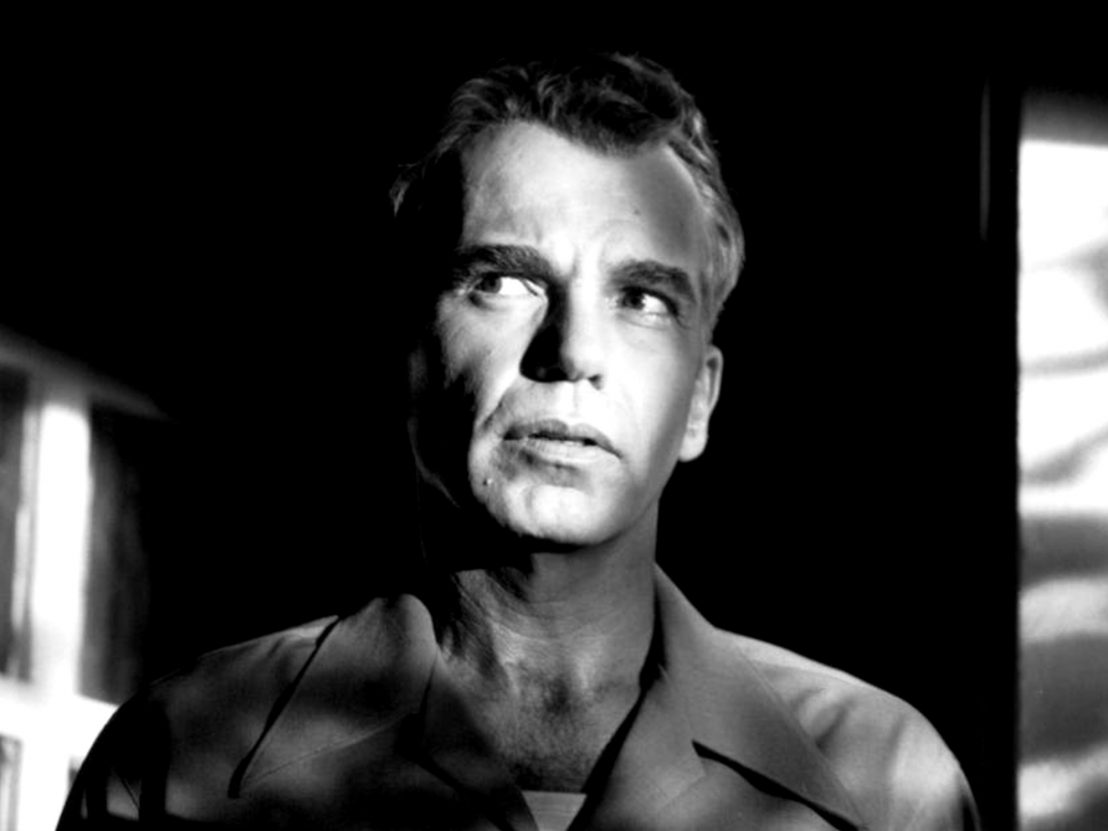 There’s an interesting literary theory that emerged in 19th century Russian writing known as “the superfluous man”. It refers to an archetype found in literature from the era: the passive leading character who acquiesces to everything that happens around him, and who fails to recognise the consequences of his own actions. He becomes a kind of extraneous presence in the narrative of his own life.

This figure will already be familiar to fans of the Coen brothers. Larry Gopnik, a modern day Job, finds himself at the mercy of a cruel universe in A Serious Man; struggling New York folk singer Llewyn Davis drifts aimlessly around Greenwich Village; and while The Dude abides, he does very little else of his own volition throughout The Big Lebowski.

But Ed Crane, the absentee referred to in the title of the Coens’ muted masterpiece, The Man Who Wasn’t There, is the most impassive and detached of all the brothers’ protagonists. His existence is almost spectral, in keeping with the ghostly being who haunts William Hughes Mearns’ poem ‘Antigonish’, a line from which provided the film with its name. “I was a ghost. I didn’t see anyone. No one saw me,” Crane says at one point.

Billy Bob Thornton gives a career best performance as a terse, listless and unsmiling barber who winds up killing department store owner, Big Dave Brewster (James Gandolfini), the boss and lover of wife Doris (Frances McDormand). But Crane doesn’t appear to be at all moved by his spouse’s infidelity. In fact, he hopes to make a profit from the whole affair, as he tries to extort $10,000 in exchange for keeping these indiscretions secret from Brewster’s own wife.

In a lesser potboiler their confrontation at Nerdlinger’s Store would be treated as a narrative turning point, but this film goes further. It invites us to take a close look at what really ignites the explosive outbreak of violence in which Big Dave tries to choke his blackmailer to death, only for Crane to fatally wound him with a letter-opener. Brewster isn’t so much enraged by the attempted embezzlement, but by Ed’s complete apathy towards the affair and life in general.

Gandolfini is at his menacing best when he sneeringly asks, “What kind of man are you?” before furiously lunging across the room. Here, Thornton – silent, aloof – perfectly captures his character’s sense of being outside himself in the heat of the moment. When he eventually stabs his “rival”, the motion is so quick and uncertain, that it doesn’t seem like a definite act of retaliation or self-preservation, but a reflex that takes him by surprise.

So, what kind of man is Ed Crane? The opening scene introduces him to at work in the barbershop, and his profession is repeatedly either shown or mentioned throughout the film. He’s defined by a job that he “stumbled” into through his marriage – a sexless relationship with a woman who, after years together, he knows as well as he did on their first date. It’s fitting that Crane has such a mundane and repetitive vocation, but there’s a subtle significance in the fact that he’s a hairstylist, and not something equally tedious such as a bank teller or shop owner. For when hair regrows, it eradicates all trace of the barber’s work, his efforts inevitably rendered inconsequential. 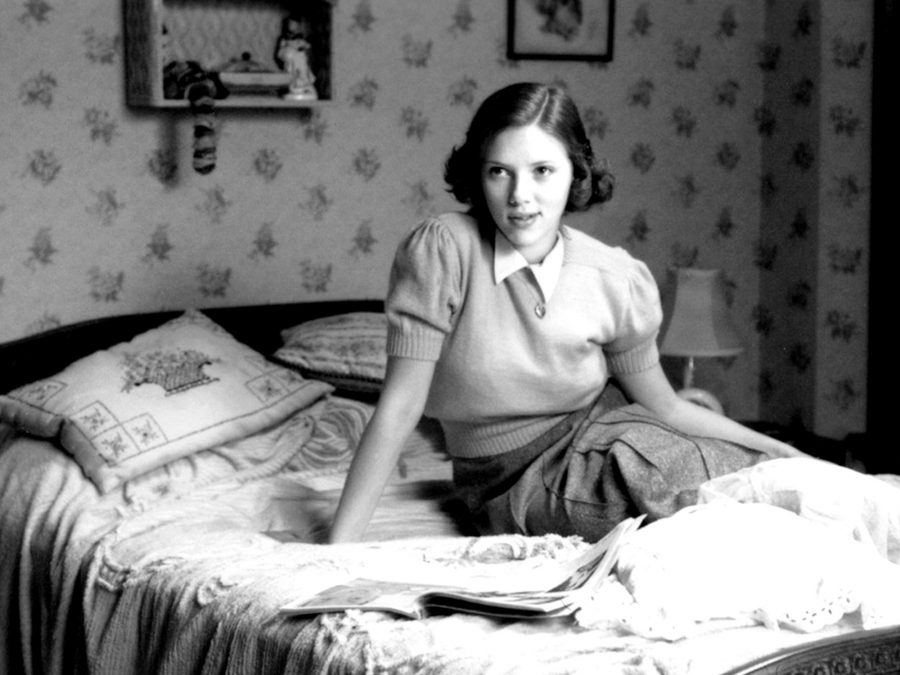 It’s this niggling sense of redundancy that seems to have infected Crane’s entire worldview. He doesn’t come across as someone who’s emotionally dead so much as someone who’s unable to appreciate the value of his own life, or the lasting magnitude of his actions. Perhaps this is why he doesn’t appear to feel any genuine remorse for his crime, or guilt for the fact that it’s his wife who’s wrongly accused of the murder, nor grief when tragedy befalls her later on as an indirect consequence of his offence.

But Thornton’s exceptional performance means that Crane never becomes a wholly repugnant figure who’s beyond our sympathy. His is a masterclass in restrained performance: the actor’s subtle vocal inflections, cragged face and perpetually squinting eyes convey a pain and vulnerability that his character is tragically incapable of verbalising.

Much of this sense of pathos surrounding the character is thanks to Roger Deakins’ stunning monochrome cinematography. A long-time Coens’ collaborator, it’s up there with the most arrestingly beautiful films he has ever shot. The decision to print the film on black-and-white stock (it was shot in colour for contractual distribution reasons), is more than just an aesthetic consideration aimed at evoking the look of 1940s noir thrillers. It embodies the colourless, shadowy nature of Crane’s existence and his uncomplicated, unquestioning perspective on things. Constantly shrouded in a fog of cigarette smoke, he appears at times to blend into his surroundings – a wonderful visual representation of a man seeking to disappear from the world.

Complementing Crane’s dispirited indifference is a cast of animated supporting characters. Perennial cameo stalwarts Jon Polito and Michael Badalucco entertain as they jabber incessantly through their screen-time, and a pre-fame Scarlett Johansson impresses as the teenage femme fatale. But it’s Tony Shaloub’s Freddy Riedenschneider, the conceited, slick lawyer brought in to defend Doris, and later Ed, who endures as one of the Coens’ best creations.

One of his standout scenes involves him bamboozling a jury by glibly asking them to, “Look not at the facts, but the meaning of the facts,” before stating that, “the facts had no meaning”. It’s a brilliant bit of satire at the expense of prevaricating, grandstanding politicians and lawyers that seems all the more pertinent today in today’s climate of post-truth and alternative facts.

Such elements of dark, nuanced humour occur throughout, but this is a film without levity, hope or redemption. Where even some of the bleakest tales contain uplifting moments that exalt the virtues of life or the human will to survive, The Man Who Wasn’t There boldly presents life as something that can be willingly taken for granted. It might have been critically and commercially overlooked, but this, perhaps the Coens’ most serious and challenging work, is anything but a superfluous entry in their estimable canon. 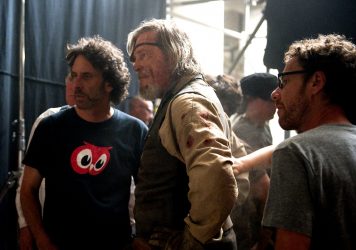 Their ambitious new project is being described as a ‘western anthology’.