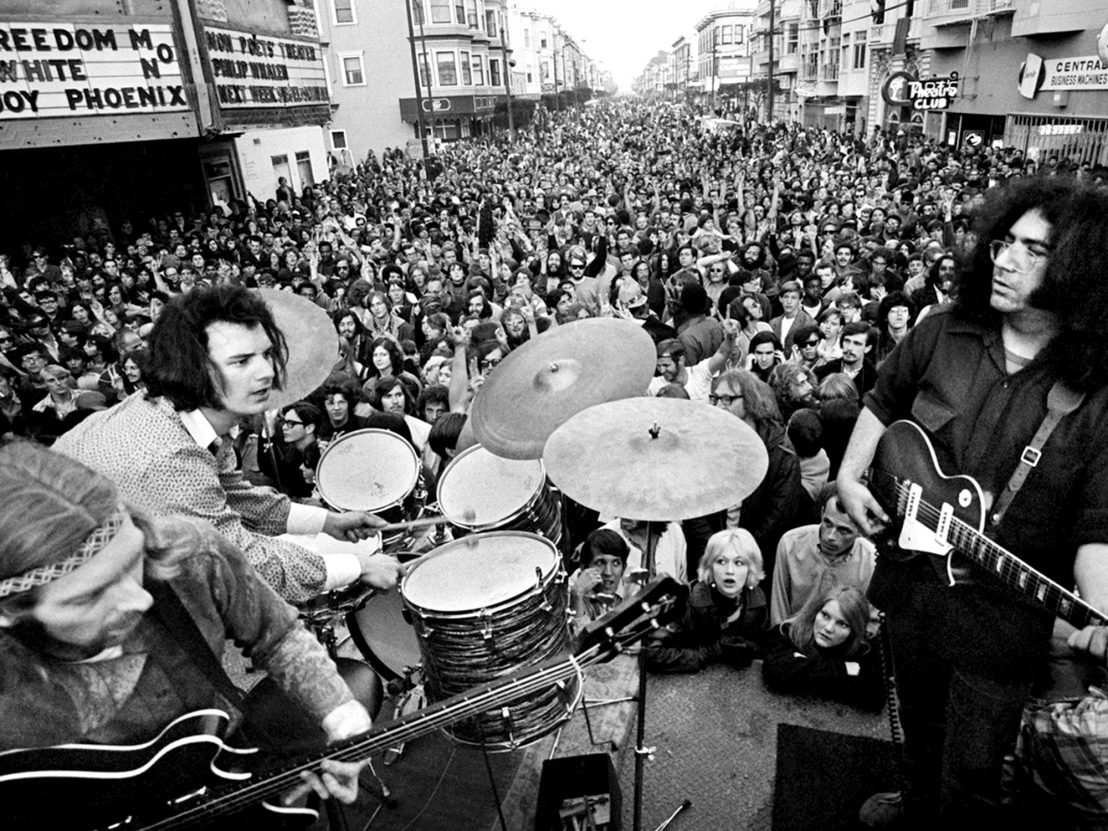 A six-part documentary about American rock band The Grateful Dead will debut on Amazon on 26 May. Directed by Ari Bar-Lev and executive produced by Martin Scorsese, Long Strange Trip will receive its world premiere at the Sundance Film Festival next week – 14 years after work on the project began.

Fronted by the charismatic Jerry Garcia, The Grateful Dead’s unique blend of rock, folk and drug-fuelled psychedelia made them one of the best loved bands of the late ’60s and early ’70s. The band cultivated an almost mythic status among their fans over a musical career that spanned 30 years, making them the perfect subject for a lengthy documentary series. Former drummer Mickey Hart offered up this pithy tagline for the film: “Stranger than fiction – a user’s guide for an impossible journey.”

While no trailer has yet been released, the film will reportedly provide a comprehensive survey chronicling the band’s evolution from a fringe, avant-garde San Francisco group to the very symbol of 1960s free-living. It seems like it will serve as a great introduction for new listeners unfamiliar with the band’s story, but even their most diehard fans can look forward to discovering the rare archival footage and previously unreleased studio and live recordings we’ve been promised.

Scorsese has received plenty of acclaim for his own rock documentaries, including No Direction Home: Bob Dylan, Shine a Light and George Harrison: Living in the Material World. The filmmaker signed up to executive produce the project back in 2014, explaining:

“I’ve always admired the spirit and creativity of The Grateful Dead. They are revolutionary artists who forever changed the world of touring and recording live music. They were a cultural force  a lifestyle, that continue to influence new generations of fans. This film will entertain and educate audiences about one of the most innovative and ground-breaking American bands of the 20th century.”

You can bet the soundtrack probably won’t be half bad either.