The director’s 1997 film contains a sly parody of the capitalist ideals underpinning the American Dream. 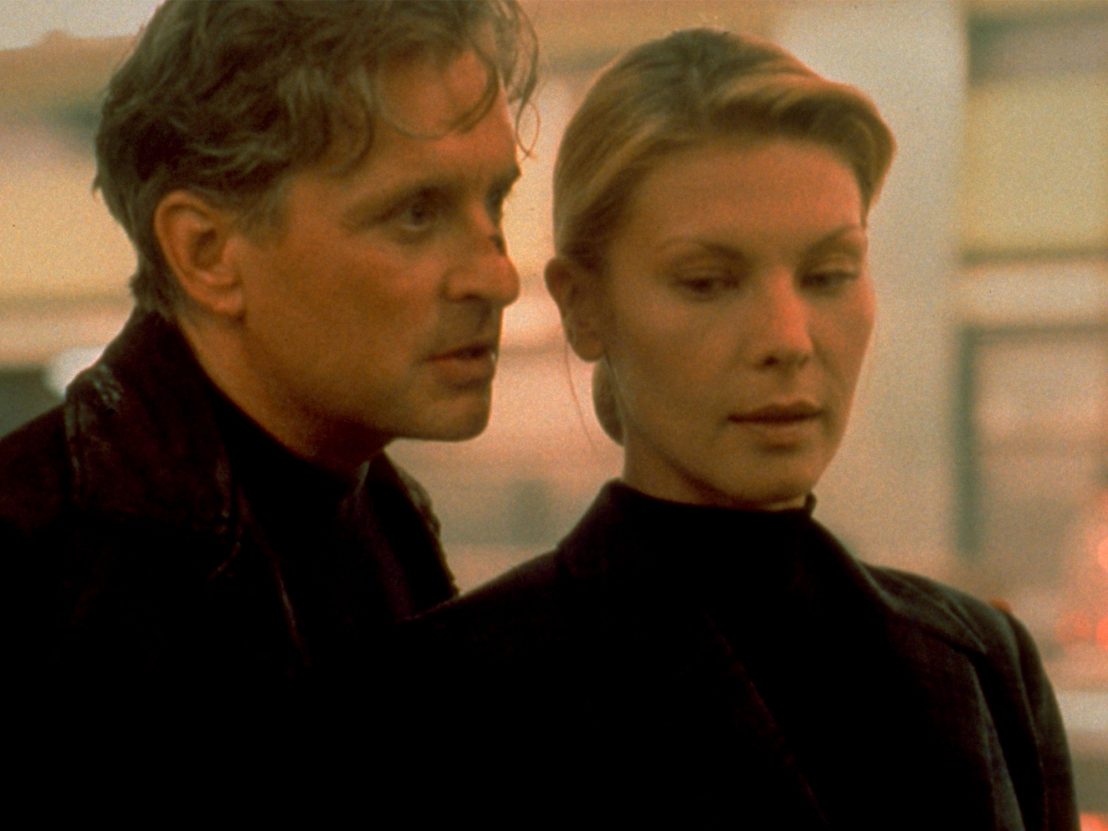 Coming hard upon the huge success of Se7en, although in fact conceived before it, David Fincher’s The Game presents itself as a mystery to be solved. We know this because the opening credits sequence shows a grid of animated jigsaw puzzle pieces scattering apart, signifiers of a fragmenting bigger picture and meaning in need of reconstruction. We then cut to an old 16mm home movie of a party in the massive Van Orton estate, where young birthday boy Nicholas (Scott Hunter McGuire) clowns around while his vastly wealthy father (Charles Martinet) appears before receding into the shadows.

Cut to the present day, and Nicholas (Michael Douglas) is all grown up, still living in that same luxurious estate (with the same maid) and running a high-end investment bank in a building that bears the family name and that, along with the expensive inscribed watch on his wrist he has inherited from his father. It’s Nicholas’ birthday once more, although also a rather different milestone: he has now reached the same age at which his father took a suicidal leap to his death many decades earlier before his young son’s eyes.

So this is a time of mixed feelings, of celebration and sadness – not that Nicholas does much celebrating. Fastidiously neat, divorced, misanthropic, workaholic, uncharitable and aggressively curt, this highly privileged control freak cuts a Scrooge-like figure in his self-imposed isolation from the society around him, and is visibly annoyed when a secretary has the audacity to wish him a happy birthday.

The only person for whom Nicholas does have – and make – time is his younger brother Conrad (Sean Penn), the black sheep of the family who has had a string of problems with addiction and self-discipline, and is in every way Nicholas’ opposite. Making a surprise visit from out of town for the first time in some years, Conrad has come bearing a special gift for the man who has everything: an invitation to participate in a bespoke Game run by a company called Consumer Recreation Services (CRS).

Details about both CRS and the nature of the Game are sketchy, but both Conrad and some fellow executives Nicholas meets in his club suggest it will make his life fun and open his eyes. Curious, Nicholas signs up and submits to a long series of psychological and physical tests. And then, the Game is on, and a man who has it all finds himself increasingly at risk of having it all taken away.

The mystery promised from the outset is not so much Nicholas’ identity. We can see from very early on that he is an entitled, pampered prick with daddy issues, and that there is little else to him. The real mystery here is the Game itself, whose rules are never stated, and whose boundaries are ill-defined. Once the Game is in play, Nicholas is never quite sure where it ends and reality begins – but the Game certainly does turn his life upside down. Jim Feingold (James Rebhorn), the data analyst who takes Nicholas through the initial sign-up process at CRS, tells him that the Game is designed to “provide whatever’s lacking”.

In superrich Nicholas’ case, that would seem to involve making a mess of his immaculate clothes and his perfect home, sending him into an odd-couple partnership with a working-class waitress (Deborah Kara Unger) whom he would usually entirely overlook, driving a wedge between him and his brother, and gradually depriving him of his wealth, his sense of centred control and even his will to live. 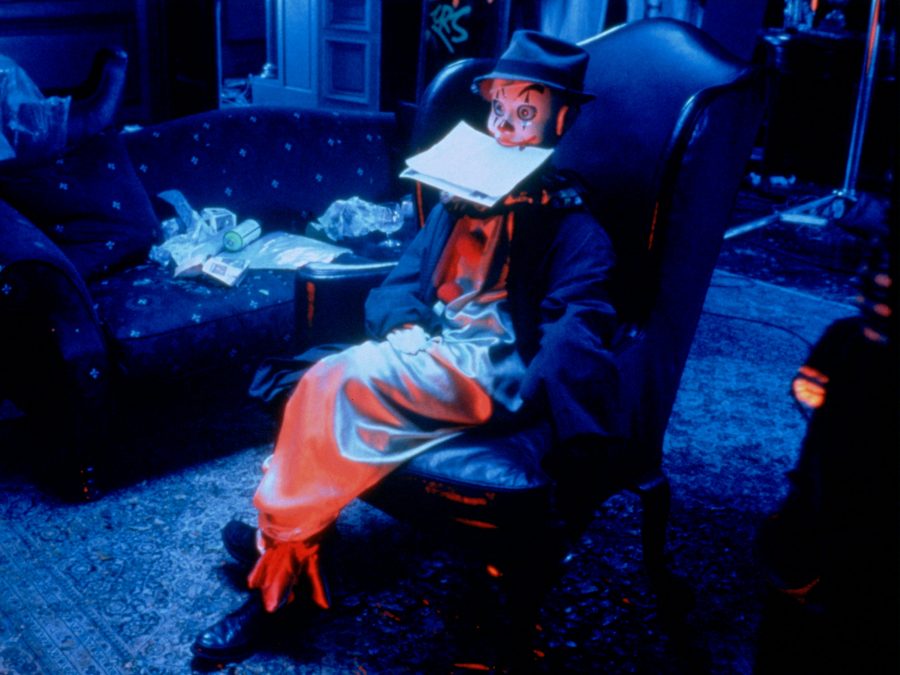 As the sheer scale of what is happening to him sinks in, and Nicholas starts to wonder if what he is experiencing is a monumental practical joke, a therapeutic intervention, or a conspiratorial scam to fleece him of his family fortune, he will, like his father before him, take multiple falls. These literal, physical tumbles instantiate both his own headlong descent from the lofty heights of the one per cent, and the death wish which just might be another of his legacies.

They also recall Joel Schumacher’s Falling Down, which starred Douglas once again as a man in free fall. Meanwhile the film’s setting in San Francisco simultaneously evokes Douglas’ breakout role in ’70s TV cop series The Streets of San Francisco, as well as the disorienting alternative realities of Alfred Hitchcock’s Vertigo. The song ‘White Rabbit’, which features prominently in The Game, is apt not just for its mind-altering lyrics, but because Jefferson Airplane were part of the San Francisco alt-rock scene.

What ensues falls somewhere between paranoid thriller and social satire, as Douglas plays a character not so very far (except in the geographical sense) from his Gordon Gekko in Oliver Stone’s Wall Street, and as we are both bewildered and entertained by seeing this hubristic yet damaged man brought so very low, both financially and emotionally.

Yet it turns out that the Game is an inverted parody of capitalism itself, whose structures can be manipulated and whose personnel can be toppled, but which ultimately emerges essentially intact and unscathed by all the dramas and intrigues that form its role-playing scenarios. Nicholas is repeatedly taken out of his comfort zone, but what makes Fincher’s film so much more uncomfortable for viewers is the ease with which we become willing to identify with, even root for, a character who would be very unlikely to reciprocate such empathy if we stumbled even a little.

The more we invest in Nicholas’ bank of experiences, the more we display our willing complicity with, even subservience to, a system that lets cocooned elites merely play games (on an urban, even international scale) while the rest of us must live our grubby, messy lives in a real world of real consequences. The only lesson that there is to learn about Nicholas, the film’s arch capitalist, is just how predictable his conduct is, and how untouchable his type ultimately proves to be.

As well as being about class structures, The Game is also concerned with the artificial workings of cinema itself. For the people at CRS operate like a film crew, wrangling a large ensemble of actors and extras, co-ordinating set-pieces, engaging in elaborate stunt work and special effects, and handling one narrative twist after another to lead their very private audience right where they want him. This is a film which not only constantly manipulates the viewer (Nicholas and us), but also reveals the very mechanics of those manipulations. And while this crew may be making fun of their mark and using his money and success against him, in the end they remain playthings very much in his pocket.

Anyone who has purchased a ticket to Fincher’s film is already part of this game, if merely a side player. For Consumer Recreation Services indeed serves to recreate the consumer, modelling America’s trickle-down market economy where there may be dips, blips and falls, but dramatic change only ever really affects the 99 per cent, while those at the top can brush themselves off, feel great about themselves, maybe even get the girl, have the Hollywood ending, and reassert proprietary control of the American Dream.

The Game is available on a two-disc Limited Edition Blu-ray/DVD set presented in a director-approved remaster from Arrow Academy on 27 July. 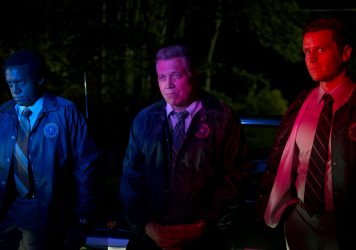