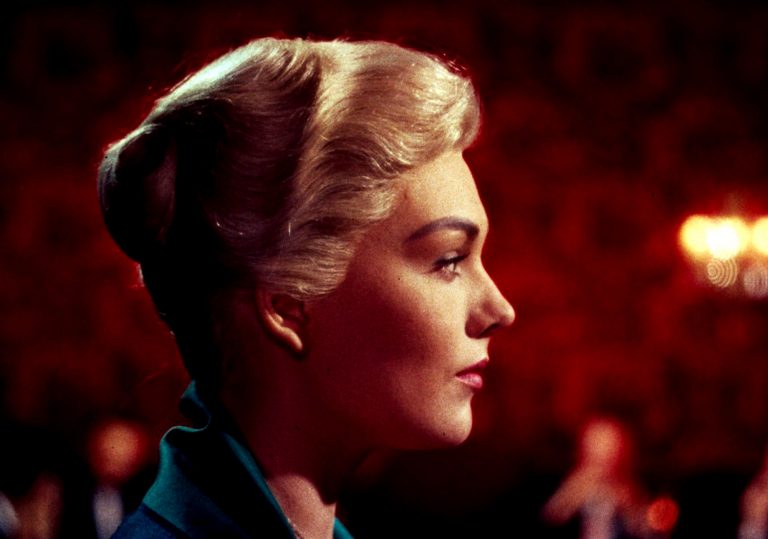 The greatest film of all time, apparently.

Restores its status as a picture to be obsessed with.

There can be no last word on Vertigo. In 2012, it usurped Citizen Kane as Sight and Sound’s “greatest film of all time”, but with this superlative label comes an expectation for absolute meaning. Since its release 60 years ago, academics and critics have tried (and failed) to dissect the plot and spill out Hitchcock’s predatory subconscious. Now Park Circus (the folks behind the new 4K restoration), aware that their audience has probably mulled all this over a thousand times, are asking us to do something a little different – to simply look at its lavish surface.

Of all the old celluloid prints being cleaned and sharpened to a mighty 4,000 pixels, this is surely the most gorgeous. Audible collective gasps filled the auditorium at scenes we believed so familiar, awed by the sheer colour of the film. It is a cinematographic achievement one might expect of Robert Yeoman in any Wes Anderson picture, or in the sun-drenched modernity of La La Land. But here we have an intense thriller with themes of voyeurism, duality and tragedy – a transitory piece from the steely monochrome of film noir into visual sensuality, or ‘film couleur’, if you will.

Considering which films director of photography Robert Burks has influenced further reveals the contrast between theme and image. As John ‘Scottie’ Ferguson (James Stewart) observes the outline of Kim Novak’s face silhouetted against sumptuous blue-green neon, the mind races forward to Mia and Sebastian (Emma Stone and Ryan Gosling) duetting ‘City of Stars’ in a similarly lit room in Damien Chazelle’s 2017 musical. The scene in the latter film comes when the central relationship is breaking down, using turquoise to create a slightly nauseating sense of unease. There is undoubtedly a sickness to the shot in Vertigo, but one of far richer implications for Scottie’s mental instability. With the crispness of 4K, the disparity is much starker, jarring the viewer with lustful fear.

If there is a sexual obsession behind the camera, it is then made all the more prescient by the quality of the picture. The sets Novak as Madeleine or Judy drifts through, from the luxurious scarlet of Ernie’s Restaurant to a market overflowing with flowers, have evidently been crafted by Hitchcock at his most scrupulous. His fixation is mirrored in the lens, and here we are treated to the clearest version of his perspective – when Judy emerges from the bathroom of her flat dressed as Madeleine, her pure luminosity is almost blinding. Whatever Hitchcock’s intention behind these shots might have been, it is impossible to ignore their aesthetic beauty.

The other major benefit of watching Vertigo in a cinema is Bernard Herrmann’s score. After the bewitching prelude plays out over Saul Bass’ opening titles, the throbbing love themes develop toward a series of climaxes that erupt on screen before fading to black. When Scottie first kisses Madeleine, they do so against a backdrop of ejaculatory sprays of water smashing against rocks. Having simmered beforehand, the orchestra suddenly explodes into orgasmic rapture, expertly adapting the erotic themes of Richard Wagner’s Tristan und Isolde. It is this combination of sensory stimuli that sends the emotions into overdrive, marking a synthesis of artistic masters.

The plot is incredulous and smattered with holes. Scottie is a reprehensible hero through his harrowing treatment of Madeleine, and for some this might mar enjoyment of the film. Bring yourself, if you can, to look beyond that and focus on the deftness of its audiovisual allure. In doing so, you might forgive error and relish its intricacies and inherent complexity. Praising the film today is as much a celebration of what Hitchcock and his crew achieved in 1958 as it is of the rigorous work of its restorers.

Find out where Vertigo is showing near you at parkcircus.com

The greatest film of all time, apparently.

Restores its status as a picture to be obsessed with. 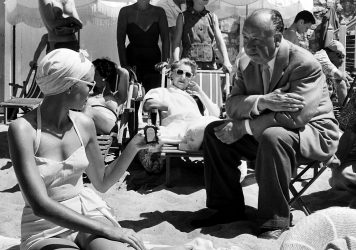 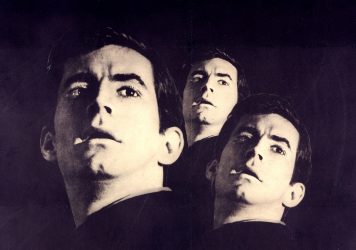