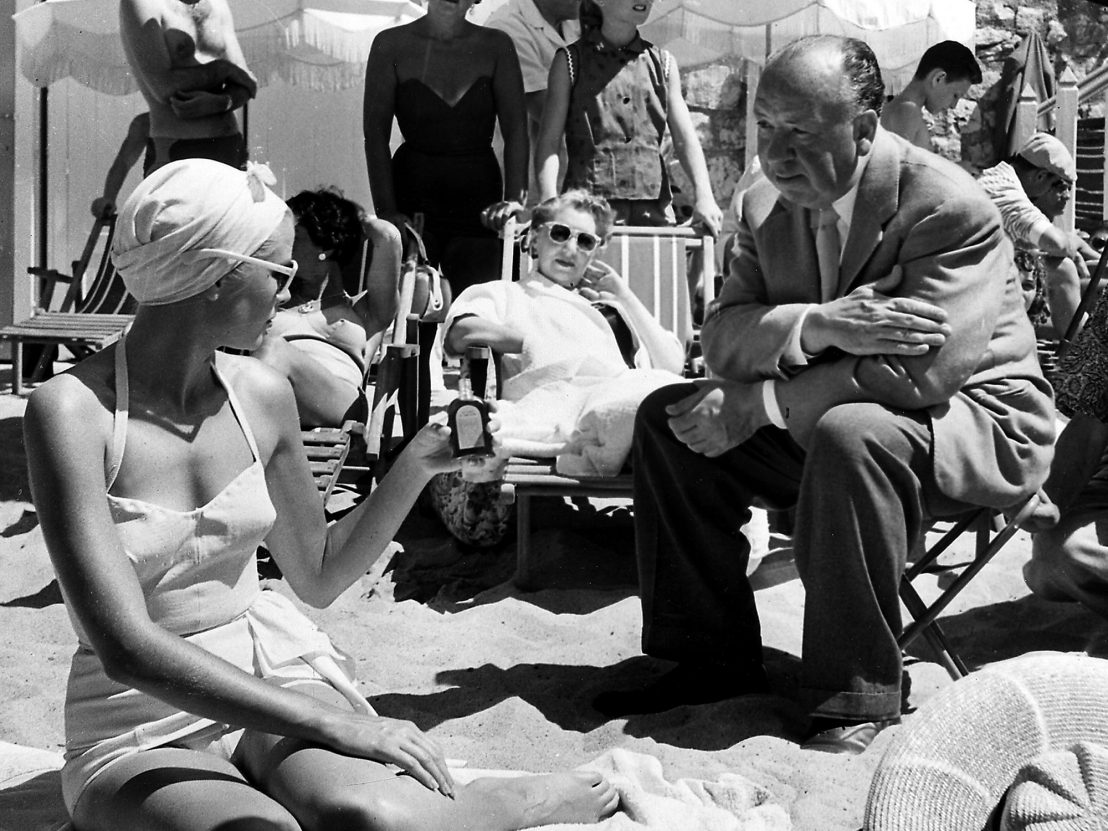 With a career that spanned six decades, Alfred Hitchcock is both the most respected and most maligned of directors, whose idolatry of blonde women is said to border on fetishism, and who he shaped into an elegant, beautifully-costumed ideal.

While June and Anny Ondra were two of Hitchcock’s early blondes, Madeleine Carroll was the first heroine whose image and character he truly went out of his way to shape on screen in The 39 Steps and Secret Agent. Hitchcock’s heroines weren’t all blondes – there were strong, independent, dark-haired leading ladies like Teresa Wright and Margaret Lockwood, and light brown haired Joan Fontaine and Ingrid Bergman. But it was with Grace Kelly, whose allure Hitchcock was never able to fully shake off, that he cemented his reputation. He looked to find another actress who could fill her shoes – first Vera Miles, then Tippi Hedren.

In addition to being elegant and beautifully dressed, these women could be brave, plucky, sensual, complicated, obsessive, and most important, sympathetic. While Hitchcock’s films have been considered misogynistic for the way the women are seemingly punished, he takes the heroine’s point of view in many of his films including Rebecca, Suspicion, Notorious and The Birds, where we experience the bird attack through Melanie Daniels. Lisa in Rear Window, for example, springs into action and places herself in danger while her partner, played by James Stewart, is incapacitated. Marion in Psycho is heartrendingly likeable and appealing, so much so that her death is devastating. Hitchcock himself said: “I believe that the vast majority of women, in all ranks of life, are idealists. They may not live up to their own ideals, often they cannot do so, but they do like to see them personified by their favourite film heroines.”

The actresses who worked with him have reported different experiences. Bergman considered him a close friend up until his death, someone she could enjoy dinner and martinis, as did Kelly and Janet Leigh. But after The Birds, when Hedren recounted how he became obsessed with him, Marnie, by all reports, was an unhappy experience for many of those involved, particularly Hedren and Diane Baker. It seems that the actresses signed to his personal contracts – such as Miles and Hedren – bore the brunt of his attitude, while experienced actresses and those under studio contracts, like Kim Novak with Columbia, had a form of protection, as they were already controlled by their studio. 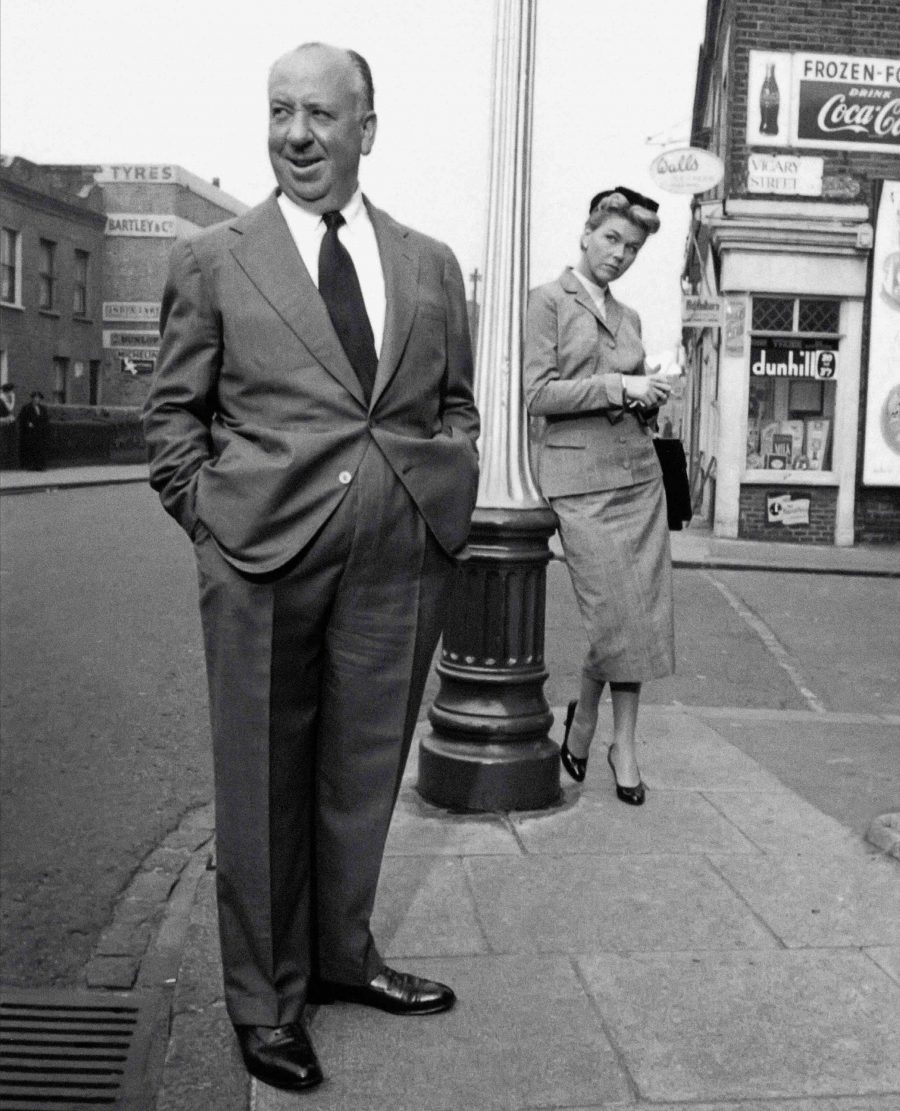 Nova Pilbeam, one of Hitchcock’s actresses from his British period, said Young and Innocent was, “quite the sunniest film I was involved with. One was rather moved around and manipulated, but, having said that, I liked [Hitchcock] very much.” Fontaine found the making of Rebecca to be a tough experience, with Hitchcock having isolated her from the rest of the cast to enhance her performance. “He wanted total control over me and seemed to relish the cast not liking one another, actor for actor, by the end of the film,” she said.

Fontaine spoke warmly of him later in life, and when it came to casting for Suspicion, she wrote to Hitchcock to ask for the part. “I must do that picture, Oh, please, dear darling Hitch… I am even willing to play the part for no salary if necessary! I’m sure with you at the helm I would not regret it.”

The actresses he liked and got along with best, such as Carole Lombard and Tallulah Bankhead, were strong characters who shared his sense of humour. Asked by the BBC in 1964 if Lifeboat was miserable to make, she said: “Not at all. It was divine. Because Hitchcock was so divine. Every Saturday night I’d dine with him and his wife Alma and Patricia, his daughter, who was darling, and I was very happy with that.” His wife, Alma Reville, was a talented filmmaker with a shrewd eye, and she wrote many of the script treatments, in addition to advising on scripts. It was said that she was the wind beneath his wings, and the greatest influence in his life.

Hitchcock had the Victorian suppressive instinct for fetishism. He was fascinated by the allure of covered-up sexuality, of voyeurism, and of fantasies around certain features or items of clothing, such as black heels, blonde hair, and even glasses. Were these included in his to satisfy his own kinks, or did he make films for his audience? He had an instinct for what they wanted to see and feel – for a woman to suffer on screen – as well as to triumph. And one thing he highlighted, from his career beginnings, was that women were his primary audience. He told a magazine in the early 1930s: “The chief point I keep in mind when selecting my heroine is that she must be fashioned to please women rather than men, for the reason that women form three-quarters of the average cinema audience.”

To look at Hitchcock through a modern eye, especially in times of Harvey Weinstein, can be troubling, with Hedren’s testimony and countless opinions that defend or condemn the director. However, the actresses and the characters in the films are still beloved, admired and inspiring, and that was who I wanted to pay tribute to in ‘Hitchcock’s Heroines’.

‘Hitchcock’s Heroines’ is available to order now via amazon.co.uk