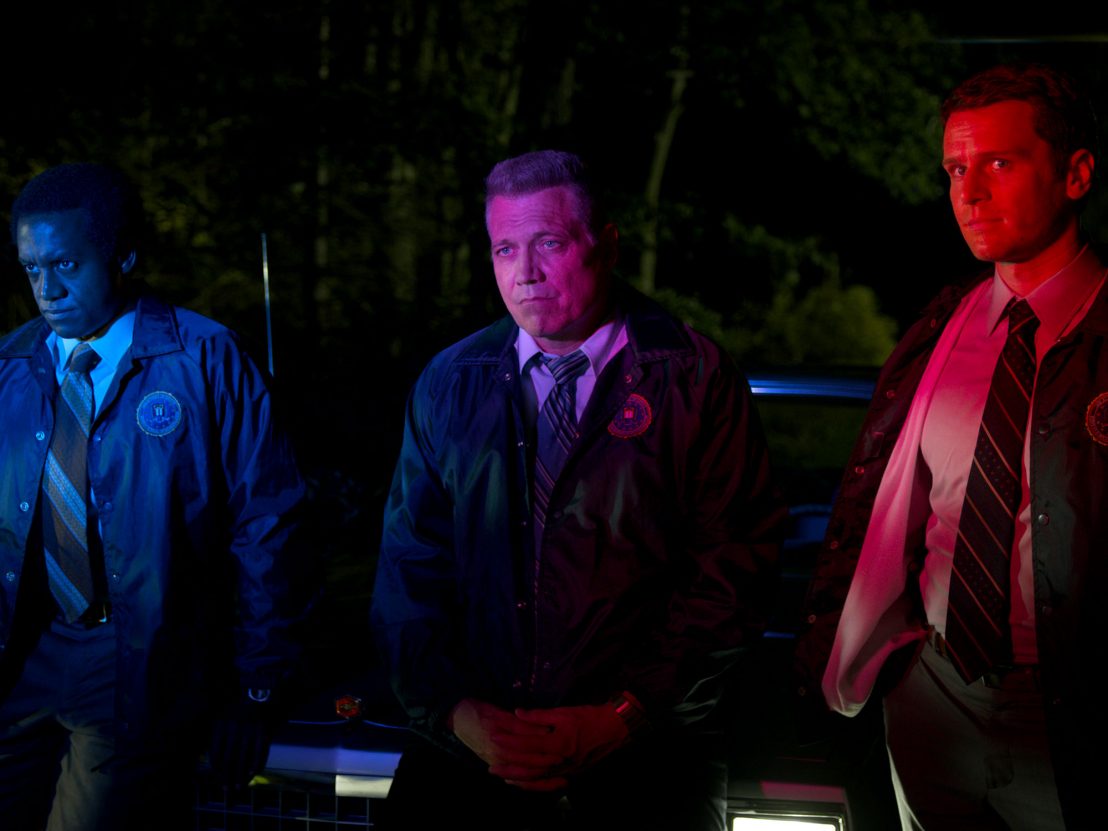 When my mother moved to Atlanta in the late 1970s, the city was supposed to be the height of the so-called New South. Atlanta had just elected their first black mayor, Maynard Jackson, and was in the process of building one of the world’s largest airports a few miles outside of the greater metro area. For all of Atlanta and the New South’s shiny veneer, something – and someone – sinister lurked beneath the surface.

In 1979, any lingering notion of Atlanta as a modern utopia was shattered by a three-year serial killing spree that resulted in the deaths of at least 25 black children and four young black men. Information on the crimes was scarce for the first year, with Atlanta’s police department seemingly at a loss to solve the case.

Local law enforcement and government officials were accused of trying to downplay suspicions of connected murders so as not to scare off new businesses and residents, but the number of victims – the majority of whom shared similar socioeconomic backgrounds – kept growing. The mothers of the murdered and missing children were frustrated by the police’s mismanagement of the crimes, and when the eleventh missing child made theories of the crimes being interconnected undeniable, the FBI stepped in to consult on the case.

Eighteen more lives were taken before the Atlanta PD and the FBI eventually arrested Wayne Williams – a black man not much older than his final four adult victims – in what became known as the Atlanta Child Murders. Williams was only formally charged and found guilty of the murders of two adults. To this day, the 27 technically unsolved murders are still contested, as Williams still maintains his innocence four decades into his life sentence.

The lurid and unfinished nature of the Atlanta Child Murders makes it an interesting choice of subject for Joe Penhall and David Fincher’s Netflix crime drama Mindhunter. From its series premiere in 2017, Mindhunter has never been a show to provide simple answers, especially in relation to the myriad gruesome murders the bureau profiles. The show’s original premise focused on hotshot federal agent Holden Ford (Jonathan Groff) and his colleagues in the nascent Behavioral Sciences Unit as they interviewed murderers with multiple victims in an attempt to apply logic to the darkest depths of humanity, only to find that there isn’t a whole lot separating killers from upstanding members of society.

This second season of Mindhunter throws our protagonists into uncharted territory by positioning them as strangers within their own stories. No longer able to rely on the clean, neat systems created in the prison interview petri dish of first nine episodes, Ford and the BSU now have to deal with unfamiliar environments which can’t be easily mapped because they are outsiders. There is perhaps no place better suited to exploring these characters’ sense of distance and displacement than Atlanta in 1980, right in the middle of a heinous crime where the intricacies and politics of the situation are incommunicable to any non-natives but critical in solving the case. 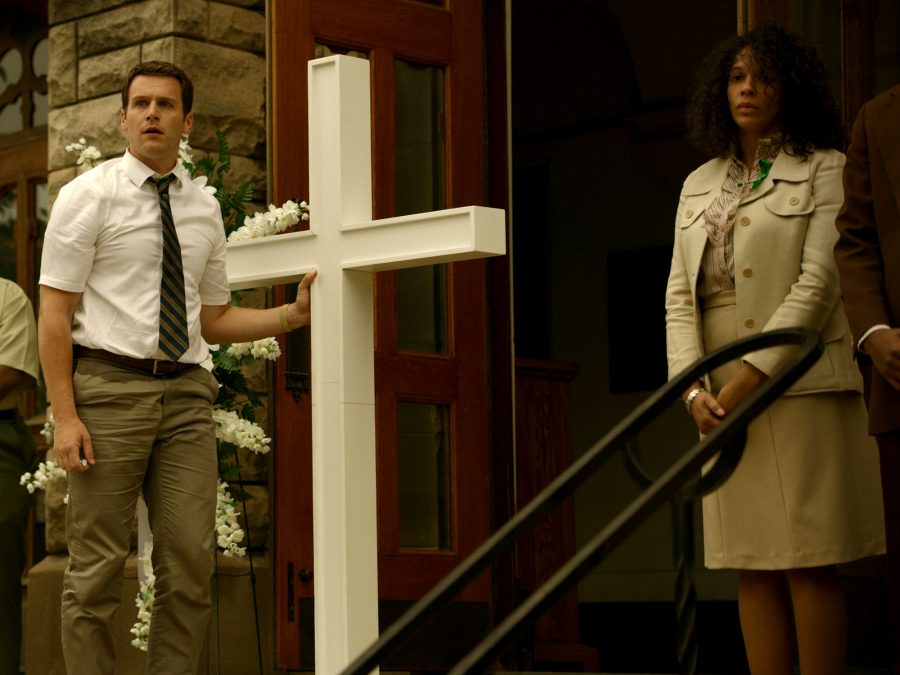 The American South is a strange, complex place, with its mythology, history of violence and the constant threat of Old Testament-style wrath making it relatively inhospitable to interlopers. Holden and his colleague Agent Tench (Holt McCallany) seemingly have no connection to the region and so have no way of understanding how the Atlanta Child Murders fit into the South’s historical and social fabric, how Atlanta’s residents saw the centuries of racism and recent white flight reflected in the crimes. Only two decades removed from 1965’s Voting Rights Amendment and just a few years after what is usually recognized as the end of the central Civil Rights Movement, Atlanta was still not the glowing example of a new Southern city that local government wanted it to be seen as – and still isn’t.

The hard fought successes of the Civil Rights Movement allowed black people to have more influence in local government through voting, but white Atlantans responded to this change by leaving the city in favor of Atlanta’s massive, sprawling suburbs, creating a void of wealth, jobs and resources in the city’s now overwhelmingly black downtown area. The city’s colossal international airport created a nearly instant economic boom, and businesses moved across the country to the bustling suburbs, bringing predominately white workers and families, like my own, to places like Marietta and Dunwoody: only a few miles away from the city center but so distant in every other way.

This long-simmering racial tension was central to the Atlanta Child Murders, as evidenced in the initial stages of Ford and Tench’s search for suspects. One of the early theories presented to Ford by local field agent Jim Barney (Albert Jones) and the victims’ mourning mothers is that the Ku Klux Klan is behind the murders. In both the show and in real life, there is a certain amount of circumstantial evidence that would make a Klansman a likely suspect, even without factoring in the Klan’s history of targeting black boys and young men in lynchings; Klansman Charles Sanders was even wiretapped by Atlanta Police but was ultimately dismissed as a suspect after a series of lie detector tests.

Ford quickly dismisses this suspect because of his previously concocted profile: the murderer must be a black male in his mid-twenties to early-thirties. When his profile is met with suspicion by Barney and the mothers, led by the formidable Camille Bell (June Carryl), Ford is confused. His lack of social awareness is a recurring theme of the show, but here his ignorance serves to highlight the FBI’s lack of knowledge about the city and how centuries of racism are interconnected with the investigation.

Mindhunter’s tense final scene in Atlanta between Ford and Ms Bell reveals the depth of justified resentment the mothers have towards the investigation, believing it was tainted from the start by Atlanta PD’s own racial bias and neglect. The mothers feel abandoned by their city, and Ford leaves the South questioning his own judgment and instincts more than ever before.

As Mindhunter delves deeper into messy, unsolved serial killings like the Atlanta Child Murders, the characters’ understanding of themselves becomes increasingly strained. Tench is lost within his own family, blindsided by his son’s shockingly violent actions and his wife Nancy’s justified coldness. Ford is second-guessing his place in the bureau and his own body due to frequent panic attacks. And as many of the subjects’ clear-minded interviews suggest, the serial killers are interlopers in our world, disturbed individuals who find themselves in a society that rejects their rationalized cruelty in favor of moral code.

A once orderly unit whose goal was to fit human depravity into neat classifications is now faced with challenges that refuse to go quietly or be resolved with scientific method. Atlanta – its history, politics and soul – tests Ford, Tench and the team because they can only view the case as outsiders, reflecting the instability they show on screen over the course of the season. The perceived lack of certainty that permeates this season’s central conflicts, setting and characters delivers on the complexity and moral questions Fincher and the showrunners promised from the show’s very first episode.