Chris Morris is back with incendiary satire The Day Shall Come

Read an explosive statement from the Four Lions writer/director on his latest political comedy. 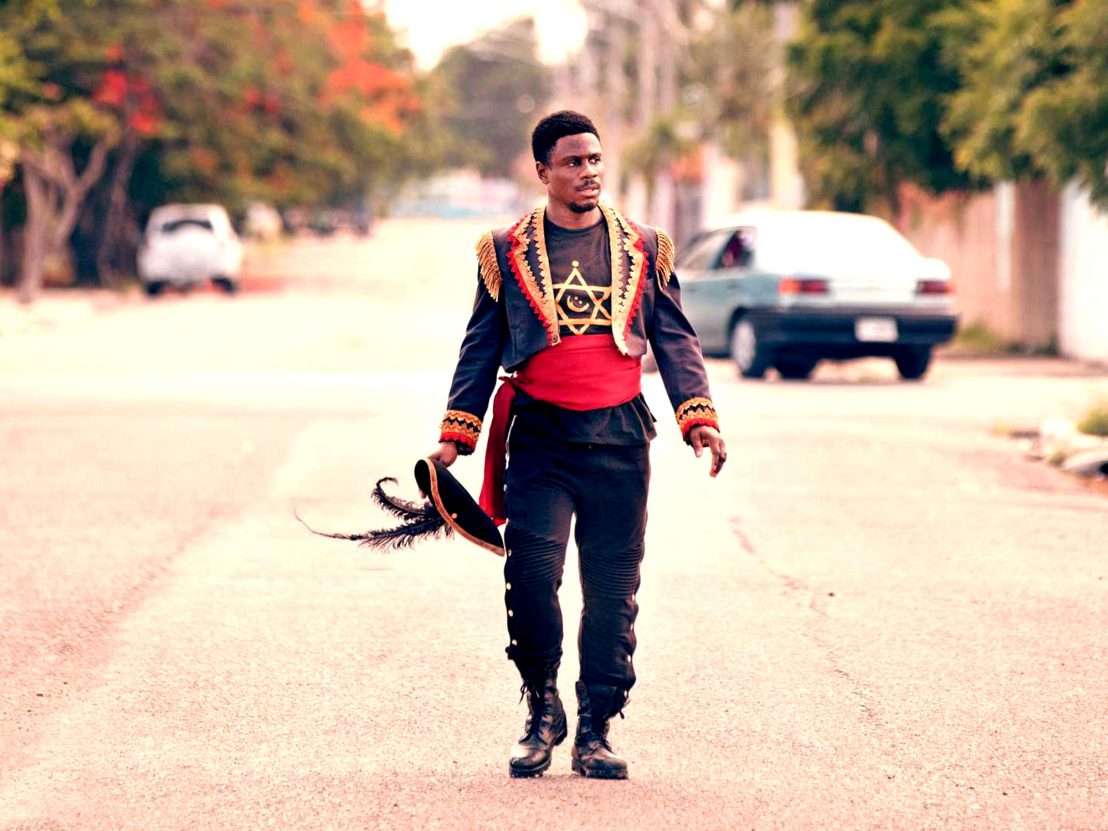 Nearly a decade on from the release of his explosive debut feature, Four Lions, Chris Morris is back with his long-awaited follow-up, taking his distinct brand of satire across the pond for a scathing critique of US homeland security policy.

Based on 100 true stories, The Day Shall Come stars Marchánt Davis as a well-meaning but deluded Miami preacher who becomes caught up in a farcical terrorism plot orchestrated in part by Anna Kendrick’s ambitious FBI agent. It’s as incisive and outrageous a political comedy as you’d expect from the man who essentially invented the concept of fake news some 25 years ago.

Brass Eye and The Day Today co-creator Morris has given an incendiary director’s statement summarising the film’s plot and what inspired him to make it. We’ve decided to print it in full below, because it really is quite something:

“The story that kicked off this film was like a brick hurled from Miami to London. It was a lie that I didn’t know was a lie and it resulted in a farce about paranoia, deception, delusion and injustice that reflects an unfortunate truth: Finding a real terrorist is harder than creating your own

“Breaking news! The US Attorney General is announcing the sensational arrest of an army based in Miami, about to launch a full ground war on America. The FBI had saved the Nation. The world could sleep well tonight. ‘A full ground war’? I am shocked.

“Two years later in Washington DC I met a witness from the resulting trial and discovered this terrifying coup would have been pulled off by seven construction workers riding into Chicago on horses. The idea was a fantasy, spun to make money. They had no guns – and no horses. An FBI informant had offered them $50,000 to attack America. They were broke, so they riffed ideas until he was happy. They claimed they could knock over the Seers Tower, swamp the city with a tidal wave, and seize control by riding in like cavalry.

“The government presented it as an Al Qaeda plot bigger than 9/11. These guys weren’t even Muslims, they were Haitian Catholics. It took three trials to find them guilty. They were all jailed as terrorists.

“I discovered this was not a freakish one off. Since 9/11 it has become Standard Operating Procedure. Informants encourage a Person of Interest to break the law and when they do, the FBI arrest them. Each plan is put together with the federal attorney. Arrest is delayed until the case will play in court. So the conviction rate is 98 per cent. The typical sentence is 25 years.

“Investigating AG Gonzales’ international lie took me all over America. I met families of people who’d been jailed, their lawyers, FBI informants, prosecutors, police, sheriffs and FBI agents. I discovered the legal technicalities and the workplace dynamics. I got to know neighbourhoods and people in places like Detroit, Orange County, Chicago and Washington DC.

“These stories were compelling and often absurd. The contrivances were comic. The repeated story is a cat and mouse game where the mouse doesn’t even know the cat exists…

Finding a real terrorist is harder than creating your own

“The Day Shall Come reflects how institutionalized paranoia corrupts our thinking. Throughout the West, the Global War on Terror, now so baked in it no longer requires a name, has eroded freedoms it was declared to protect.

“The film tells the story of a person walking blind into a false reality programmed to blow up in his face. That person is a fringe preacher called Moses. The false reality is created by the FBI and written like a script. Moses has no idea this is happening or that their plotline ends with him in jail.

“With his wife Venus, Moses runs a mission offering local youth salvation through religion, education, self-empowerment and farming. Their hero is the Haitian slave rebel General Toussaint. This is their life, these are their troubles. Here is Moses preaching on Facebook Live about righting the wrongs of history. Here is the FBI watching him, wondering if he is a threat, asking themselves a question that leads only one way: What if we do nothing – and this guy tries to destroy America with his army of four grown-ups and a kid?”

The Day Shall Come is released 11 October. 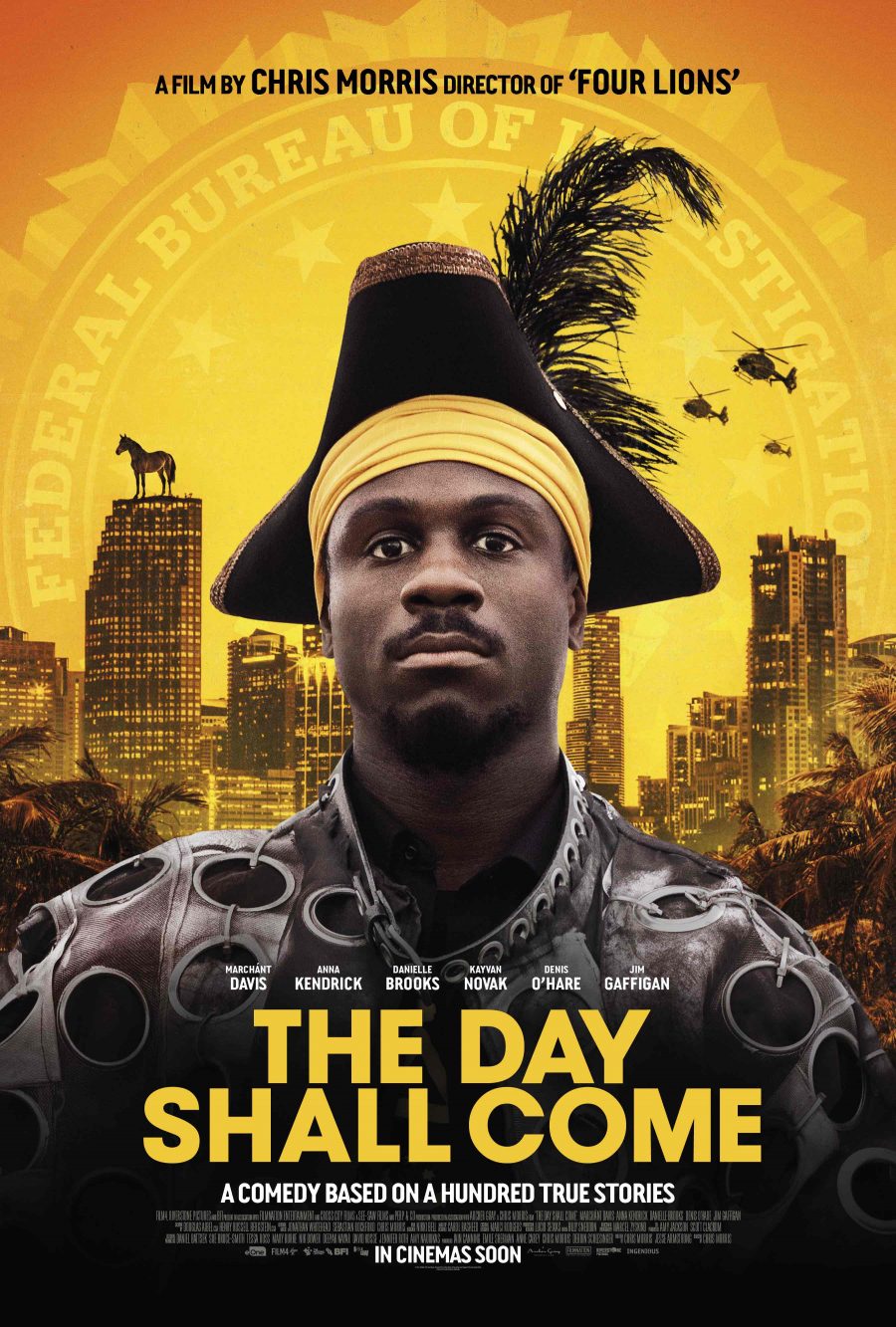