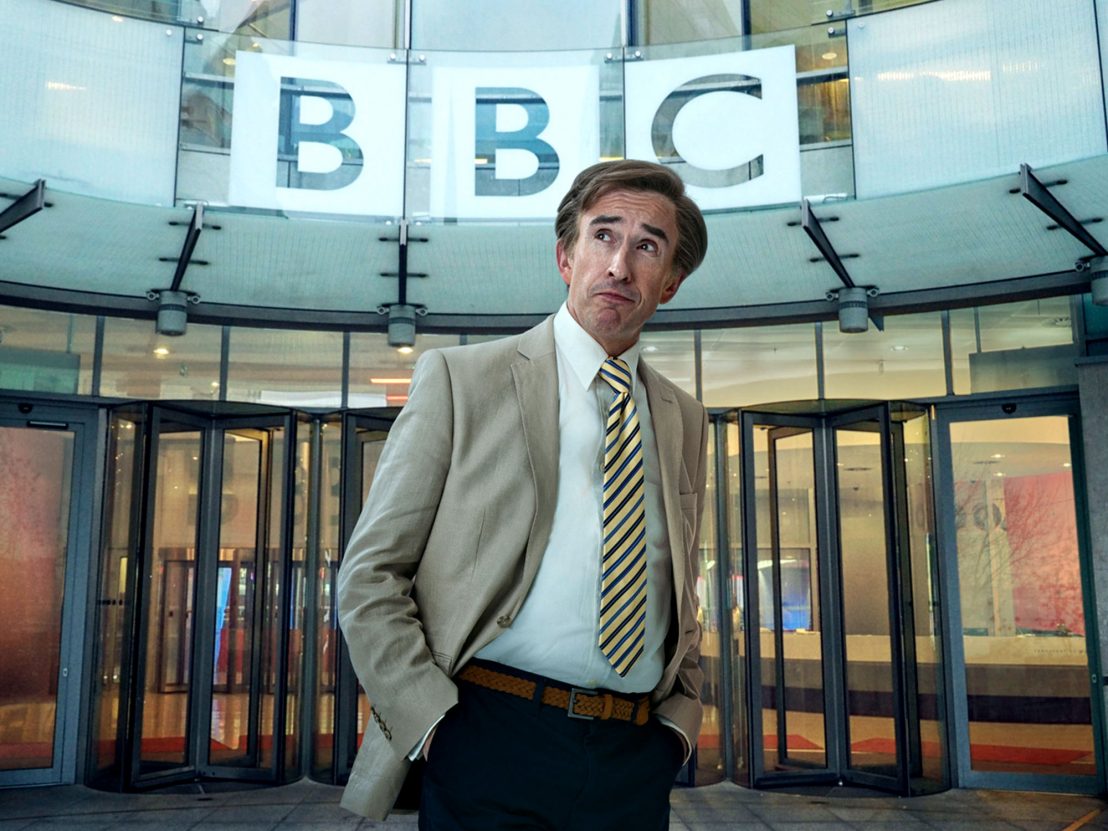 There are forebears, of course. The delusions of grandeur are part of a rich lineage in British comedy that stretches all the way back to Tony Hancock via Del Boy, Basil Fawlty and Harold Steptoe. Yet Alan Gordon Partridge, with his distinct blend of narcissism and self-deceit, is arguably the defining comedy creation of the last few decades. A thoroughly modern Frankenstein’s monster (“Frankenstein is the name of the creator, not the monster”) with an ego to rival Dame Edna in her pomp.

In a sense, Alan has evolved with the times. Just as the racism exhibited by Major in Fawlty Towers gave way to David Brent extolling the genius of Denzel Washington to a black colleague in The Office, prejudice manifests itself in different ways depending on the era. The intriguing thing about Steve Coogan’s most famous role is that he’s had to grow up in public, from the unreconstructed Thatcherite of the early years to the “right-on” attempts at tolerance that characterise more recent incarnations.

Patrick Marber, whose screenwriting credits include Closer and Notes on a Scandal, co-created the character and starred alongside Coogan in On the Hour, The Day Today and Knowing Me Knowing You with Alan Partridge on radio and TV. He insists it was never intended for Alan to reflect the different eras he’s inhabited. “We wrote a bit of backstory back in the day,” he says, “but only enough to give Steve things to make jokes about. For the first radio show we gave him Norwich, Pear Tree Productions, the sweaty desperation, the middle England jovial crass, Carol, Denise, Fernando, ABBA, a middle name – but in truth we didn’t need to discuss the ‘character’ that much because it was fully formed with the voice and the manner. From day one we all knew exactly who he was.”

So did the first radio audiences. While Coogan hadn’t quite nailed the accent by the time Partridge made his on air debut, the character’s voice had been honed to perfection by the writers. He was an egotistical bore, a conservative with a big and small C and the worst possible host for a talk show. Marber, Coogan and Armando Iannucci, all in their late twenties at the time, were mocking the kind of ageing broadcasting figures satirised by the likes of Smashie and Nicey. But Partridge was always so much more than a sketch character, as fully-realised as a Mike Leigh protagonist but with much funnier jokes. 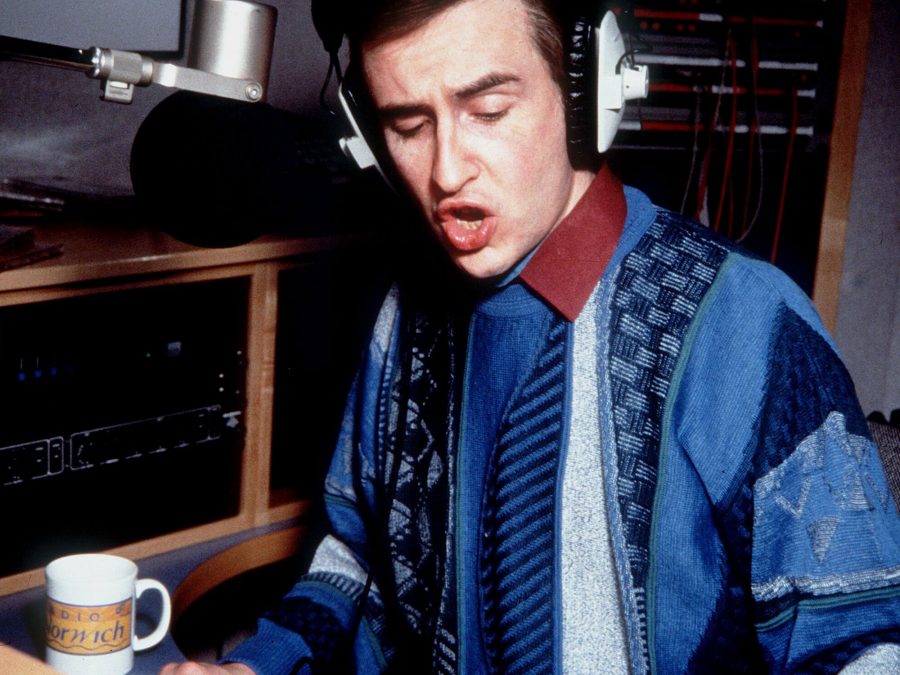 The transition to television was inevitable, at which point, Marber explains, the creative team “spent more time writing and talking about the guests than the host.” After the chat show came to an end following a moderately successful six-episode run and a Christmas special, Marber pursued a career in the theatre and Peter Baynham joined Coogan and Iannucci in concocting the sitcom I’m Alan Partridge. Marber was unconvinced by the early scripts but the writers trusted their instincts and the first series, released in 1997, is now an epochal work in British television comedy.

A second series followed in 2002, after which Coogan attempted to crack Hollywood and Alan went uncharacteristically quiet. In 2010, the character made a modest comeback with the web series Mid Morning Matters, which charted Partridges’s return to his roots as a local DJ on North Norfolk Digital. By a strange quirk of fate, the second series of I’m Alan Partridge began on BBC Two in the same slot occupied by the second series of The Office a week after that show had ended. Viewers complained about the laughter of the studio audience, something nobody had objected to in the mid ’90s. The Office had changed the game but the symbiotic relationship between the two characters was undeniably beneficial. By going back to basics and adopting an almost mockumentary format, Mid Morning Matters was a glorious return and proved that, while Partridge had inspired Brent, the reverse was now also true.

Neil and Rob Gibbons are integral to the direction Partridge has taken in the past decade. The twin brothers co-wrote Mid Morning Matters along with the Sky specials, books and a feature film, Alan Partridge: Alpha Papa. Coogan has stated that Partridge was originally envisioned as a decade older than the person playing him, and Neil feels the character’s age has played a crucial part in his evolution. “He started out as a man who was fusty before his time,” he explains, “like when you see a schoolboy with a briefcase. He’s frigid and uptight. That becomes less funny when he’s getting on in years, because they’re traits you already associate with older, rightwing people. So we loosened him up. He’s now an older man clumsily going out of his way to be on-trend, happy to talk about his sex life or his anus with a straight face, which is excruciating in a different way.”

Rob was similarly keen to ensure that the character kept moving forwards. “The trick is to retain the DNA that makes Alan Alan without letting the character stagnate,” he says. “We were fortunate when we came on board that Alan had been in cold storage for a few years, so we had licence to update him. He’d feasibly have changed slightly in the interim, as people do from one decade to another, so we never felt straightjacketed by what had gone on before or that we had a template we had to stay within.”

Coogan claims he’s become closer to the character down the years, and Rob is inclined to agree. “When we made Mid Morning Matters it was Alan in close-up, which meant it couldn’t be quite as broad as the Alan of I’m Alan Partridge, a studio sitcom with a live audience. Instead, a lot of the comedy came from the minutiae – intonation, facial tics, choice of language. So it naturally had to feel more real which meant writers and performer drawing on themselves, if that doesn’t sound too wanky.” 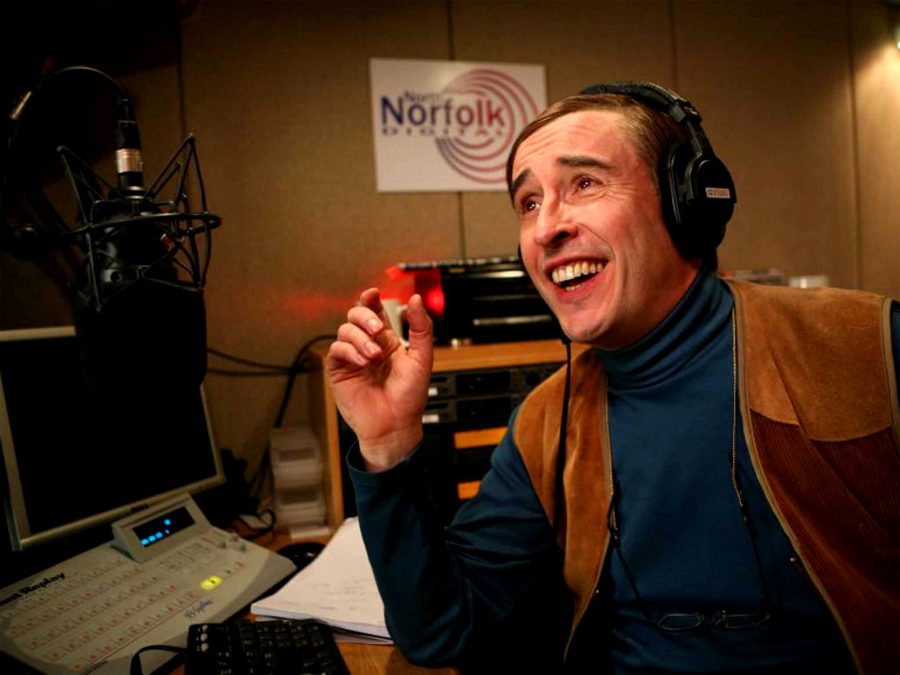 Like Marber and the character’s original creators, the Gibbons brothers didn’t spend a great deal of time thinking about what Alan might say about the times in which he lives. There was no manifesto and they didn’t feel as though they were safeguarding a bona fide national treasure. As Neil says, “I don’t buy all that guff about protecting the legacy. When they remade Psycho or did the Mary Poppins sequel and fans were wringing their hands about it, I never got that. The originals, the ones you like, they’re all still intact. Who cares? Not that we don’t want to make good stuff, but we’re not protecting the Holy Grail.”

Rob insists they never thought of the work as a responsibility, pointing out that, “The character had been all but retired when we were brought on board, so this is all bonus content.” And what content it is – their contribution has undeniably given Partridge a new lease of life and brought him kicking and screaming into the modern age. A key factor in Partridge’s evolution, of course, is Coogan himself, who Rob describes as a dream collaborator. “He brings no ego to the table so from the start it felt very democratic. It was such a laugh [writing new material] though. Still is.”

Marber, meanwhile, has enjoyed the transition from writer to viewer and remains a huge fan. “Over the years different writers and Steve have introduced numerous other elements, quirks, stories and details, all to the good to varying degrees. Steve/Alan still makes me laugh like I used to in the early days.”

Partridge is finally returning to the BBC this February in This Time with Alan Partridge, a spoof current affairs programme in the style of The One Show. Early word suggests a blend of Knowing Me, Knowing You and I’m Alan Partridge, perhaps something akin to The Larry Sanders Show, a show often cited by Iannucci as a major inspiration for The Thick of It. It will be yet another venture into unexplored territory for Partridge, but excitingly there’s every indication that the best is still to come. Who knows what the future will hold for Alan. Maybe he’ll finally get around to making Monkey Tennis.

This Time with Alan Partridge airs on BBC One at 9.30pm on Monday 25 February. 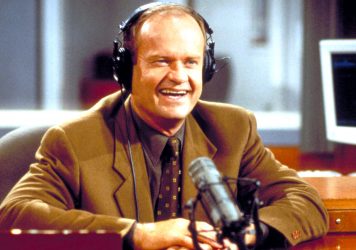