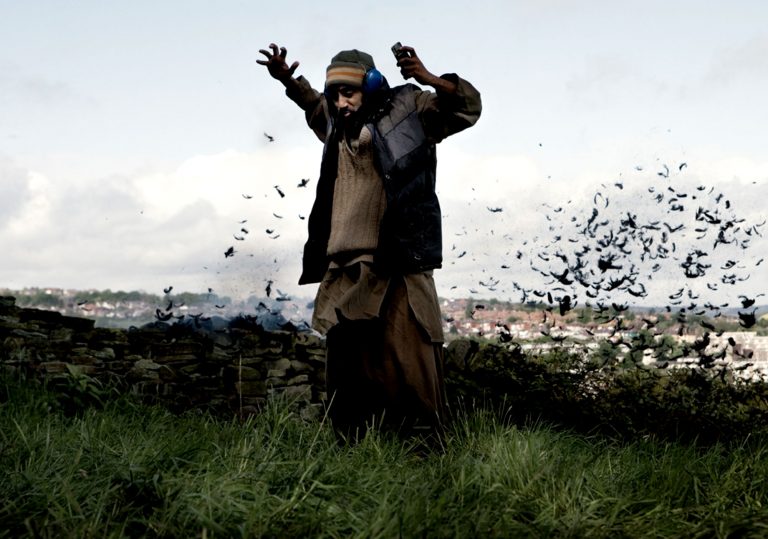 Chris Morris tackles terrorism. This year’s In The Loop?

Laughing bitterly at our fears leaves a bad taste in the mouth.

In his mission statement for Four Lions, Chris Morris claims that ‘terrorism is about ideology, but it’s also about berks.’ The king of pranksters forged the blueprint that gave the world Borat, but since the critical success of cult shows like The Day Today he’s preferred to keep a lower personal profile, pulling the strings behind the camera. There are no taboos for Morris, as he proved with a Brass Eye special on paedophilia that shocked the nation. But how far is too far? Are there things we shouldn’t laugh at?

In Four Lions Morris aims his crosshairs at a group of radicalised young Muslims in Sheffield planning ‘cosmic war’ from a bedsit. Following three years of research, the filmmaker has come to the conclusion that many terrorist cells in the UK approach the concept of planning an attack with the mentality of a stag weekend – and Four Lions offers humour to match.

The script zings about as if Morris and fellow writers Jesse Armstrong and Sam Bain (creators of Peep Show) are trying to outdo one another with enjoyable yet banal one-liners. This willingness to bend satire into gag point-scoring is reductive. And the sight of the intrepid lions with explosives strapped to fancy dress costumes (the Honey Monster, a Teenage Mutant Ninja Turtle) has all the subtlety of a sledgehammer.

There’s no doubting the quality of the performances, but Riz Ahmed’s intensity as the disillusioned Omar – heading a motley crew of extremists including Islamic convert Barry (Nigel Lindsay) and Fessal (Adeel Akhtar), who’s convinced he can train crows to fly bombing missions – is further undermined by a training camp scene played for slapstick laughs. What we’re left with is a Spinal Tap for terrorism.

Morris has joked about his fear of a fatwa, but the only backlash will come from those who feel that he’s failed to hit the target with a patchy black comedy that doesn’t live up to the promise of provocative satire, one that quickly gives way to farce. You can’t help feeling that Four Lions is an intellectual exercise in challenging political correctness.

Chris Morris tackles terrorism. This year’s In The Loop?

Laughing bitterly at our fears leaves a bad taste in the mouth.