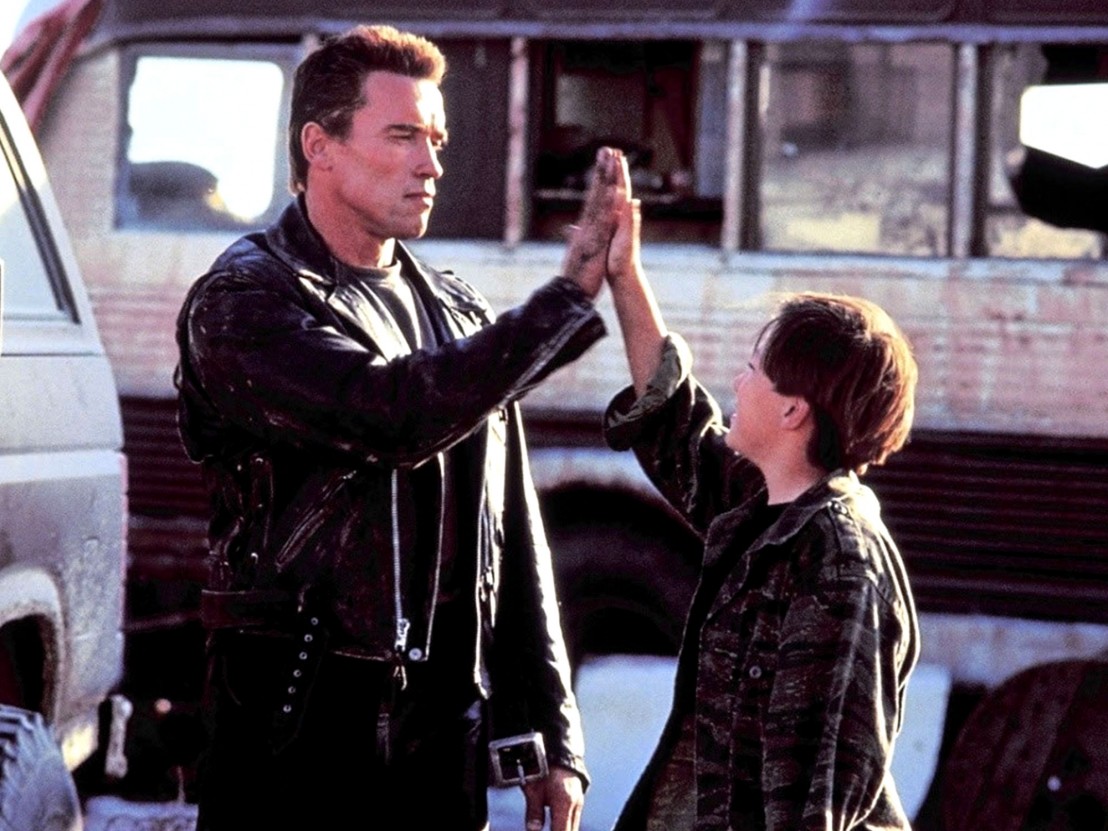 Released 25 years ago, James Cameron’s Terminator 2: Judgment Day is a staple on any list of the greatest action movies ever made. An unprecedented achievement in visual effects, the film was at the time the most expensive ever made, with every cent of its $100 million budget clearly visible on screen. Critics and audiences alike were wowed by the groundbreaking digital FX, created by George Lucas’ Industrial Light & Magic, which helped T2 end 1991 as the year’s overwhelming box office success – topping both the domestic and the worldwide charts with a total gross of $519 million and change.

T2 remains a high-watermark in genre filmmaking; thanks largely to its astonishing technical advances it changed how Hollywood films could – and would – be made. Viewed today, you might expect T2 to seem dated, especially given that its budget is modest in comparison to modern blockbusters and that its innovations have had 25 years to age. But it remains as awe-inspiring as ever, most notably in the ever-shifting form of the T-1000 who, in the film’s most famous scene of technological wizardry, rises up out of a hospital’s checkerboard floor to defy even Proteus in his mutability. Then there’s the incredible chase scene in the Los Angeles sluiceway – a greatest-set-piece-of-all-time contender that relies on expertly choreographed in-camera stunt work – and a final battle that fuses T2’s SFX with its predecessor’s grimier, steam-grates-and-heavy-metal style, acknowledging the past as it progressively leaves it behind.

In the same way that Jaws ushered in the blockbuster era, T2 paved the way for the kind of summer movies we have today: all-consuming franchise behemoths that seem incapable of keeping anything a surprise, such is the magnitude of their anticipation (a fate that first befell T2 when its big twist – Arnie was now the good guy – was spoiled months before release). The difference here is that T2, like Jaws and unlike 90 per cent of modern Hollywood blockbusters, had a true artist at its helm – one who in ’91 was coming off of a run of films that included two intelligent, masterfully executed action/sci-fi films, The Terminator and Aliens.

A look at the end-of-year box office charts in 1991 sees T2 sitting atop Oliver Stone’s cocaine-edited JFK and Jonathan Demme’s multi Oscar-winner, The Silence of the Lambs – auteur dramas that would be nowhere near the top of the pile if released today; last year’s list shows that eight of the top 10 highest grossing films were franchise instalments. This purge of non-franchise, non-blockbusters from the box office may be T2’s cross to bear, but again, like Jaws – and Jurassic Park after it – the singular originality of the film more than makes up for the unfortunate trends it helped herald.

With Independence Day: Resurgence following on from 2015’s Jurassic World and Terminator: Genisys, the last 12 months have a distinctly early ’90s flavour, harking back as they do to a time when blockbuster cinema still felt genuinely new and exciting. It remains to be seen whether these sequels will become pop-culture mainstays, but time always sorts out the classics. Of course, it’s not as if the odds were ever stacked against T2 – it was, remember, in its day the most expensive film ever made, and boasted a movie star who made roughly $21,000 for every word he spoke (which, admittedly, was not all that often). Cameron and TriStar ultimately got what they paid for.

When it first opened, T2 felt like the start of something new. Now, for better and worse, we’re left with what it started. Because for every lame Terminator sequel, there’s another film where the continued advancement of computerised technology matches and even surpasses T2’s. And yet, despite being a sequel, despite forming a franchise, T2 has always existed on its own spectacular terms. The film carries with it an uneasy duality, but that’s no matter – if you switch on the TV tonight and it’s on, you’ll stop what you’re doing and watch it.