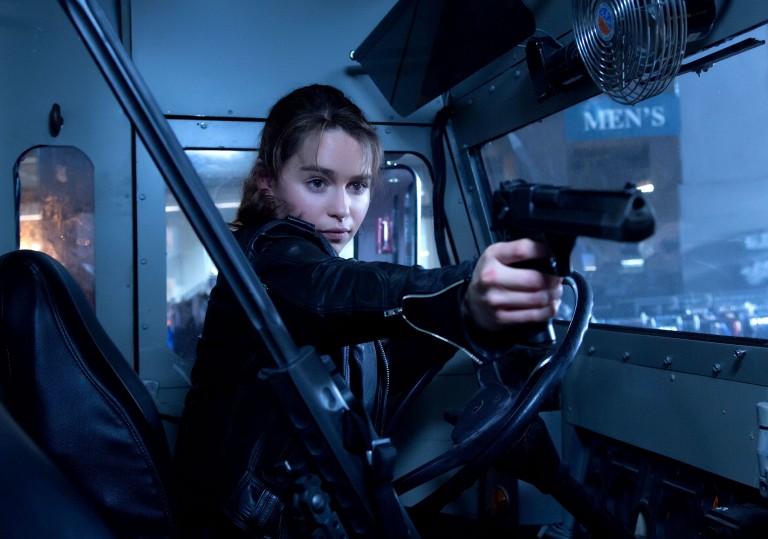 A colossal failure on every conceivable level.

Destined for the scrap heap.

Cast your minds back to the summer of ’91 and allow us set the scene for one of the most shocking crimes of movie marketing ever committed. The best part of a decade on from James Cameron’s seminal cybernetic sci-fi, audiences were eagerly gearing up to go another round with the T-800. Unbeknownst to the moviegoing public, however, Cameron had an earth-shattering twist up his sleeve: Arnie was now the good guy.

Throughout the production of Terminator 2: Judgment Day Cameron managed to keep this crucial plot detail a secret, anticipating fans’ jaws collectively hitting the theatre floor when, a full 38 minutes into the film, he would drop arguably the most audacious bait and switch in movie history. But this surprise wasn’t revealed as Cameron had intended, because in the months leading up to the film’s release TriStar Pictures made sure that everyone knew what to expect.

Watching the theatrical trailer back, it’s easy to see why the US distributor went against the director’s wishes – they had an expensive, shiny new baddie to show off, and reacquainting audiences with an Arnold Schwarzenegger who by 1991 had already found his softer side in Kindergarten Cop and Twins was presumably deemed a smart move. That doesn’t change the fact that the entire campaign was built around the mother of all spoilers, but hindsight affords us the benefit of being able to recognise the logic behind it. Still, imagine the impact T2’s heel turn would have on an unsuspecting audience today, in an age where a character chipping a nail on a show like Game of Thrones is enough to send Twitter into a tailspin. Never mind breaking the internet, a bombshell on that scale would surely change the face of mass entertainment as we know it.

But enough of the history lesson. There’s a point to all this retroactive protesting, one that should by now be clear to anyone who’s familiar with the promotional materials for Terminator Genisys. (If you’re not, don’t worry, we’re not about to ruin anything for you.) In director Alan Taylor’s reboot-cum-prequel-cum-bloated exercise in blockbuster autocannibalism, the series’ famously oblique timeline is muddied further still when friendly T-800 confronts not-so-friendly T-800 at the Griffith Observatory in Los Angeles circa 1984. He’s aided by a young Sarah Connor (Emilia Clarke) already in full trigger-happy warrior mode, who the film’s alternate reality structure dictates must refer to the Terminator as ‘Pops’. Because time travel.

Yet the film’s central narrative thread – which seeks to invert the core family dynamic established in the first two films – hinges on the unexpected modification of one of its chief protagonists. As with T2, this pivotal role reversal has been repeatedly leaked via numerous teasers and featurettes, a game plan which even the film’s director has publicly criticised. The fundamental difference is that T2 went on to do gangbusters, becoming the highest grossing film of that year and thereby vindicating the film’s bare-all marketing ploy. How history favours the promotion of Terminator Genisys will ultimately depend on the film’s box office performance. But we’re willing to stick our neck out and predict that the trick isn’t about to be repeated.

Where Cameron’s original is at its most exhilarating when human flesh and robot hardware clash, T2 shows us that it’s possible for man and machine to coexist (see the scene where Edward Furlong’s John Connor teaches the T-800 ’90s street slang terms like “no problemo” and “eat me”). It’s these lighter, more tender moments that elevate T2 above other modern action movies, Cameron shrewdly switching the emphasis to explore an unconventional father-son relationship. This time around, it’s Skynet that is given a human face as Taylor literally rearranges the Terminator chronology while reconstructing various familiar scenes from a different (but not necessarily new) perspective.

The result is a film which at any given point doesn’t appear to know what direction it’s facing, keeping the audience trapped in an endless feedback loop of grinding expositional banality. Which is ironic for a film about a sentient AI system that has taught itself how to outmanoeuvre its intellectually inferior maker. The tedious plotting and flat dialogue would be at least partly admissible if the action was up to par, but any film that features a somersaulting school bus as its centrepiece stunt – a feat lifted straight from Christopher Nolan’s The Dark Knight – is practically begging to be called out for its lack of ambition and originality.

Where the film falls down hardest is in the recasting of the franchise’s key players. Jai Courtney is instantly forgettable as buff Kyle Reese, a man who looks like he’d be easily confused by the sight of his own reflection and yet is somehow able to wrap his head around exponential algorithms, nexus points and quantum warps. Genisys also sees the return of the T-1000, played by South Korean actor Byung-hun Lee. Although again, it’s not exactly an upgrade. Elsewhere Emilia Clarke and Jason Clarke raise the suspicion they were cast as the Connors solely on the basis that they share the same last name, so horribly suited are they to their respective roles.

And then there’s Arnie – same model, same mission, only now largely relegated to the sidelines, called upon whenever his robotic monotone is required to explain a plot detail or crap out a catchphrase. Despite persistently reassuring us that the T-800 is old but not obsolete (we’re informed that the living human tissue covering its hyperalloy endoskeleton has degenerated – because every post-comeback Arnie film is apparently obliged to make reference to his age), Schwarzenegger is a shadow of his former self here, cutting a strangely detached figure throughout the film’s two-hour runtime. Having witnessed Judgement Day, survived the Rise of the Machines and wisely sidestepped Salvation with us, Schwarzenegger’s most enduring character is now oxidising rapidly before our eyes. An action icon in retrograde.

Interestingly, there are several points of comparison to be made between Genisys and Colin Trevorrow’s Jurassic World, another glossy retread that’s perfectly content trading off of the legacy of its predecessors. These films essentially serve to remind audiences how far Hollywood has come over the last 20 or so years with regards to both computer-generated and in-camera visual effects, but in that respect neither can really be called an improvement on the originals. They may be bigger, louder, toothier, yet despite the obvious technological advances the action sequences are less exciting than before. As long as blockbusters of this ilk keep striving to up the stakes by filling the frame to bursting with elaborate pyrotechnics, the storytelling will continue to suffer.

The similarities don’t end there. Jurassic World and Terminator Genisys each pit humanity against a supreme destructive force of its own making (Genisys even has its own Indominus Rex, albeit a less impressive specimen whose powers are somewhat vaguely defined), but the fallacious faux-ecological message they tout is that the world was ever ours to take back in the first place. Moreover, just as Jurassic World weighs itself down with the same allegorical anchor line as Steven Spielberg’s 1993 classic, so Genisys raises the same ethical concerns as Cameron’s earlier films – namely, society is at risk of becoming enslaved by consumer capitalism.

And that’s fine. After all, that very real fear has only calcified in the intervening decades, and to be honest we weren’t really expecting Genisys to bring anything new to the table as a social commentary. The problem is that Genisys is so earnest in its misplaced belief that what it has to say is not only profound but vital, espousing the cause of those who oppose today’s always-on culture by firing off several warning shots about the proliferation of social media. Just shut up and get back to blowing shit up, already! Yeesh.

Above all, Genisys is a staggeringly dull film. You could mount a case for its defence based on this being the first chapter of a proposed new trilogy, and consequently it is required to do a lot of heavy lifting in order to bring everyone up to speed. But that doesn’t pardon Taylor from engineering such a joyless spectacle. If this is a sign of things to come for the Terminator franchise, the nuclear apocalypse can’t come soon enough.

A colossal failure on every conceivable level.

Destined for the scrap heap.