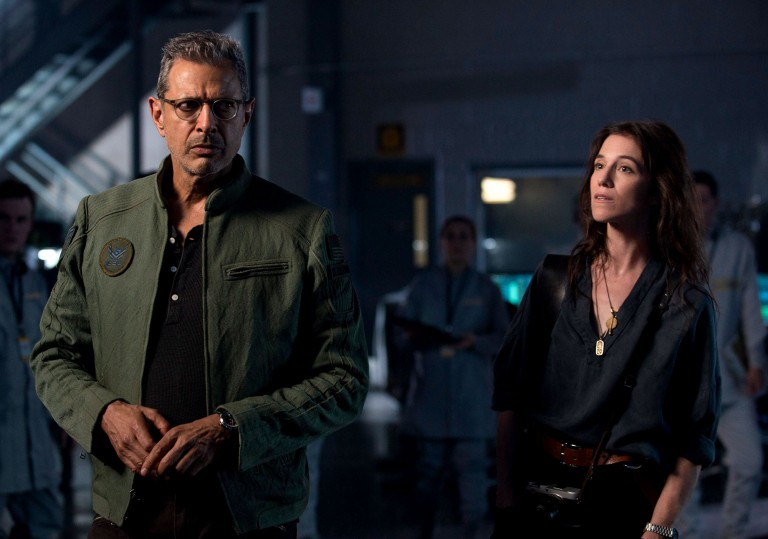 It is. But it just might be the most fun you have at the cinema this year.

A welcome hit of 90’s nostalgia. But please, no threequel.

It’s 2016 and Earth is in a state of unprecedented harmony. Science and technology are being used to fight famine and disease, not wars, and every world leader is united in an effort to preserve humanity while protecting the planet. There’s a woman in the White House and Will Smith is a global symbol of hope and solidarity. Seems an irksomely quaint scenario, doesn’t it?

Indeed, you could be forgiven for finding this olive branch-garnished cocktail a little too sickly to swallow, especially given the present climate of fear-mongering demagogues, mass shootings and deep-seated structural inequality. And yet there’s something irresistibly romantic about the contemporary utopia imagined at the start of Independence Day: Resurgence – not because it speaks directly to any specific real-world threat to our civil liberties but for precisely the opposite reason.

There’s no obvious agenda here (it is refreshingly apolitical compared to most other modern action blockbusters), nor does the film position itself as a brow-furrowed comment on our complex, deeply troubling times. Rather, director Roland Emmerich has delivered an unfiltered laser blast of cinematic escapism – a full-blooded sensory assault confidently stripped of all nuance and pretence in order to maximise its impact on a purely superficial level. Worried about Brexit? Watch Jeff Goldblum flip off the UN by breaking bread with a miscellaneous African warlord. Concerned by Donald Trump’s threat to build a wall along the US-Mexico border? Look, they just destroyed half the Western Hemisphere.

Despite being the highest-grossing film of 1996, Independence Day received mixed reviews upon release from critics who primarily targeted its weak characters, dialogue and story. This sequel-cum-remake doesn’t represent a significant upgrade in any of those areas, but in a roundabout way Resurgence is more enjoyable for it. The marketing campaign may have bombastically promised bigger, louder, more spectacular – as all marketing campaigns are obliged to do these days – but in practice this is more or less an affectionate pastiche of the original, a supercharged B-movie designed to exploit the current ’90s revival while unashamedly cashing in 20 years of its own inflated cultural collateral. It’s derivative in the extreme, exceptionally dumb (not even Liam Hemsworth’s distractingly handsome presence as a hotshot moon cadet can disguise that fact) and hugely entertaining.

Let’s be clear: artistically speaking, Resurgence, like its predecessor, is a largely unremarkable entry into the alien invasion canon. It doesn’t boast the best special effects or the most robust script – five credited screenwriters apparently contributed to what is effectively a high-frequency feedback loop of chest-swelling speeches, disorienting aerial combat and half-baked nuclear ambushes. And, more than any other franchise instalment in recent memory, this film cannibalises its own legacy with a flagrant, some might say dangerously cavalier, disregard for anyone unfamiliar with the earlier events on its narrative timeline.

Every crudely recycled motif and sentimental callback to a returning character – regardless of their rank or discernible contribution to the plot, both then and now – is drawn out for longer than seems strictly necessary. But you let it slide, because at this point being asked to reinvest in a group of protagonists who’ve been off our screens for more than five minutes feels like a novelty. Sure, it doesn’t make a whole heap of sense, but then nostalgia works in strange and powerful ways. So don’t waste time occupying your mind with trivial details like who decided to recast Vivica A Fox as a hospital administrator and why would Jeff Goldblum’s dad drive a school bus full of orphans into the middle of the Mojave desert. Instead, sit back, embrace the chaos and raise a toast to the end of the world.

It is. But it just might be the most fun you have at the cinema this year.

A welcome hit of 90’s nostalgia. But please, no threequel. 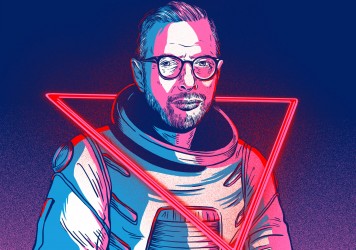