How Slacker celebrates the crazy logic of conspiracy theories

What does Richard Linklater’s early career hit tell us about the democratisation of mainstream culture? 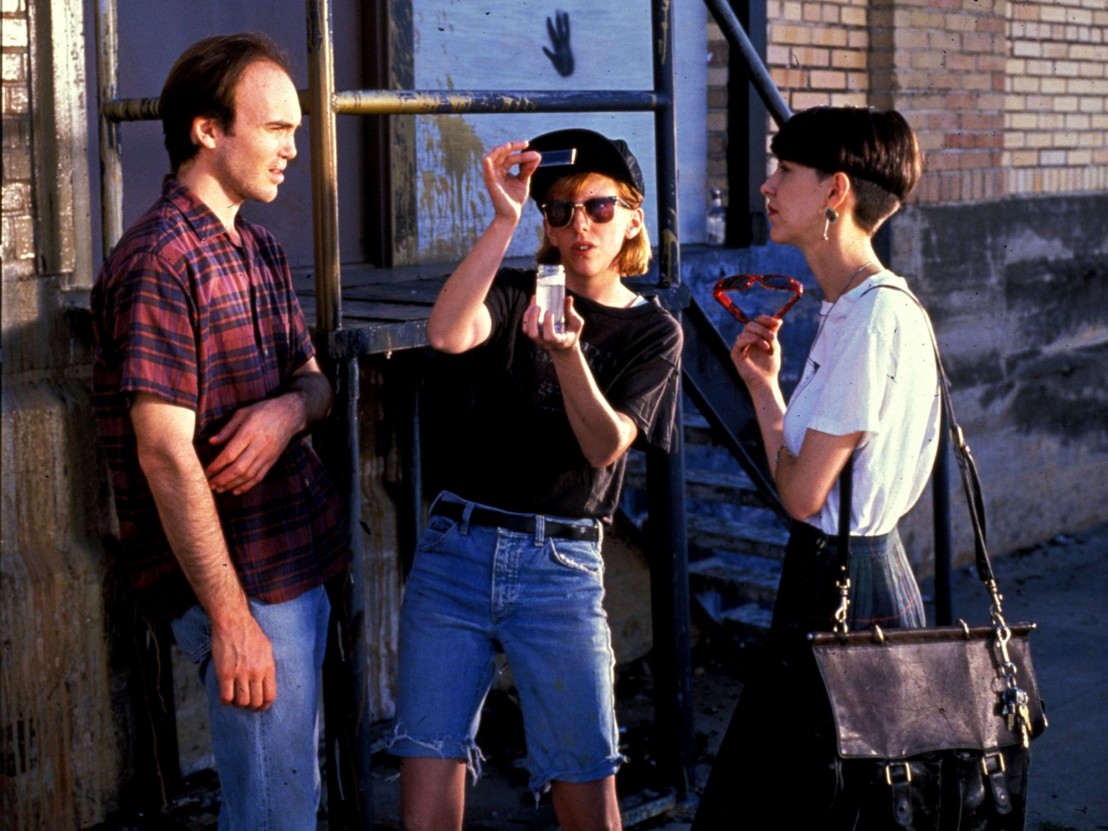 Released in 1991, Richard Linklater’s low-key epic, Slacker, traces a meandering route through the cafes and sidewalks of Austin in the early ’90s. Set over a single day, the film is full of scenes of the city’s ambiguously employed youth talking earnestly about anything other than the rent. Everyone, it seems, has something to say about what is really going on out there.

The theories start from the opening scene, where Linklater himself plays a traveller pondering alternate realities in the cab of a grimly uncommunicative driver. But one of the most memorable and endearing of Slacker’s rambling conspiracy theorists is John Slate’s JFK obsessive, who gets so much honest, geeky enthusiasm into his performance that it’s hard not to relate to him.

The scene begins with a woman (Sarah Harmon) leaving the dusty heat of the streets and entering the dusty shade of a bookshop, unwittingly straying into the territory of an old classmate (Slate) who emerges from the shop’s shadows like he’s been waiting there all day. “You know me,” he says, “I’ve been keeping up with my JFK conspiracy theories.” Sporting a full goatee and Hunter S Thompson glasses, he seems like a caricature, a figure lifted right out of a Doonesbury strip. But if it is a caricature then it’s an affectionate one. There’s even a hint of Linklater in the character: the slightly nerdy hipster pointing you to what, in the mess of culture around them, feels really important.

The whole episode plays out in a single shot that corners us between Slate’s character and the shelves of the true crime section – three breathless minutes of bullet trajectories and presidential assassination trivia. There’s the same awkwardness, the same disconnect you feel when someone just has to tell you all about this revelatory dream they had, or gushes about every new release from a band they have a deep connection with. “You know, the waitresses went on record in the Warren Report as saying that ‘Oswald didn’t like his eggs’,” he grins, as if to say, ‘get it?’ Outside of his private world, the details that are so evocative and real for him seem ridiculous. But Slacker provides some answers to the question of what’s driving this private obsession of a guy almost more interested in the cultural ephemera surrounding those seven seconds in Dallas than the event itself.

Austin has long been considered a liberal oasis in the red desert sands of Texas. The film’s characters spend their days in coffee shops and bookstores, and there’s always a feeling that the “real world” is somewhere off in the distance, with its assassinations and celebrities and politics. Violence looms like a hazy mirage on the horizon of Linklater’s Austin. Information reaches the city scrambled and exaggerated. What is important and what is real aren’t always clear. If the anxiety of the average internet user is that there’s just way too much information to process, in pre-digital age Austin these characters are left to piece together whatever incomplete fragments they can find.

The JFK conspiracy theorist who pores over each frame of the Zapruder film is no different to the cinephile who tracks down every rare director’s cut of their favourite movie, or the record collector who memorises every piece of liner note trivia. “Lot of truth in the Late Late Show,” says one Austin drifter. “They slip it through there, figure nobody’s watching.” He’s vindicating everyone who’s stayed up into the early morning in the glow of their television screen, feeling like they’ve broken through to a hidden world.

Near the end of Slacker we see some guys explaining how The Smurfs are preparing the globe for the imminent return of the Hindu god Krishna. They sound so out-there – so out of it – and yet nothing about their idle conversation feels alienating because we want to believe. The truth is, even the most fantastic stoner conspiracy can carry you along with its excited energy. We’re right out there with them.