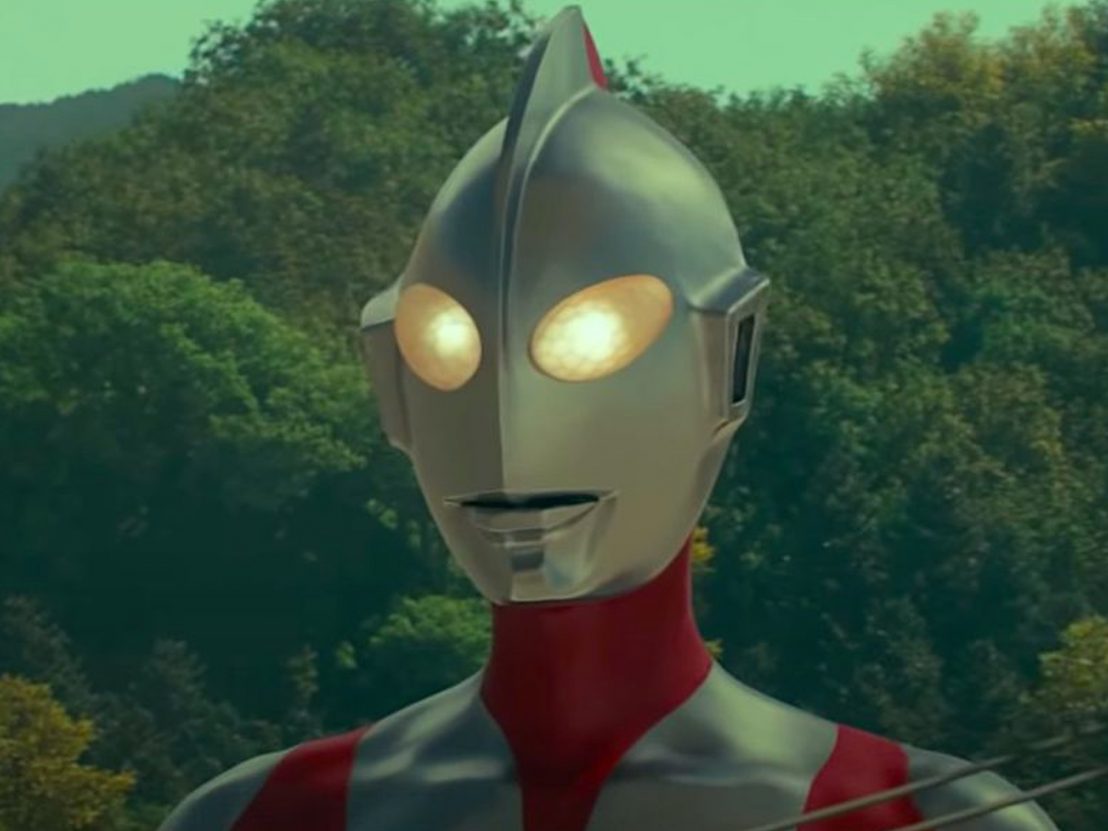 Today’s highly-anticipated release of Shin Ultraman in Japanese cinemas has been discussed by international audiences with a mix of anticipation and confusion. While the involvement of Hideaki Anno as scriptwriter has left many intrigued, audiences outside of Japan are far less familiar with Ultraman than they were with Godzilla when the famed anime director took his hand to co-directing a reboot of that creature in 2016. This Japanese pop culture icon may be visually recognizable to many around the world, but they remain relatively unknown outside of Japan and a few select Asian countries beyond a small group of loyal fans.

Anno’s chance to take the reins on the franchise is the culmination of a career inspired and indebted to a tokusatsu titan whose history is often overlooked, one which could similarly transform the character’s fortunes outside of its home country.

Understanding the origins of Ultraman starts with Ishiro Honda’s original 1954 Godzilla. Inspired by Hollywood movies like 1937’s King Kong and The Beast From 20,000 Fathoms that each enjoyed major financial success in Japan, Godzilla pioneered many special effects filmmaking techniques that remain the standard nearly 70 years later. While its success spawned a host of imitators from all major Japanese studios in the years that followed, the high costs associated with this style of tokusatsu filmmaking limited their existence to the silver screen, bar a few small-scale exceptions notable lacking the titanic kaiju battles of their big-screen counterparts.

That all changed in 1968 with Ultra Q. Eiji Tsuburaya, co-creator of Godzilla and responsible for much of the special effects in early Showa-hero films featuring the creature, had left TOHO in order to found his own company, Tsuburaya Productions. While they continued to work with TOHO, their aim was to produce special effects projects for TV that could be profitable without sacrificing quality, a goal achieved with this series.

This original series can be defined as a monster-of-the-week kaiju series more in line with something like Godzilla. Many of the ideas that define the Ultraman franchise and Shin Ultraman can be traced back to its sequel, named after and introducing the titular character. This series features a small crew known as the Science Patrol that help protect the Earth from alien forces. Shin Hayata from the Patrol bonds with the alien Ultraman following a crash that gives him the ability to transform into Ultraman for 3 minutes at a time, a power he uses to save the day whenever hope seems lost. This limited-time transformation into the iconic grey-and-silver Ultraman is a defining characteristic of each entry in the franchise thereafter. In Shin Ultraman, it is Shinji Kaminaga, a man working for the Japanese government’s Disaster Prevention Agency, that possesses this power.

Ultra Q and Ultraman offered something unlike anything else on 1960s Japanese TV by bringing the kaiju monsters kids had come to love into the home for the first time, and its success was immediate. The series was a massive ratings hit, with some episodes reaching as many as 39% of households across Japan when it first aired, fueling the massive merchandising and toy sales that followed. Its sequel series leaned further into its iconic hero by expanding focus on Hayata and his team, improving on the already-impressive TV ratings of the first series by inflating its scope beyond the original’s monster-of-the-week episodic storytelling.

And yet, outside of Japan and select countries such as Taiwan and Malaysia, the series has failed to capture the imagination of children in quite the same way. Ultra Q did air on TV in the US in 1967 in dubbed form, but sequels and merchandising failed to materialize due to the strict rules surrounding children’s TV at the time. It took until 2013 for this original series to reach US shores on DVD, with no other English-speaking countries receiving similar releases.

While its Western audience remains limited to a small group of diehard fans as a result, for those that grew up on Ultraman and particularly the 60s hysteria for the franchise such as Hideaki Anno, it was an inspiration. 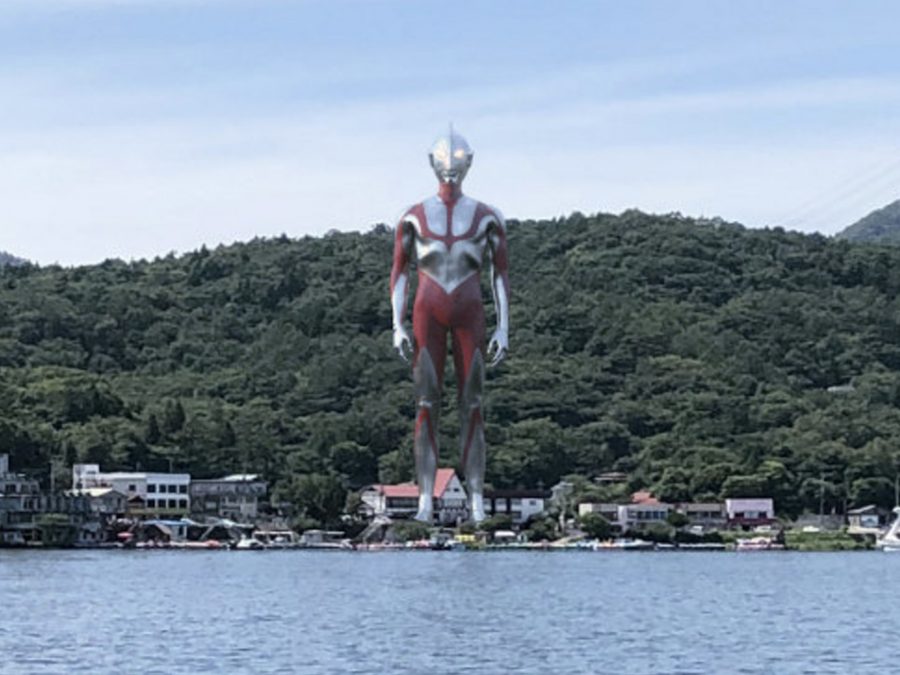 Indeed, Anno has made no secret of his love of tokusatsu in the past. When he and a few close friends formed the creative collective known as DAICON Films in university, they weren’t shy in flagrantly borrowing icons from franchises like Godzilla, Ultraman and Star Wars without permission to produce an anime short for an upcoming sci-fi convention titled DAICON III. The success of the short set the group on the road to eventually founding Studio GAINAX, but not before the group could produce their own live-action fan film titled Return of Ultraman.

The success of the philosophical, metatextual Neon Genesis Evangelion at the studio in the late 1990s allowed Anno the opportunity to turn his unofficial involvement in these tokusatsu favorites into something more official. First he curated museum exhibits collecting props from these iconic series, then came the opportunity to co-direct Shin Godzilla with fellow DAICON alumni Shinji Higuchi. Now he has the opportunity to make a similar mark on a franchise he loved as a child with Shin Ultraman, and he’ll complete a trifecta of dream projects when he steps back into the director’s chair next year for Shin Kamen Rider.

Yet it leaves a question over the film’s potential to make an impact internationally. While it is true that Ultraman’s iconic design and ubiquity make him one of the most recognizable pop culture characters to come out of Japan, the lack of accessibility for the franchise in many countries means that audiences internationally lack the emotional connection to a franchise that makes the film such a hotly-anticipated release. Perhaps it’s no surprise that, in spite of the buzz surrounding trailers for the film in part thanks to the talent involved, no global release has been announced or even whispered about for the film at this time.

Shin Godzilla provided a framework through which beloved icons could be reinterpreted in the modern-day, respecting the character’s roots while offering something entirely new. Shin Ultraman looks to be taking a similar approach by embracing the more humorous and silly elements of the original series while remaining a modern, bombastic reboot of a character that has endured for decades. Maybe, rather than the character’s unfamiliarity being a sticking point for a potential future international release, it’s an opportunity.

After all, the limited-run theatrical release of Shin Godzilla outside of Japan in 2016 saw impressive audience numbers of people who attended screenings on name recognition alone, something Ultraman enjoys in spite of a lack of familiarity with the intricacies of its titular character. The market for such theatrical releases has also evolved and grown in spite of COVID since this time as well.

There exists a significant overlap between Western tokusatsu and anime fans, a market that has exploded in recent years from limited one-night-only affairs to bonafide box office hits like Demon Slayer. With a growing audience also seeking out subtitled theatrical releases for a new perspective on cinema and noticeable online buzz for this movie, what’s stopping Shin Ultraman from making a mark where many previous franchise entries have struggled?

With an ongoing Netflix animated series, increased accessibility to classic entries, and now an internationally-renowned creator in Hideaki Anno putting his own spin on the series, this could be an opportunity for the character to step into the international spotlight. Anno, in an attempt to pay tribute to his childhood icon, could be the catalyst for a new, global era for his beloved hero. Wouldn’t that be a story to tell? 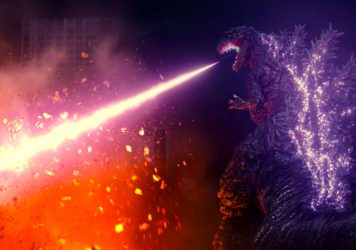 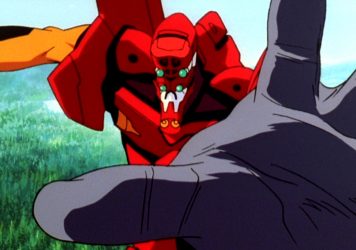