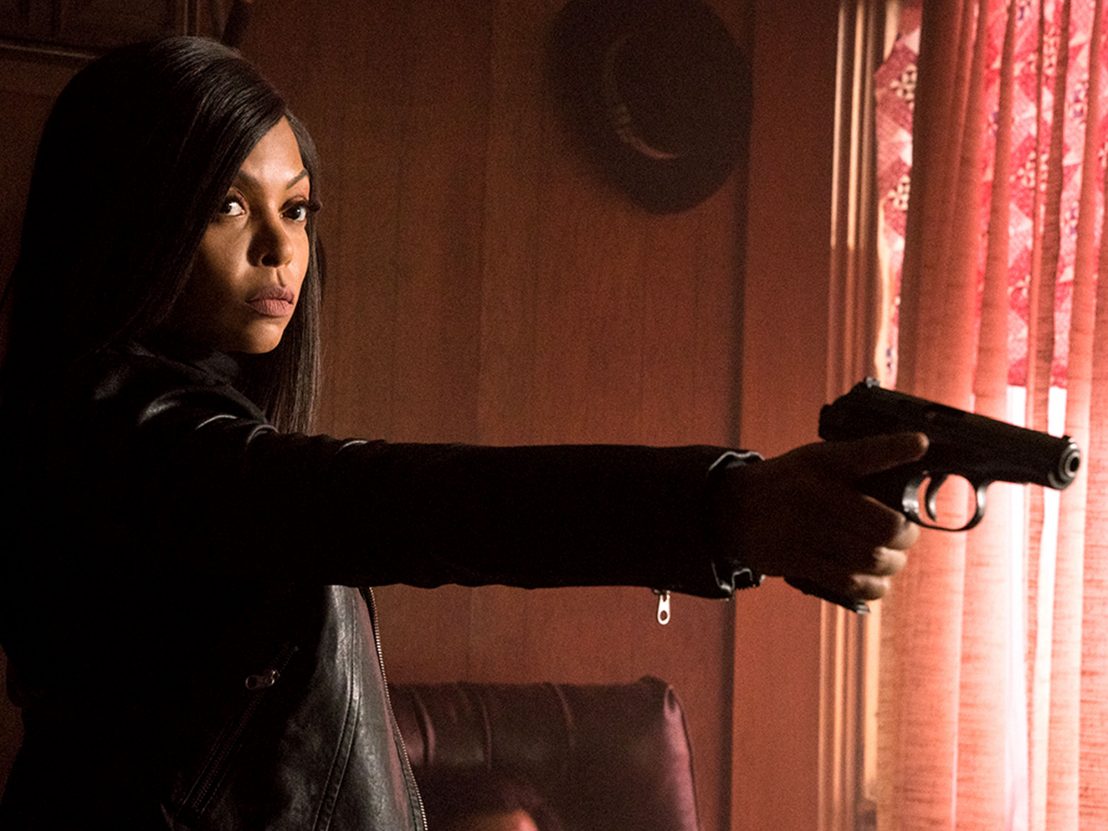 With its unwavering fetishism of heavy artillery and fitted leather jackets, Proud Mary, seems cut from the same well-tailored cloth as recent stylised actioners John Wick and Atomic Blonde. Yet the film, in which Taraji P Henson plays an assassin, also raises a fist in solidarity with an earlier, more garishly attired group of movie heroes: the action women of the Blaxploitation era.

It’s there in the film’s title, reverse engineered to fit a ’70s theme song (Tina Turner’s Clearance Clearwater Revival cover), and its serif-centric, Ed Benguiat-inspired logo. It’s there in the teaser posters depicting Henson in gun-toting silhouette and sporting an afro collaging the film’s action. And it’s there because, well, the archetype still casts a shapely shadow over pretty much every black female action hero who’s come along, all too infrequently, since.

But to locate Blaxploitation as the big bang for the black female action hero would be to ignore Lola Falana saddling up as a cowgirl slash showgirl in 1967’s Lola Colt (aka Black Tigress). Beyond its star’s conspicuous musical numbers, it’s an identikit spaghetti western, yet its servitude to the conventions of a genre dominated by white male heroes only makes the presence of a sexy, headstrong black female lead (whose race is never negotiated) feel more ahead of its time. In fact, the film didn’t reach US audiences until 1976 – a cash-in on both Falana’s campaign for Faberge’s Tigress fragrance and the Blaxploitation boom.

Pam Grier set the standard with Coffy and Foxy Brown, both directed by B-movie maestro Jack Hill. By the time Coffy violently dispatches a pusher, just after the Roy Ayres-scored titles, the Grier persona − caring and community-minded but resourceful and ruthless − is as plain as the gaping shotgun hole in his head. If Foxy Brown pulling a pistol from her afro distils the character’s black-and-proud but down-and-dirty credentials, then her delivery of a white crime lord’s pickled genitals to his partner perfectly captures Grier’s hostile takeover of the action hero crown from its historical white male holders. Indeed, the flamboyant fashions and hip-shaking titles of Foxy Brown, a rebadged sequel to the grittier Coffy, and the speedboat chase in ‘Sheba, Baby’ lend her run a Bond-esque feel. 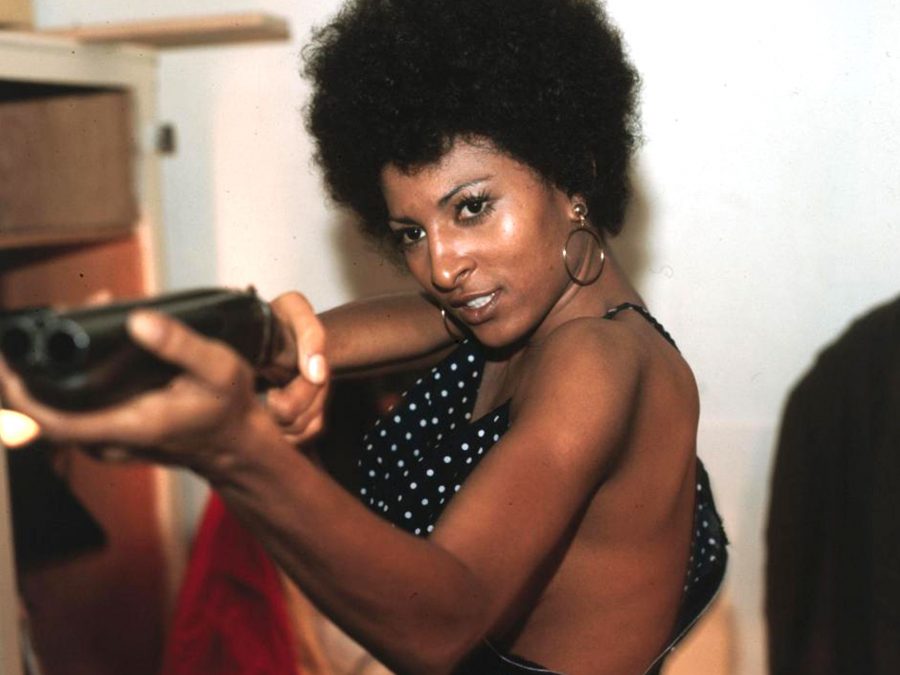 Grier had back-up. There’s a touch of 007, too, about Tamara Dobson’s Corvette Stingray-driving, sequel-securing super-agent Cleopatra Jones, while Black Belt Jones finds Gloria Hendry, fresh from the Blaxploitation-borrowing actual Bond movie Live and Let Die, taking on both her father’s killers and Jim Kelly’s chauvinism. When Kelly suggests, “Do those dishes or something,” Hendry shoots the crockery before responding, “They’re done.” TNT Jackson and Velvet Smooth, starring Jean Bell and Johnnie Hill respectively, bolstered a movement that, like Blaxploitation as a whole, would soon fizzle.

If throughout the 1980s the black female action hero seemed like the stuff of sci-fi, then by 1995 it thankfully was. Mace, Angela Bassett’s security expert in Kathryn Bigelow’s dystopic LA techno-thriller Strange Days, occupies the centre of a Venn diagram intersecting Grier’s Coffy with Sigourney Weaver’s Ripley (as tooled up by Strange Days producer and co-writer James Cameron). It may be the turn of the millennium, but, like her ’70s predecessors, Mace fights both corrupt white power structures (with clear Rodney King echoes, LAPD cops have murdered a talismanic black rapper) and cinematic subjugation: “Driving Mr Lenny” she notes as she chauffeurs her screw-up buddy Lenny Nero (Ralph Fiennes) around town.

In 1996, assisted by rappers Lil Kim (“Rap’s Pam Grier”) and, of course, Foxy Brown, the attitude and iconography of the Blaxploitation queens returned like Coffy avenging her drug-addicted kid sister. Set It Off, in which four African-American women conspire to rob a bank, stars Queen Latifah as the Uzi-toting Cleopatra Sims, while Theresa Randle’s aspiring actor in Spike Lee’s Girl 6 pays homage to Foxy Brown (while dressed as Cleopatra Jones) in an empowering fantasy sequence.

Grier herself protected the neighbourhood against gang violence in Blaxploitation reunion Original Gangstas and alien invasion in Tim Burton’s Mars Attacks!, throwing in a turn as a gang leader in Escape From LA before triumphantly headlining Jackie Brown, Quentin Tarantino’s reference-riddled love letter to her peak years persona. Tarantino would later nod to one of Grier’s peers with Vernita ‘Copperhead’ Green, Vivica A Fox’s assassin in Kill Bill: Vol 1 and 2, whose alias ‘Jeannie Bell’ name checks the TNT Jackson star.

You could argue that this never-ending nostalgia is regressive − your average Denzel Washington or Idris Elba actioner doesn’t self-consciously quote, say, Shaft or Hammer − but equally, one can posit that, post-Black Lives Matter and #MeToo, we need a full-scale return to action for these heroes. With a Misha Green-penned Cleopatra Jones remake in the works, Hulu developing a Foxy Brown TV series starring Meagan Good and Kylie Bunbury picking up Teresa Graves’ police badge for ABC’s reboot of TV show Get Christie Love!, you had, to quote Coffy, “better believe it’s comin’.”