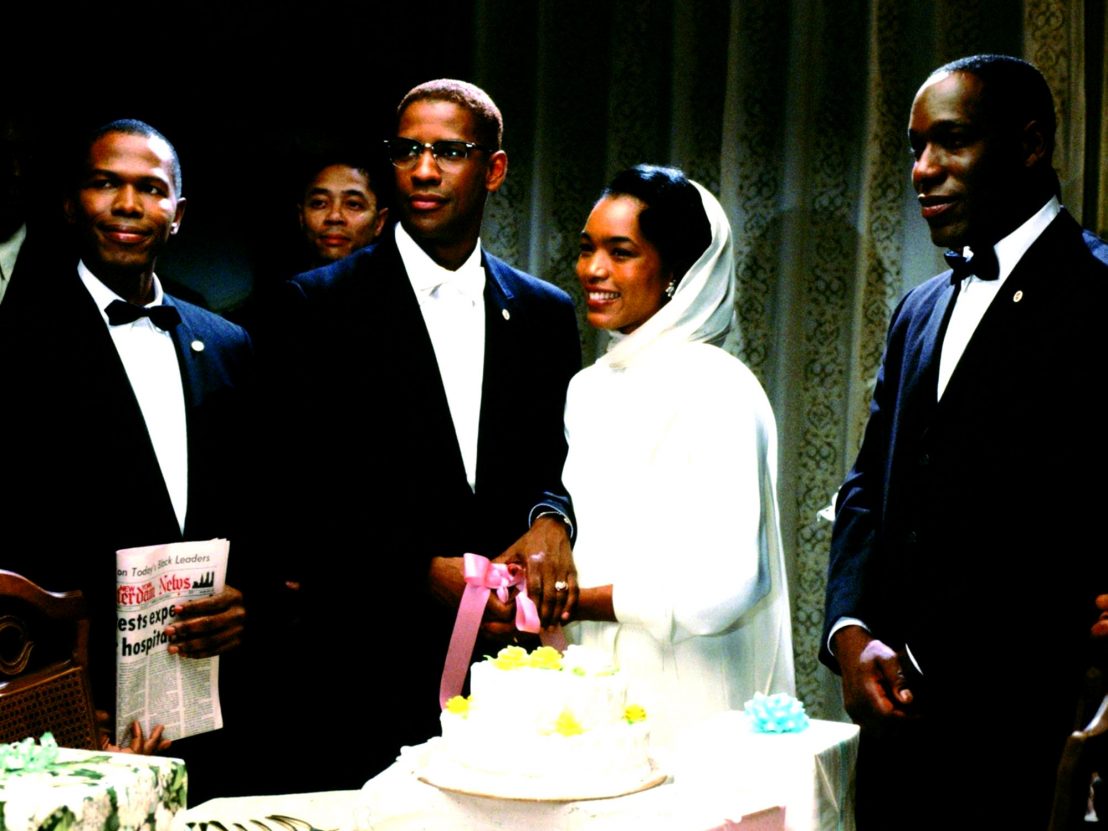 Spike Lee’s visual flair and showmanship have made him a darling of film buffs, but the in-yer-face politics and warmth of his best work are what keep audiences coming back. His influence runs so deep that most of the black filmmakers I know simply refer to him as “Uncle Spike”. An eternal outsider who longs to be a populist, Lee has remained outside of film darling circles for most of his career, which has lately been reinvigorated by the surge in non-traditional studios like Netflix and Amazon.

To pick out his best film would be a fool’s errand, but Malcolm X, which turns 25 this month, is arguably his most daring, troubled and spectacular film. Both Malcolm and Lee are agitators who never have been or are really interested in being respectable. The film was released in 1992, with racial tensions in America running high following the Rodney King brutality, which Lee splices into his opening credits. This isn’t simply about the past, he’s warning us.

To many the film was doomed before it was even in the can. The original script was written in 1968 by Arnold Perl and James Baldwin (Baldwin’s family later asked for his name to be taken off the project), based on the book ‘The Autobiography of Malcolm X’ by Alex Haley and Malcolm X. Lee was brought on in ’91, and was immediately dogged by interference from black cultural leaders and the Nation of Islam (indeed all references to Louis Farrakhan were removed after Lee was threatened directly). Some have accused it of being a movie made by committee.

Malcolm X is the zenith of Lee’s working relationship with Ernest Dickerson, who shoots the three sections of the movie in separate glorious palettes. The pair’s wilful use of colourful sets and costumes, particularly in the first half, is genius. Lee incorporates fantasy sequences – smashing pie into a rude customer’s face – to remind us that this isn’t authentic history, but the mind of Malcolm as Lee sees it. Indeed, the first person to speak in this movie is Lee himself – putting himself into firm relation with his idol (and earning a raised eyebrow from this writer, truth be told). At times tipping us into fantasy, Lee is making us aware of how much Malcolm is putting on a costume, playing at different characters – my hair stands on end in the scene where Malcolm painfully chemically straightens his hair and then with genuine glee proclaims, “It almost looks white don’t it”. It’s not until we see him put on that grey suit and the infamous glasses that reality clicks into place.

The real marvel of Malcolm X is that it truly earns its epic three-hour running time. The sense of inevitability and dread is palpable throughout; with every frame we know we are getting closer to the terrible moment of Malcolm’s assassination, which is precisely when Lee sticks the knife in by flooding our ears with Sam Cooke’s ‘A Change is Gonna Come’. It’s almost cruel. Lee toys with us by flooding the movie with repetitions and reflections, almost as though the story is folding in on itself in an attempt to put off the future. It’s also joyously Easter-egged with appearances from real-life civil rights leaders like Bobby Seale, Al Sharpton and Nelson Mandela, and peppered with winking film references, such as Malcolm rolling around in the surf with Laura as a nod to From Here to Eternity. And at the heart of all this is perhaps Denzel Washington’s finest performance.

Malcolm X left an impression of all these things on me when I first watched it as a teenager. But do I feel the same way about it now? In short, no. It’s obviously an essential part of the canon, but the seams are there. The film is overwhelmingly, chest-beatingly macho. As in so much of black cinema, it worships hyper-masculine black bodies – the refrain through the film of the successes of black sports heroes may be somewhat ironic, but actually it suggests Lee may be stuck in hero-worship mode. I sometimes wonder if the film is not all that provocative after all.

It’s central provocation seems to be around the audacity of presenting Malcolm as a hustler and crook, but its centring of male ego is pretty standard. And it doesn’t even present its subject entirely honestly – as has been widely discussed, there is absolutely no reference to Malcolm’s time as a sex worker, or his sexual relationships with men. Black cinema is crushed by heteronormative narratives (even Raoul Peck’s recent documentary I Am Not Your Negro includes only the briefest hints at James Baldwin’s sexuality) in the same way the black civil rights community has for the longest time refused to include LGBT people. There is still not an openly gay black household name anywhere in the world.

And so to my real issue, which Malcolm puts best when he says, “I don’t like women who talk too much.” The choices for the women in the film seem to be prostitution, violence, or silence. In the first half hour we are introduced to five prostitutes, one virgin (who later becomes a prostitute), and a mother in the asylum. How is this the Spike Lee of She’s Gotta Have It? I partly wonder whether there’s much point in critiquing this film’s position on gender, given the overt and sometimes violent misogyny of the black civil rights movement. Who can forget Stokely Carmichael’s “The only place for a woman in the movement is prone”? Well, Stokely, I raise you one Betty Shabazz, as played by Angela Bassett in the most underappreciated performance of her career.

When she is on screen she is magnetic, whether demure under her headscarf or proudly glamorous on stage next to her husband. Lee develops a tiny leitmotif for her – the pink of the ice-cream sundae she eats on their first date, the pink of the ribbon on their wedding cake, the pink of her earrings just before the house is burned down. She is extraordinarily complex, too – publicly demure, privately sensual, a leader in her own right, a mother to six (completely silent) girls, a qualified nurse, and a woman wrestling with her own faith and the Nation of Islam. She is the first person to call out Elijah Mohammed, and the scene where she confronts Malcolm about Mohammed’s abuses of power is simply electric. The tragedy is that all we get are glimpses and glimmers of this complicated woman. Bassett is onscreen for all of 20 minutes, which given the film’s length, is somewhat disappointing.

The elephant in the room is that we’re now watching this film in the world of Donald Trump. The KKK are back on the streets of America, black men haven’t stopped being murdered by the police, the school to prison pipeline shows no signs of drying up, the voting rights that Malcolm X and Martin Luther King fought for are being rolled back. I could go on. But maybe this film reminds me in what are truly dark times that this is also a world where Barack Obama happened – and where Michelle Obama happened too. Political wives are moving out from behind their husbands to have powerful independent political careers with lasting change.

Maybe what I mean more is that black women are being seen just that little bit more. The door has cracked open an extra couple of inches. A dark skinned woman and her two beautiful daughters lived in the White House. They reminded us that black women can be so much more than sidekicks, emotional support, sassy best friends, cannon fodder or background colour. We’re claiming back political, media, creative, activist, queer, feminist, economic and educative spaces. So when I watch Malcolm X 25 years on, I admire it in a myriad of ways, but maybe it is a slightly dead thing for me. A relic. It speaks to a part of history that, like most of history, is not for me. My time is now, the time to create change is now, and as Malcolm X tells us, “by any means necessary”.