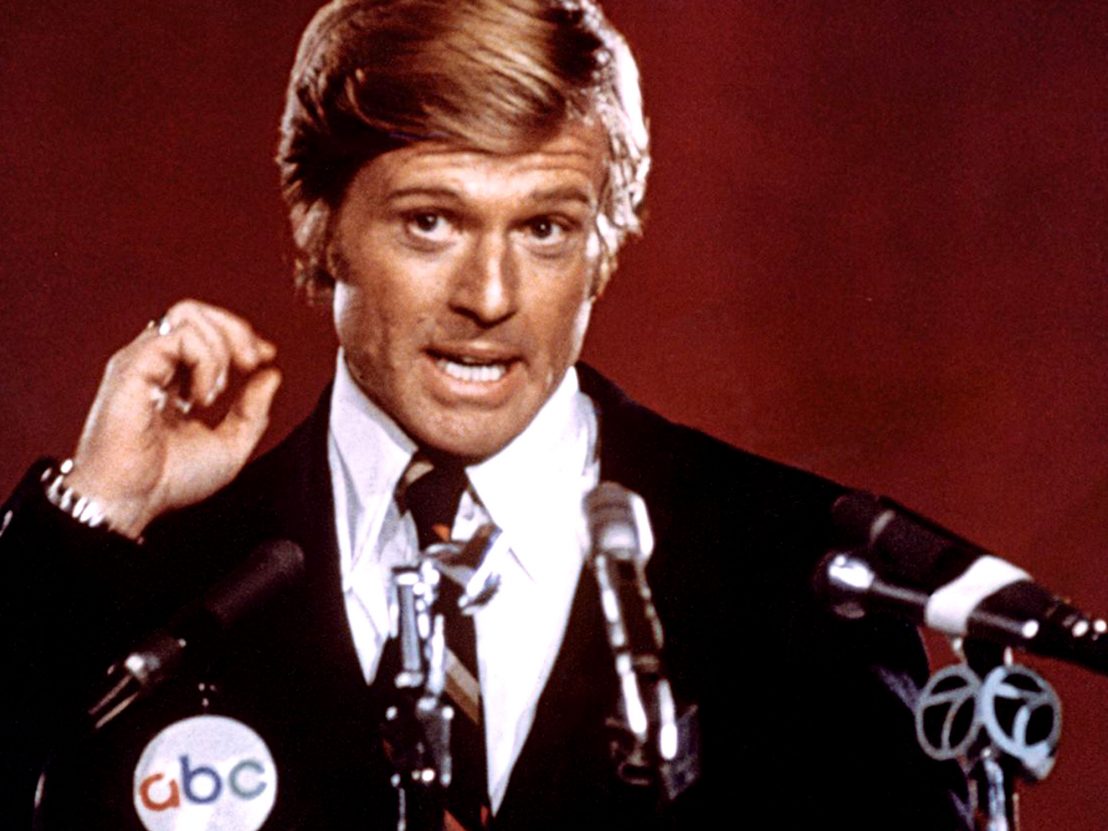 In 1987, Democratic candidate Gary Hart saw his chances of becoming POTUS destroyed after the press printed lurid revelations about his extramarital affair. Jason Reitman’s latest offering, The Front Runner, starring Hugh Jackman in the lead role, dramatises those events, but it also tells the story of the beginning of the end – the historical moment when a political candidate’s personal life suddenly became more important than his politics.

Regardless of whether you believe that the villain here was the press or Hart himself, the film illustrates the dramatic appeal of political campaigns not only for the tabloid media but also cinema. By necessity – and long before Hart – public politics have seen a gap between behind-the-scenes machinations and in-plain-view presentations, between truth and appearances: two ingredients at the heart of cinema.

Alan J Pakula’s All the President’s Men explores the dynamic between truth and lies by focusing on two Washington Post journalists whose investigation into the bugging of the Democratic Party National headquarters unveiled more deceit and wrongdoing than they ever could have predicted. Essentially a film about ethics in journalism, All the President’s Men derives its bone-chilling dramatic power from the suggestion that the Watergate scandal might just have been the tip of the iceberg – that American politics might me even more rotten than previously thought, with ramifications across both the CIA and the FBI.

The film’s title is taken from the same nursery rhyme that gave its name to Robert Rossen’s 1949 noir All the King’s Men:

Both films follow a political candidate who, in his fall, drags with him all the people who worked for him. In All the President’s Men, monetary compensation is the motivating factor for many of Nixon’s accomplices; secret source “Deep Throat” tells Carl Bernstein (Dustin Hoffman) and Bob Woodward (Robert Redford) to “follow the money”.

Things are more complicated in the less cynical All the King’s Men, where good people find themselves on the wrong side of history under more tragic circumstances. In the film, journalist Jack Burden (John Ireland) sides with populist and liberal politician Willie Stark (Broderick Crawford) because he genuinely believes in him. When more and more dirt comes out about the candidate’s personal life, Jack believes Stark’s political goals are worth a lie or two – until they aren’t. Stark is shot to death by a man whose father’s death was collateral damage in Stark’s campaign. Jack realises too late that his hopes blinded him to the truth, and made him cruel.

As dark and brutal as it is, All the King’s Men nevertheless offers a comparatively utopian vision of politics where wrongdoers eventually get what they deserve. There is an existential resonance to All the King’s Men, one that is reportedly even more pronounced in the source material. But if we’ve learned anything since the current US President was elected, it’s that what goes around doesn’t necessarily come around.

Otto Preminger’s Advise & Consent represents a more sobering vision of politics where history is written by the winners, with little attention paid to casualties. In the film’s most unsettling turn, a congressman is blackmailed with information about his history of homosexuality, and commits suicide. Shockingly, the blackmail does not come from the brash Senator Cooley (Charles Laughton in his final role), but from the more liberal side of the floor. It seems the ends justify the means and, with no honourable character to guide us, the ending is cynical in the extreme. 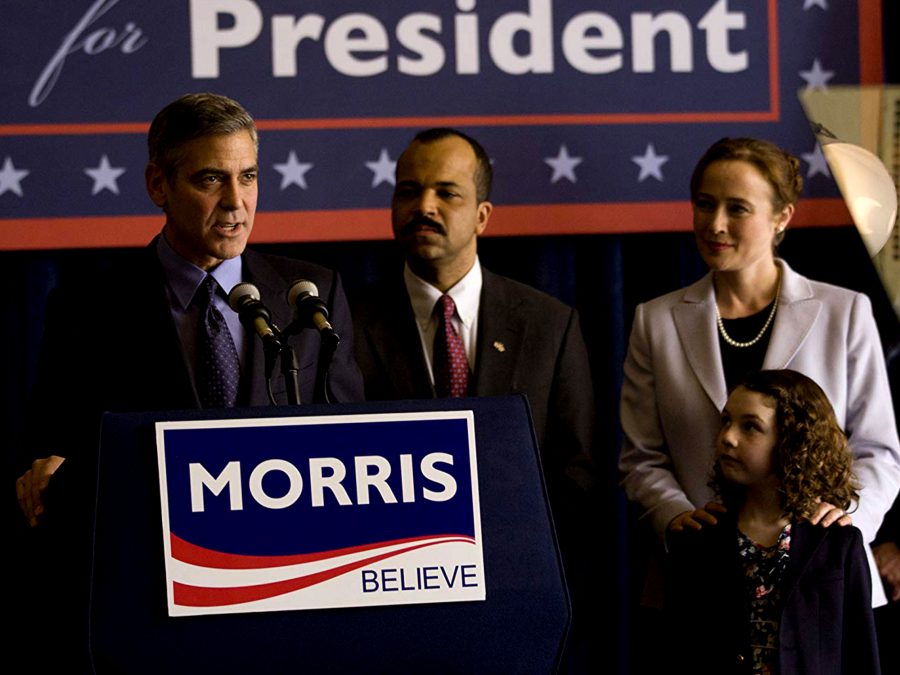 In both Mike Nichols’ Primary Colors and George Clooney’s The Ides of March, morality is embodied by a young campaign manager working for a candidate who proves much less admirable than he first appears. The casual sleaze of John Travolta’s Jack Stanton (heavily based on Bill Clinton) and of George Clooney’s Mike Morris do not constitute major roadblocks towards victory, although revelations about their private lives prove soul crushing to the idealistic young campaign managers (Adrian Lester’s Henry Burton and Ryan Gosling’s Stephen Meyers respectively). Yet they both stay on because by the film’s end, they get what they really wanted: their candidate has won. But at what cost?

While Primary Colors suggests hypocrisy in politics is nothing new, and that Burton was simply naive, The Ides of March imagines a similar scenario as a fall from grace. As Clooney’s Morris says, “Every time I draw a line in the sand, and I keep moving it. Fund raising, union deals… I wasn’t going to do any of it.” When a young staffer he made pregnant commits suicide, he unscrupulously moves that line even further to ensure the truth never comes out.

It should be clear by now that movies about American politics tend to be extremely cynical. But in this context perhaps no other film can rival Michael Ritchie’s The Candidate. Set up by a political election specialist as the Democratic opponent to a popular Republican candidate, Robert Redford’s Bill McKay is set to lose, and is thus allowed to run his campaign the way he desires.

McKay uses this opportunity to spread his values, but pays more attention to his place in the polls than to the actual content of his arguments, careful to stay behind the Republican candidate. However, at the end of the film, so successful has McKay been at telling the people exactly want they want to hear, that he unexpectedly wins. Just as a crowd of journalists arrives, he turns to the election specialist and asks, “What do we do now?”

The idea of accidentally stumbling into a political reality where charisma fully replaces an appeal to political and moral values might seem disingenuous. But in making the naive, moral centre of the story the candidate himself – as opposed to the campaign manager, who always remains a kind of outsider in these films – The Candidate draws attention to the fundamental split between the candidate as an individual on the one hand, and as an image constructed by other people in the other. McKay has less control over public opinion than he thought he did, and greatly overestimated the perceptiveness of voters.

The identity crisis at the centre of The Candidate finds its joyous and frankly bonkers echo in Warren Beatty’s Bulworth, a satire of the political election thriller that makes a party out of the election circus. Beatty plays Jay Bulworth, a liberal but unpopular senator who, in view of his poor chances at a re-election, hires a contract killer to murder him so that his daughter can get the insurance money. But when the killer does not show up, the sleep-deprived Bulworth goes out of control.

Deliriously happy to be alive, the candidate begins spitting rhymes about the hypocrisy of politicians in front of live audiences and on television. Carried through by Bulworth’s progressive policy ideas and by his genuine encounters with people of the South Central Los Angeles ghetto, the film is as hilarious as it is rousing, gleefully opposing all the cliches around political campaigns. Here, no lies from Bulworth’s team can cover up his madness.

This time the collateral damage isn’t the innocent but the guilty, rotten politicians. And Bulworth’s popularity isn’t based on his personality but on his ideas. The film’s sour ending, as depressing as it is, confirms the genuine rage at the heart of a film that demands a system where politicians should simply be allowed to be better.