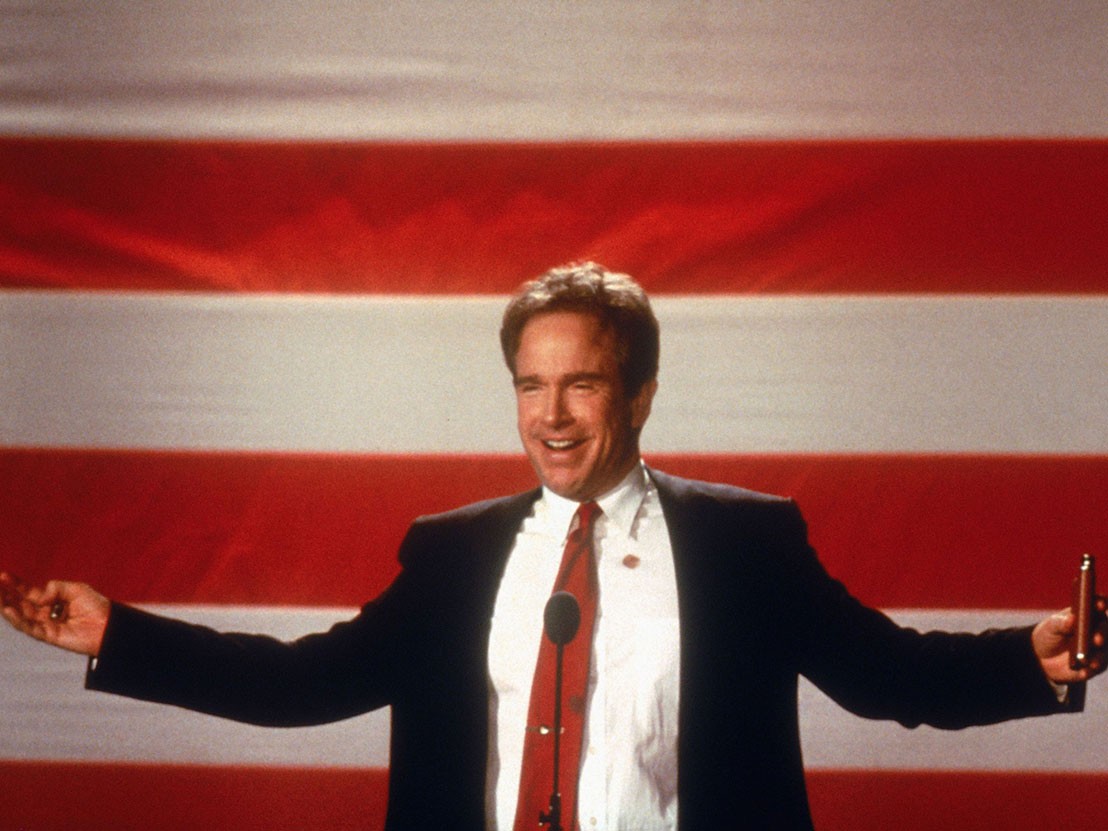 This short clip of Malcolm X’s famous “Bamboozled” speech doesn’t really do justice to a film littered with incredible podium pitches. This marked the point Denzel Washington went from being an amazing actor, to an unimpeachable god of the screen. The sound and fury he injects into each and every syllable gives the imprecision that he’s not merely reciting these words, but he believes in them too.

As print baron Charles Foster Kane decides to parlay his assets into the political arena, this speech marks the moment he believes he has the position of Governor of New York all sewn up. And yet, this speech proves that a public display of good character is only half of the battle, as his ambitions are scuppered when his campaign is hamstrung by the kind of scandal he himself would’ve scooped up and planted on the front page.

Warning: if you decide to watch the video below this text, of Charles Laughton reciting the Gettysburg Address, go first and fetch a handkerchief. In fact, grab a whole box of the damn things. Leo McCarey’s hilarious fish-out-of-water comedy sees a conservative English butler forced to up sticks and decamp for the wilds of America – all down to a gambling debt. This sequences effortlessly cuts through the comedy with solemn shot of stirring patriotic rhetoric.

It is, of course, written into the statute books that all lists of this nature must include Bill Pullman’s rousing speech ahead of Independence Day’s climactic sky battle. The POTUS has been forcibly displaced from the White House by a pesky giant laser canon, and so opts to deliver his decisive battle cry into a bull-horn while propped on the back of an airport luggage carrier. A legend, and a man of the people.

Frank Capra’s cinema is jam-packed with inspirational speeches, often politically charged, but this one, which leads to a filibuster in the House of Representatives, is one of the most inspirational. Jimmy Stewart, as a wet-behind-the-ears backwater senator, heads to the nation’s capital to embrace the sharp political discourse and gentlemanly rough and tumble of life on The Hill. What he finds is rank corruption and vile greed, and so decides to take matters into his own hands with a from-the-heart declamation on the need for a politics that’s pure from institutional evil.

Was this one of those sad instances of a film arriving just a little too late in the day to get the wheels of its Oscar campaign moving? Or, was it a sign of the ingrained racism at the core of awards season? Either way, one of Ava DuVernay’s top trumps here is the all-in performance by British actor David Oyelowo as Dr Martin Luther King, who nails the mannerism and delivery style of the late freedom fighter so well, that his speeches are akin to watching the man himself. If it’s not too glib to remark, they should’ve given Ava the vote.

Gus Van Sant’s 2008 film puts viewers into a strange, but necessary position: what if you’re watching a person who, from all angles, doesn’t seem very nice, but when as you’re looking and listening, they’re displaying such magnetism and such allure, you can’t help but soak up the words that they’re saying. Case in point, Sean Penn playing San Franciscan gay rights activist Harvey Milk. He’s superb in the role, wholly empathetic and completely shedding away any IRL tough-guy baggage. His “I want to recruit you!” speech is one of the film’s early high points.

It’s a sad fact that, if you’re looking at the current race for the White House, Warren Beatty’s 1998 film Bulworth feels scarily prescient. It follows a corrupt senator who heads out on the campaign trail. He’s so riven with guilt and depression that he’s taken a hit out on himself. With death looming, he heads to various LA fundraisers and galas and he decides to tell it like it is. And in this case, he embraces the medium of hip-hop. Below is the moment in the film where he first strays from the script and decides to tell a black church congregation why politics has nothing to offer them.

Okay, so this is not officially a political speech, as it’s part of the famous Jim Garrison conspiracy trial. Regardless, its outcome pretty much concerned the legitimacy of the entire American political class. At this point in his career, people tended to mock Kevin Costner as a one-note actor, but the way he delivers this rousing summation, where he reaches the very verge of tears but just manages to pull himself back from the edge, is a movie acting masterclass. See the whole thing here in all its nine-minute glory.

They say it’s always good to end on a song, so what better way to round things off than to join Grouch Marx making silly rhymes about totalitarian oppression? Concerning the leader of the state of Freedonia, the film poses the pertinent question: what if absolute power drove some men to compete and total idiocy? As Groucho’s Rufus T Firefly lists the ways he plans to crush the spirit of his people, and braying aristocrats cheer him on. And what happens to those who disobey him? “We stand ’em up against the wall and pop goes the weasel!”

Tags: US Election US President